Has it ever happened before in senior championship inter-county ? Four brothers in midfield! 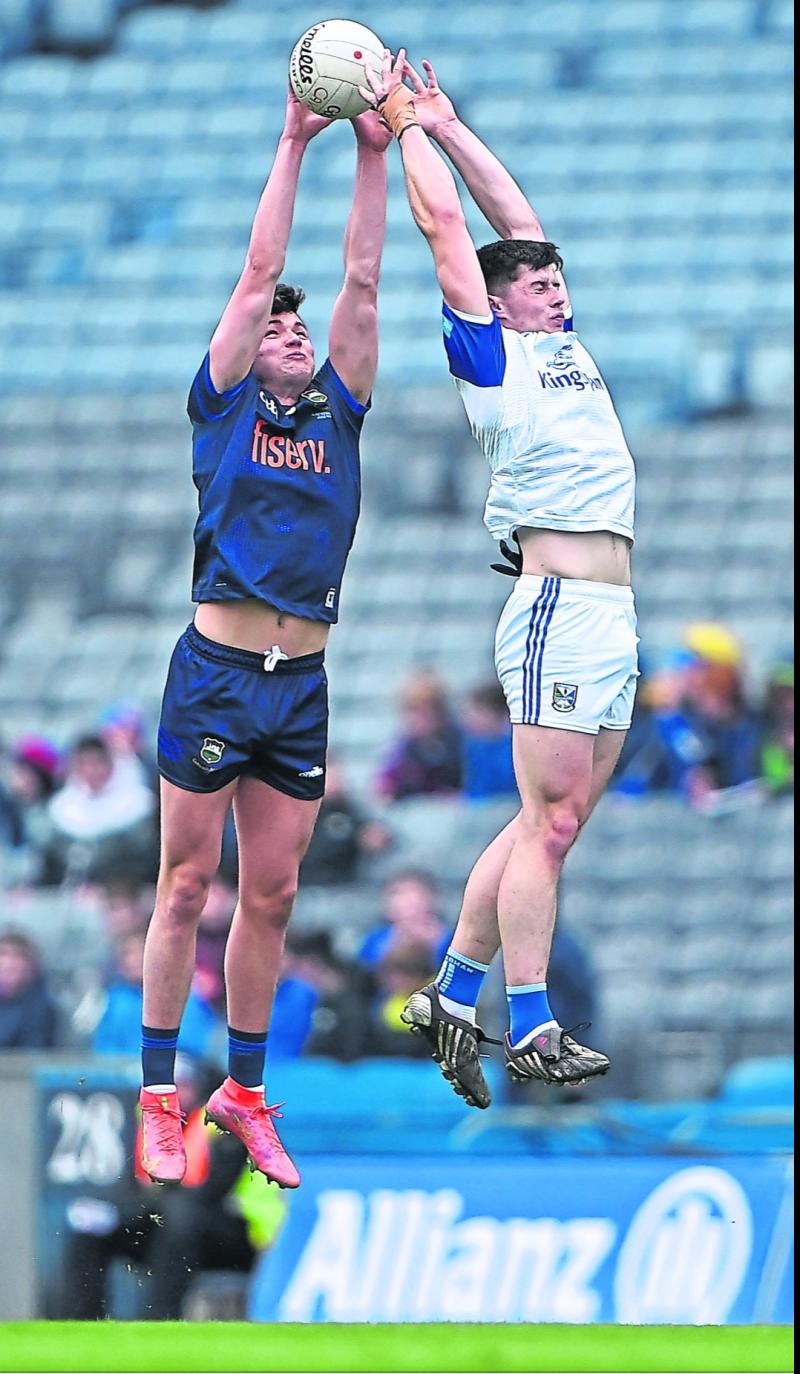 Tipperary midfielder Conal Kennedy in action in this year's Division 4 League final. He lines out alongside brother Jack against Waterford who have brothers Michael and Jason Curry at midfield.

This evening in the Munster Senior Football Championship quarter-final game at Fraher Field in Dungarvan, if the sides line out according to the programme, it will certainly happen.

No 8 and No 9 for Tipperary are Conal Kennedy and Jack Kennedy from Clonmel Commercials, while their opposite numbers for the home side are Rathgormack clubmen Michael and Jason Curry.

There is, of course, a third Kennedy brother, Colman, who played in the league game earlier this year between the sides, but who is unavailable for today's clash.

Also today, at centre-forward for Waterford will be Stephen Curry, a cousin of Michael and Jason.

The brothers-in-arms contest will certainly add a little spice to the occasion.

The game in Dungarvan will commence at 7 pm, with Clare and Limerick also in action in the Munster championship in Ennis, that games throw-in at 6 pm. Both winners will meet in a semi-final.