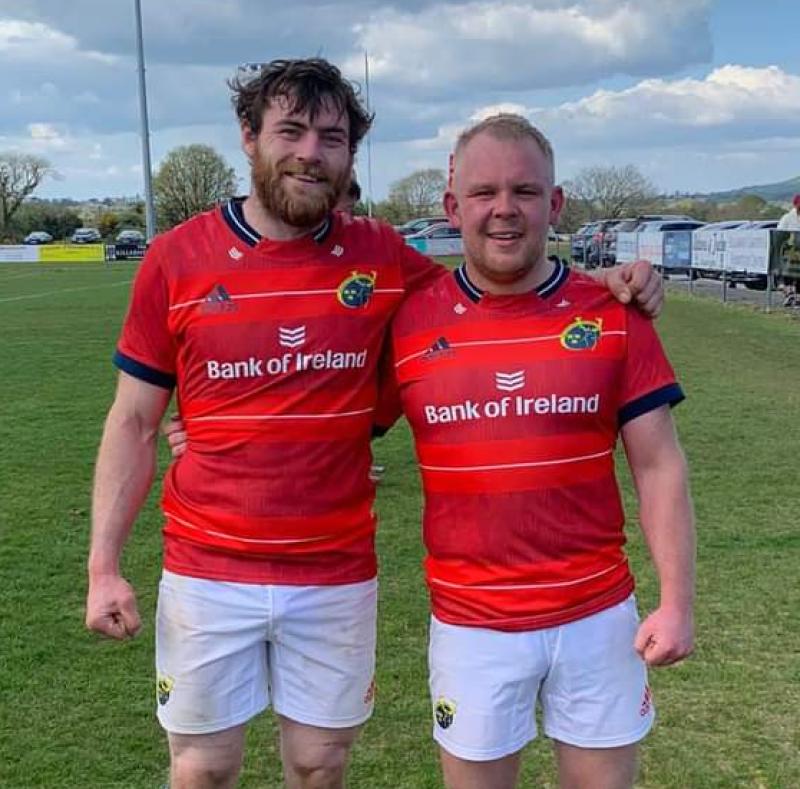 Kilfeacle and District’s Kevin Kinnane and Ricky Whitney who helped the Munster Junior Inter provincial team defeat Ulster by 39-17 at Tralee on Saturday last. The team is captained by Kevin.

The IRFU Junior Men’s Interprovincial Series 2022 moved into it’s second round of games in which Munster moved to top of the table with one round of games to be played after defeating Ulster 39-17 at Tralee RFC.

Kilfeacle and District have a vested interest in this year’s tournament as the Junior Men’s Interprovincial team is being captained by our own Kevin Kinnane.

Kevin is joined on the team by Kilfeacle and District’s own Ricky Whitney. Both men have played pivotal roles in the tournament so far having put in sterling performances in both games and each has scored a try. The final round of games is happening this weekend.

Munster Juniors travel to New Ross next Saturday, May 7, to face Leinster in their final game, where a win should be enough to see them crowned champions.