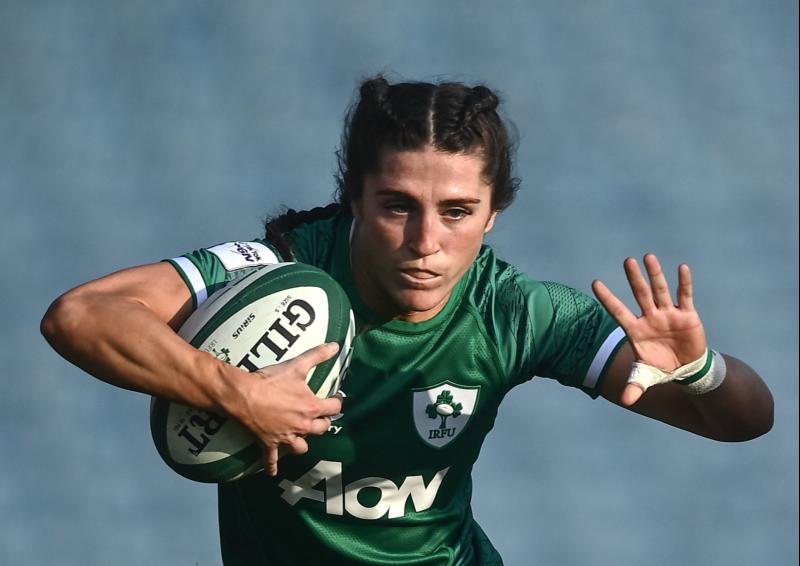 Four tries from Tipperary Town’s Amee-Leigh Murphy Crowe inspired the Ireland women’s team to a 22-14 bronze final win over France at the HSBC Canada Sevens last weekend.
After winning silver in Seville, Aiden McNulty’s side followed up with bronze medal success in Langford in Canada, where they claimed victories over Japan, Brazil, the USA and France.
Murphy Crowe topped the tournament’s scoring charts with 12 tries.
The squad is now focusing its attentions on Toulouse at the end of the month for the final leg of a memorable HSBC World Rugby Sevens Series.
27-year-old Murphy Crowe had played for the 15-a-side Irish team in the TikTok Women’s Six Nations tournament alongside fellow Tipperary woman Dorothy Wall earlier this year.
An Irish team that included Fethard’s Wall wound down their campaign with a last-gasp 15-14 win over Scotland last weekend.