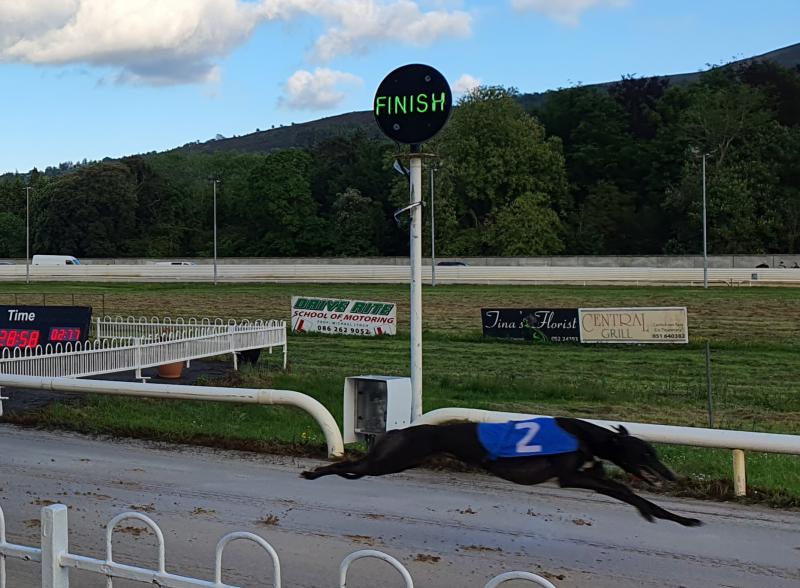 The Graham Holland-trained Swords Rex has tightened his grip on favouritism to win the Larry O’Rourke National Produce Stakes at Clonmel Greyhound Stadium following a sensational first round performance.

Fresh from his Con and Annie Kirby Memorial victory at Limerick, this son of Droopys Sydney – Starry Display produced one of the best performances ever seen at the County Tipperary venue as he ran out a comfortable winner from trap two, clocking 27.93, just six spots off the track record held by Clares Rocket, who was also trained by Tipperary-based Holland.

With sectionals of 2.72 and 15.63, Swords Rex has been cut into 5/2 from 7/2 favourite with BoyleSports to win the National Produce Stakes and claim back-to-back classics but he wasn’t the only one who impressed last Sunday.

Halo has been cut into 6/1 from 33/1, making him the new second favourite for trainer Declan Byrne. Last seen when winning the Transcages Ireland ON2/ON3 Unraced Stake Final at Waterford in March, Halo recorded a blistering 28.09 in his heat.

This son of Laughil Blake – Murlens Maura won by a length to Droopys Nice One, who has been trimmed into 8/1 from 14/1.

Other heat winners that have seen their odds shorten include the Pat Buckley-trained Gaston Pecas, who is 25/1 from 33/1, and Emers Spike for trainer Owen McKenna, who is 14/1 from 20/1.