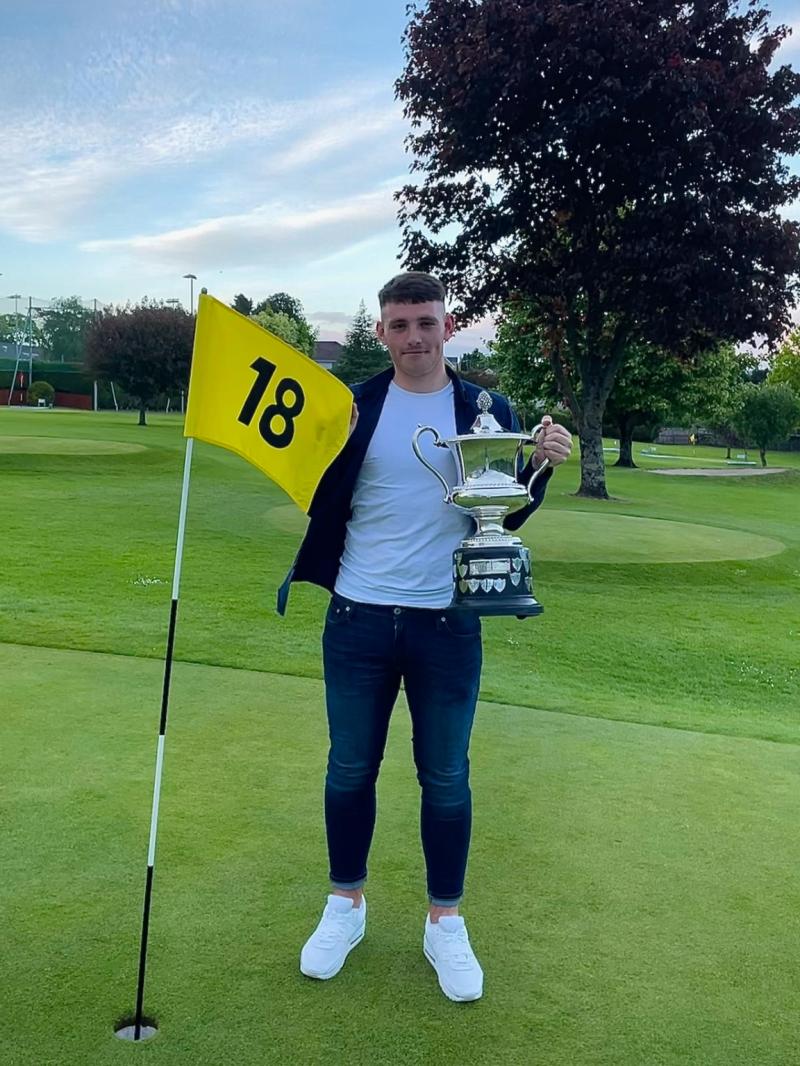 The annual Hillview Scratch Cups were a great success, with over 160 players from all over Munster competing and 3 Hillview players emerged victorious in their categories.

Kyle Kennedy won the Senior Event, adding to his success in Mallow, Marco Comerford won the Intermediate Event and Gemma Martin won the Junior Ladies, with more Hillview players collecting place and net prizes. The full results are as follows.
Gent’s Senior: Paddy Power Cup: Overall Gross Winner was Kyle Kennedy (Hillview) 90. The Runner-up was Michael Fennell (Lakeside) 91 and third was John Fitzgerald (Hillview) with 93. The Overall Nett Winner was Conor Fahy (Bruff) 90.
The Gent’s Inter: Phelan Cup: (Phelan Groundwork’s) was won by Marco Comerford (Hillview) 99 (B18), the runner up was Paul Malone (Tipp-Hills) 99 and third was Aaron Hogan (Riverdale) 100. The Overall Nett Winner was David Cahill (Hillview) with 87
The Gent’s Junior for the Hillview Cup, was won by Michael O’Donoghue (Tipp-Hills) with 103, the runner up was Jamie Power (Gowran) 107. (B18) and third was Tommy Kiely (Hillview) 107. The net winner was Jerry Bergin (Hillview) with 86.