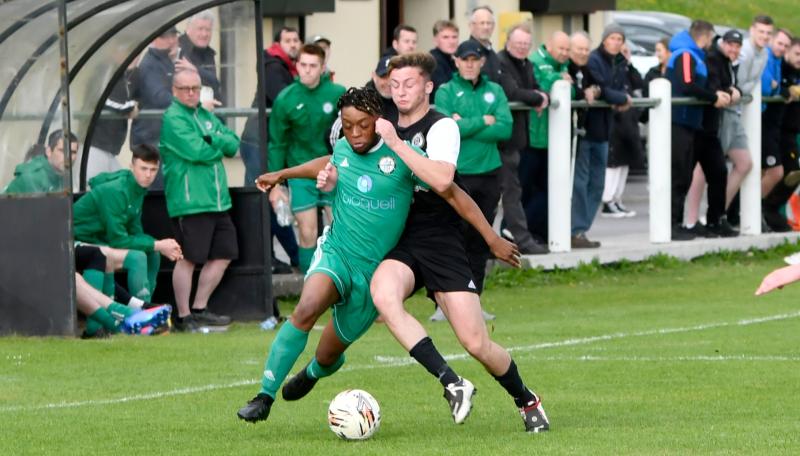 St Michael’s v Wilderness Rovers, Cooke Park, Friday, June 3, 7:15pm
With the TSDL football season in South Tipperary coming to a close after another long season, the leagues blue riband cup event throws up a novel pairing on Friday night in Cooke Park, when recently crowned First Division champions Wilderness Rovers go in as underdogs in their attempt to knock Premier League champions in waiting, and TSDL kingpins St Michael’s off their lofty perch.
The Tipperary town club some might say are coming to the end of a golden period in their history, but they show no signs of letting up their vice like grip on the domestic football scene. Any disappointment that they may have fallen short in their attempts this year in the FAI Junior Cup and Munster Junior Cup, should be tempered by the reality that in both competitions, it was the team that put the Saints out, went on to win the competition themselves.

But the heartbreak of losing last weekend in Cork to Fairview Rangers will weigh heavy on the players minds going into another Cup final here. That along with the fact that they were made go all the way to extra time to overcome another Division 1 side, Peake Villa in the semi -finals, may be a source of hope for their opponents at the weekend.
And those opponents, Wilderness Rovers will be going into the game on a high, after sealing not only Premier League promotion, but the league title only a week ago to the delight of their very committed club members and supporters. They went through their league campaign unbeaten and only suffered three losses in the whole season, so they will not be short on confidence no matter how long on odds the bookmakers marking the event may make them.
The game itself could well turn out to be a tight tactical battle with the holders expected to have the majority of possession and the Clonmel side sitting back looking to find chances on the break, but no matter what the eventual outcome, it has the makings of a great game.
Cooke Park in Tipperary town, at 7.15 pm on Friday evening is definitely the place to be and all support will be welcome. Hopefully another exciting season of Tipperary football can draw to a close for the summer.