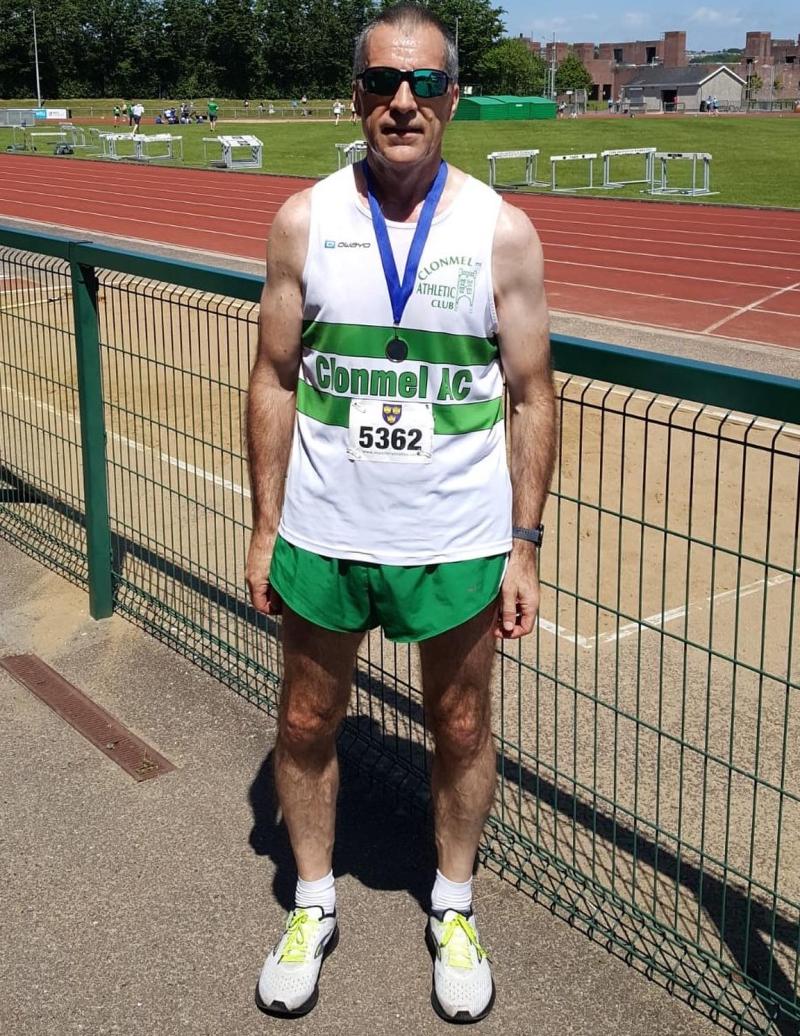 Fresh from his recent European success in Grosetto, Italy, John Laste got back to the all-important bread and butter domestic competition when competing at the Munster Masters 5,000m track race walking event, which was held in conjunction with the Munster Combined events at the MTU in Cork last Saturday.

John, along with race walkers from clubs across the province, took to the line at 2pm on one of the hottest days of the year so far this year. It was fantastic to see a club like St Brendan’s AC entering five athletes in the event and it’s always a welcome sight to see new entrants in this event, which is really growing in popularity among all the age groups from juveniles to masters.
This was the final time that John would compete at the over 55 level, as he turns 60 later this year and he got a good look at the opposition he will have next year in Pat Murphy of Castleisland, Co Kerry. Pat, a historic figure in the world of race walking, has held almost every title (if not all) in this country and beyond. He too is fresh from the trip to Grossetto, where he won the bronze medal over 60. It is hoped that John and Pat will combine on future Irish teams and in particular the World Masters Championships in Tampere Finland in July this year.
The race was between both athletes and Pat went out on a fast first lap, with John tucked in behind. They went through the first kilometres in 5 mins 45 secs but in the second kilometre John fell off the pace a little, due to adjustment in his technique. The very efficient Kerry man opened a good 100m gap, which was more or less held for the remainder of the race. Pat Murphy stormed home the race winner and over 60 champion, with John coming in a convincing second and taking the over 55 title in a time of 29 mins 52 secs. Both athletes spoke about how exciting it will be next year to challenge and inspire each other competitively. It was at this very event and venue that John first competed in a race walk competition in 2019 and met Pat Murphy. On that occasion, John recalls Pat lapping him three times, which is testament to the progress made in the past three years.
John now turns his sights to the World Masters in Finland in July, then the National Track in August and the final event of the year, the National 10k in December.

It will be a very busy year ahead for our senior coach as he divides his time between running his own business, doing his own training and coaching our senior athletes in the club two nights a week