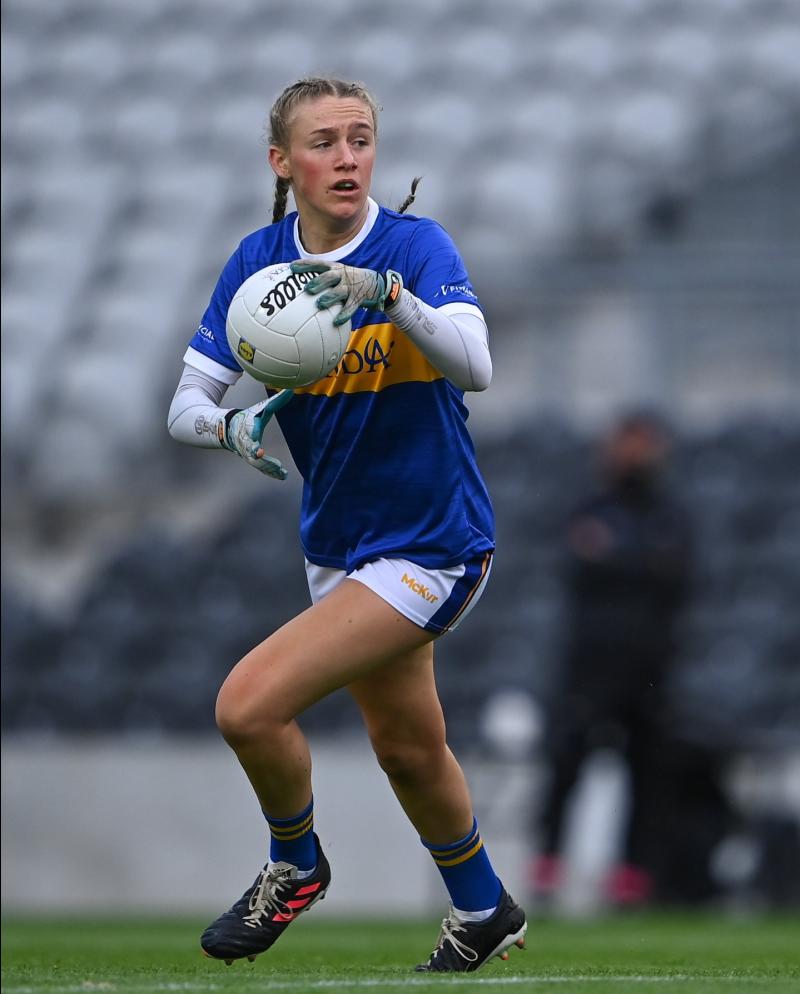 Emma Morrissey scored 2-4 including the winning penalty, deep into added-time, to seal Tipperary’s place in the TG4 All-Ireland Senior Championship for 2023, with Cavan heading for the relegation play-off instead.
Morrissey found the top-corner with aplomb after her teammate Angela McGuigan was fouled in the penalty area in the 62nd minute at Kingspan Breffni.
Cavan were left shell-shocked at the death and now face a relegation decider to see if they too can avoid the drop to the intermediate ranks.
In what was a free-flowing Round 3 tie, Tipperary won most of the battles and most crucially, the war itself, to take the spoils.

Tipperary following two earlier defeats to Mayo and Dublin travelled without first six choice players for a variety of reasons but took the game to the Ulster side from the off.
Tipperary scored their first goal in the 14th minute when midfielder Marie Creedon combined with late call-up Róisín Howard to put the influential Morrissey through for a well-taken goal.
Morrissey’s first strike propelled the visitors into a 1-2 to 0-2 advantage and wind-backed Cavan struggled to eat into that cushion.
But, thanks, in the main, to Lauren McVeety’s free-taking, the hosts hung in there. A long-range McVeety effort helped cut Tipperary’s interval lead to a very manageable two points, when Cavan trailed by 1-4 to 0-5.
The majority of the play remained around the middle third of the field. Poor shooting, a difficult to judge wind and a greasy sod conspired to produce a dogged duel seemingly beset with nerves and tension.
The game seemed to be Tipperary’s to lose but six wides by the visitors in the third quarter had Cavan breathing a huge sigh of relief. 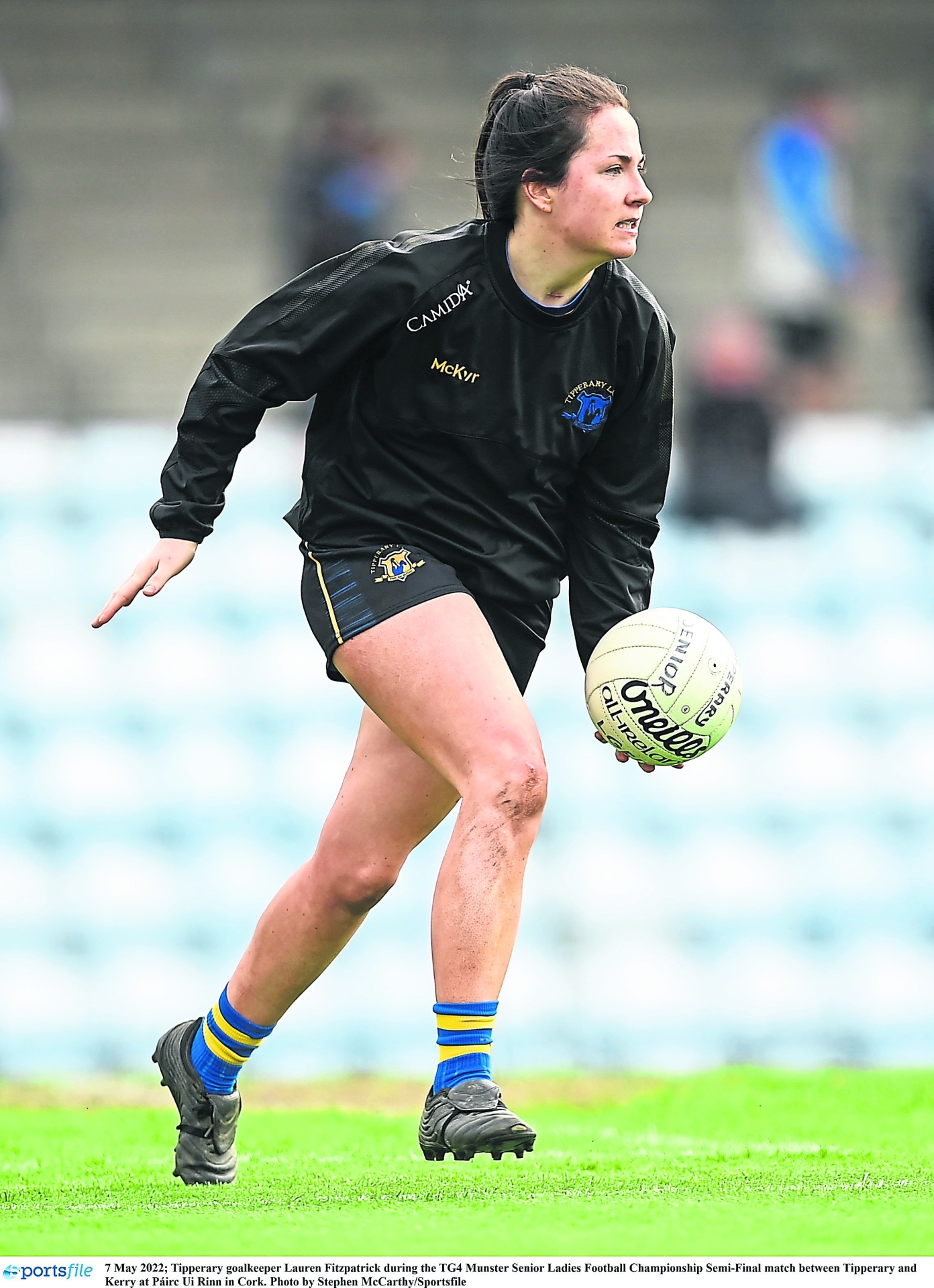 Tipperary keeper Lauren Fitzpatrick pulled off a crucial penalty save from Lauren McVeety in the 48th minute, a save that was to prove vital before the game was finished.

The Ulster outfit nabbed a lifeline in the 48th minute when Geraldine Sheridan was fouled but Lauren McVeety’s penalty was saved by Tipperary goalkeeper Lauren Fitzpatrick, before being hacked clear.
But McVeety made up for her miss in the 51st minute when she fired home low past the advancing goalkeeper, following a storming run by Geraldine Sheridan through the heart of the visitors’ defence.
However, Tipperary had a sting in their tail, saving their best until last with Morrissey scoring the resulting penalty and Cavan left to dwell over a relegation play-off.

Congratulations to manager Peter Creedon and all the backroom team on pulling off this great win. Breffni Kingspan has been a happy hunting ground for Tipperary teams this year with the senior footballers also pulling off a big win there in March in Division 4 of the National League.