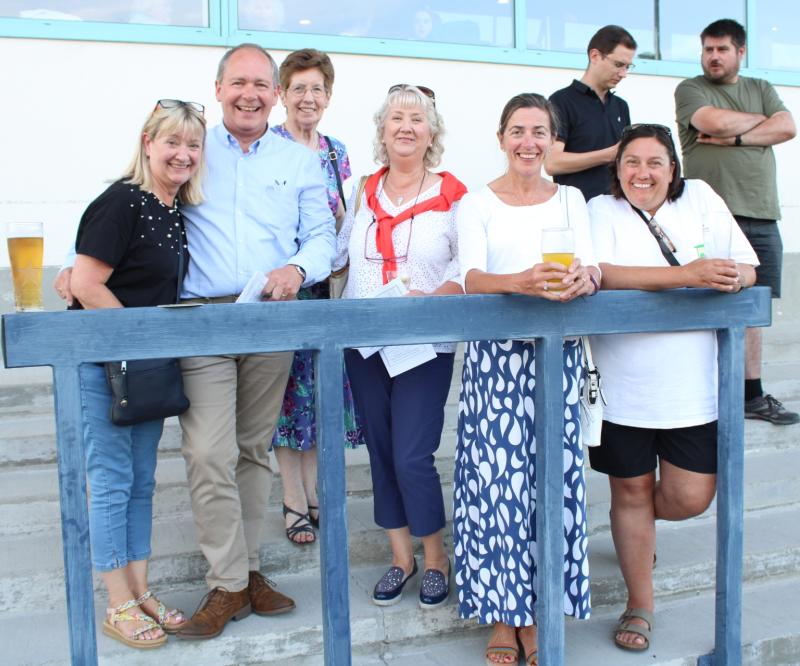 Due to the extreme hot weather conditions Sunday night’s racing at Clonmel Greyhound Stadium was cancelled in fact all greyhound racing throughout the country was called off from Saturday evening. Despite most tracks having air-conditioned kennels it was the travel that concerned the authorities and correctly so they decided with animal welfare to the fore that all meetings should bed called off.
Friday night’s meeting indeed did go ahead, and the eight-race card was highlighted by a first time win for Dark Major owned by Denis Dwyer and Susanne O’Neill from Cashel with the fastest clock of the night. A son of Over Limit and Socks Away on his eight outing stole the show from the opening turn and maintained a strong gallop to win comfortable in 29.16.
Beginners luck maybe but it was a memorable night for The Goldmine Five Syndicate from Thurles when Bandontyherun a Dec20 son of Bull Run Bolt and Goldmine Charm trained by Dick Purcell won the novice race of the night. This was the first ever greyhound for the syndicate and indeed their first time at a greyhound track and although there are five owners it seemed like there were 25 as they cheered their winner home. 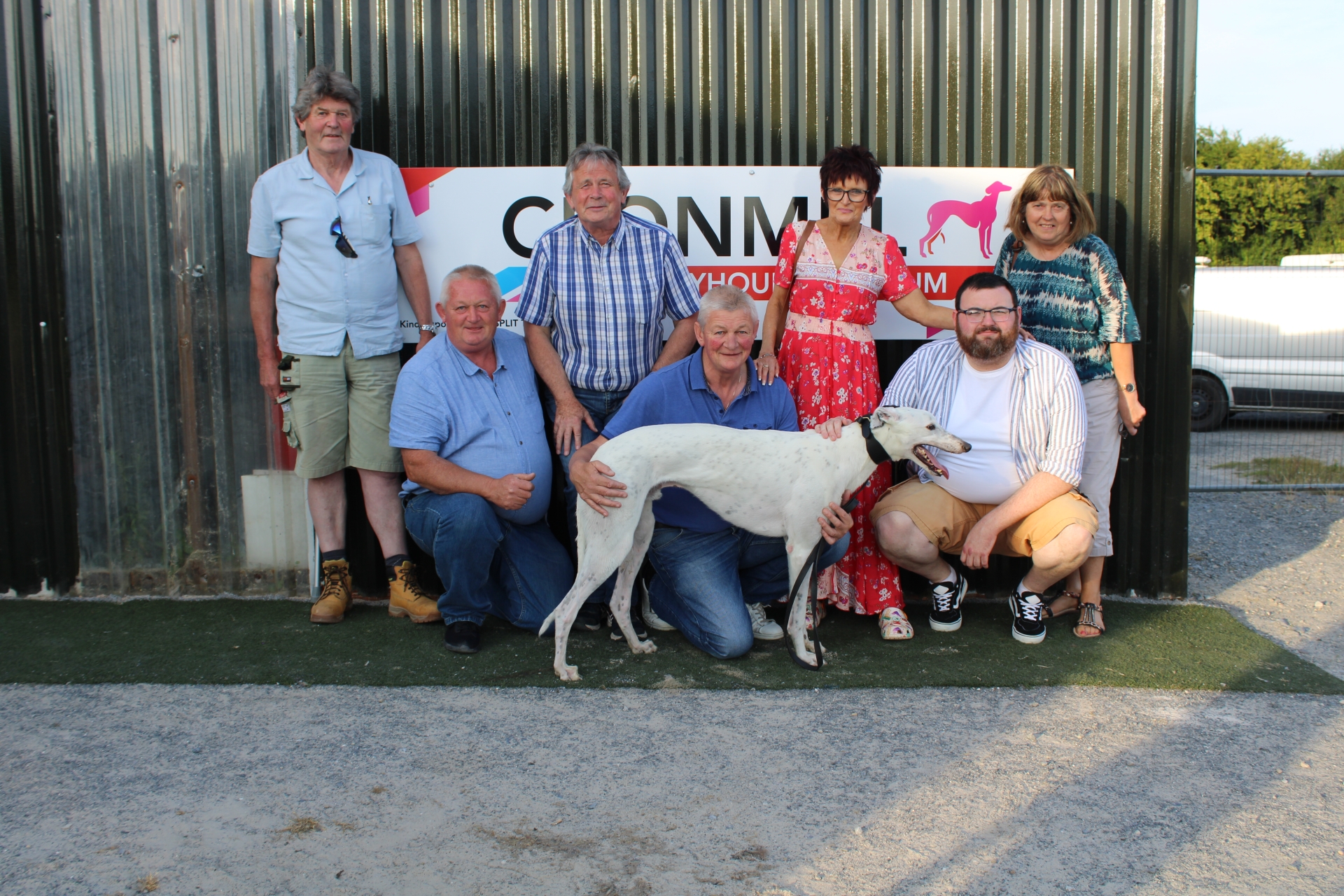 Local owner Tony Smith landed the gamble of the night when winning the opener and upsetting the odds but deservingly so Jessie Queen a Jul20 daughter of Laughil Blake and Sunset Jessie made most of the running and finished in style in 29.69, her first visit to the winner’s podium.
Young trainer Adam Dunford’s luck continued when he sent out Miss Clausey (Good News-In The Genes) owned by The In The Genes Syndicate from Ballinamult to land the second with Tuco Reef (Droopys Nidge-Tuco Lilly) owned by The Tuco Syndicate and Christy Browne won a tight opening sprint in 16.92.

Moincoin owned Kippers Story (Rising Brandy- Jumeirah Sherry) made all the running in the fifth winning by four lengths for owners Teresa, Kieran, and Thomas O’Brien.
New Inn’s Kathryn Ryan took the second sprint when Longview Mark absent for a while from the track showed his experience to win in 16.66 and completing a double on the night for Ardfinnan’s Christy Berowne Maughera Joker the elder statesman of the party showed his experience from halfway to land the final race of the night in 29.90.
American Visitors
It was an incredibly special night for a group of visitors from Chicago here in Tipperary to meet their Irish cousins. The Hoak/Maher family of 15 made the trip across the Atlantic and decided to have a family gathering at Clonmel Greyhound Stadium where members from Clonmel, Cashel, Gouldscross, Holycross and Thurles gathered to meet their American relations and a great night was had which went long into the night.