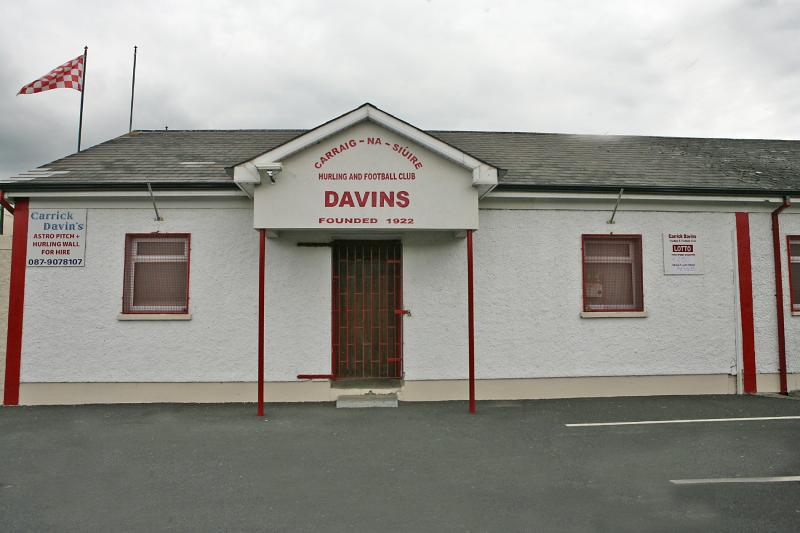 Carrick Davins GAA Club will host a field day at its grounds this Sunday to coincide with its celebrations to mark 100 years of the club.

The family fund event will run from 1pm to 4pm. It is free of charge and open to all. There will be novelty events to suit all and live music performed by Carrick musicians.

Both sides were evenly matched but in the end the Davins lost by two points after a terrific game with high quality hurling played by both sides.

The club now awaits fixture details of the team's must win game against Golden-Kilfeacle.  The Junior B hurlers played their first game of the South Championship against Ballybacon-Grange last Sunday in Goatenbridge. Well done to the team and management.

The team now await their next championship match. The U15 hurlers are through to the county semi-final, where they will play Thurles Gaels. The club congratulates this team on reaching this stage in the championships.