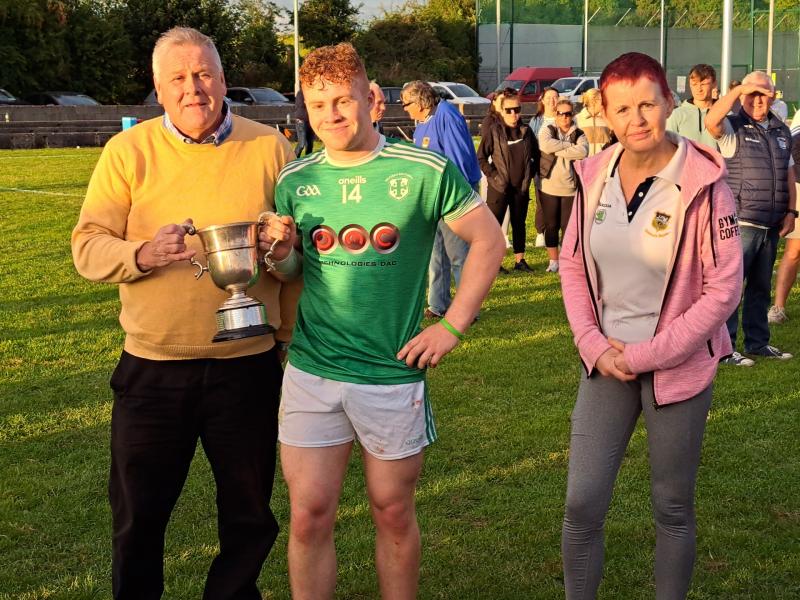 Holycross Ballycahill came from seven points down to win a cracking Joe O'Sullivan Cab and Bus Hire mid Tipperary u19 hurling final at Drombane this evening when they overcame rivals Thurles Sarsfields in a superb game of hurling.

A high scoring encounter, Sarsfields looked to have all the answers  when, playing with the aid of the breeze in the first half, they led by 3-8 to 1-8 - their goals coming from Liam McCormack who bagged two in three minutes, and Darragh Stakelum.

However, Holycross Ballycahill  had a crucial Jimmie Lahart goal in the 17th minute and that kept them in the game as they set about playing with the brereze in the second half. Lahart was one of the standout players of the game and his finishing was top class as he helped himself to 1-6 from play on a procession of markers.

The Holycross Ballycahill lads, who had missed a few goal chances in the first half, elected to do their business the hard way and they were to go the points route to recovery. After an initial two point apiece swop following resumption, they hit  eight of the next seven points to take the lead through a Robbie Ryan pointed free with seven minutes to go.

Captain David Fogarty bagged an all important goal in the 25th minute for Holycross Ballycahill and they were to finish the half having scored 1-15 to Sarsfields 0-7, thereby claiming the title in what was a very fine comeback.

A super contest with not a foul stroke in the whole game, this was a wonderful advertisment for underage hurling in the mid division with great score taking, some staunch defending and heroic efforts from both sides - a fine fine game of hurling all told, with Holycross Ballycahill deserving their victory courtesy of their marvellous second half display.