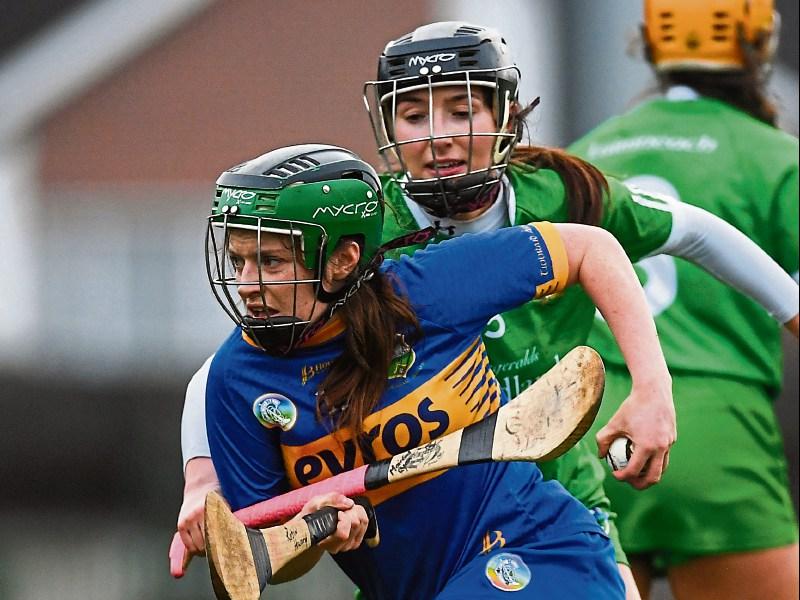 Cahir and Newport Ballinahinch met in Cahir on Saturday evening in the FBD Insurance Intermediate Championship.
Newport Ballinahinch raced into an early lead and when Grace O’Toole hit the back of the net after 12 minutes Cahir were trailing 1-6 to a single point and looked to be in serious trouble.
In an amazing turn of events the goal was the catalyst for a Cahir comeback and with Rosin Howard switched to full-forward she was unstoppable with 2-5 before half time. Carol Casey also pointed to put Cahir into the lead at the break 2-7 to 1-6.
Newport used the break to regroup and emerged in the second half with a renewed urgency and fight. Points from Grace O’Toole, Saoirse McGrath and Keeley Lenihan put Newport back into the lead as Cahir started to struggle to win the breaks. Added pressure from the Newport attack resulted in two second half penalties.
The first was saved but the follow up eventually resulted in an Amy Quigley goal while Grace O’Toole pointed the second penalty.

Roisin Howard along with Sarah Finnane and Kate Lonergan continued to work hard but could only manage two second half frees resulting in a narrow one point defeat 2-10 to 2-9 after an enthralling and thoroughly enjoyable contest.

BOHERLAHAN WIN IN IMPRESSIVE MANNER
Toomevara’s depleted Intermediate Camogie Team battled hard when defeated by a fine Boherlahan team on Saturday.
The game got off to a quick start with both teams getting a goal inside the first few minutes. Boherlahan showed some great camogie displays in the first half with all six forwards getting on the scoreboard.
Katie Ryan was lethal in front of goal for Toomevara and took her three goals very well.
While county player Mags Quigley was a shining light in the Toomevara defence. Jill Anne Quirke and Mary Flaherty were others who impressed for Toome.
At half time Boherlahan Dualla led 4-8 to 2-2.
Boherlahan pulled away early in the second half scoring 1-4 without reply.
The North girls were struggling with girls carrying injuries but battled away and scored three second half goals. Boherlahan though had just too much for their opposition and ran out comfortable winners on a final scoreline of 5-18 to 5-4.

NARROW WIN FOR BORRIS-ILEIGH
The other game in the Intermediate championship was the meeting of Borris-Ileigh and Shannon Rovers in Borrisoleigh with Borris-Ileigh winning on a final scoreline of 1-7 to 0-9.