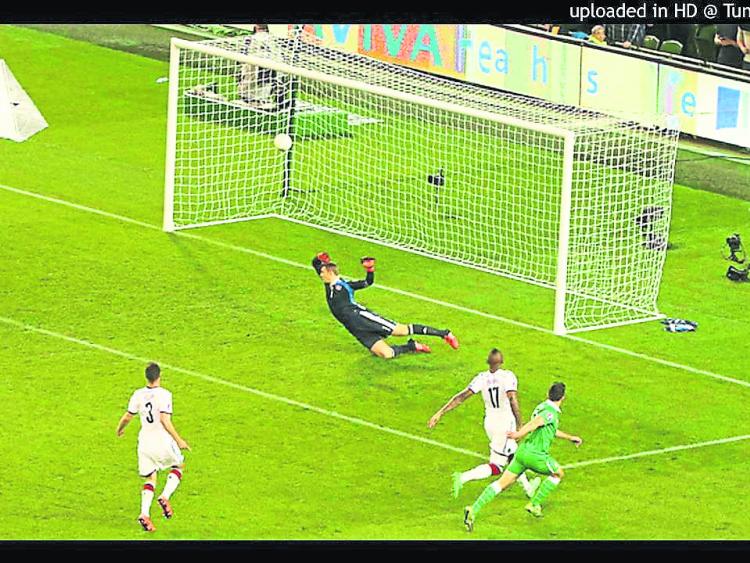 Shane Long sinks the Germans with that magnificent strike.

Friday October 9th 2015 was the evening when Tipperary folk joined with Ireland fans all over the globe by leaping into the air, as Gortnahoe Glengoole man Shane Long, blasted Ireland into the lead against the mighty Germany in the World Cup qualifier at the Aviva Stadium.
What a seminal moment in Irish sporting history - up there with Ray Houghton's goals against England in Euro '88 and Italy in USA '94.
Long arrived into the fray in the 65th minute after Daryl Murphy had run himself into the ground. And little did the Southampton striker know the impact he would have in this high-octane encounter just five minutes later.
Goalkeeper Darren Randolph’s long clearance sailed over the half-way line and bounced between Mats Hummel and Jonas Hector with neither German defender dealing with the dropping ball. 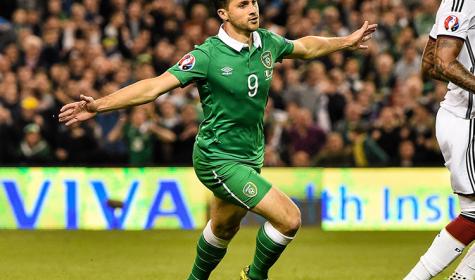 Shane Long wheels away after slotting another goal home for the Republic of Ireland.

Long raced through at breakneck pace and his first touch set himself up perfectly, before he smashed the ball past Neuer who had no chance of stopping the venomous effort. The stadium erupted as Long was thronged by his team-mates, while the World Cup winners were shell-shocked to go behind having dominated throughout.
And so began the longest 20 minutes in recent Irish footballing history as the Germans piled forward at every opportunity to put huge pressure on the Ireland penalty box.
But, it wasn't to be, Ireland were to hold out for a famous victory and Long, the former Tipperary minor hurler, was the ultimate hero.
“It was a big effort. We dropped in and tried to frustrate them. When I came on, there were a few tired legs and the gaffer said try and test them in behind and put them under pressure. Luckily the ball came through to me [for the goal] and it was nice to finish it.”
When asked if the goal was the best moment of his career, the Gortnahoe Glengoole man added:

“It definitely is up there. You can see the atmosphere. The place is going mad and to even be a part of that was amazing, but to get the winning goal is phenomenal.”

Phenomenal it certainly was - Tipperary celebrated the feats of a proud son. 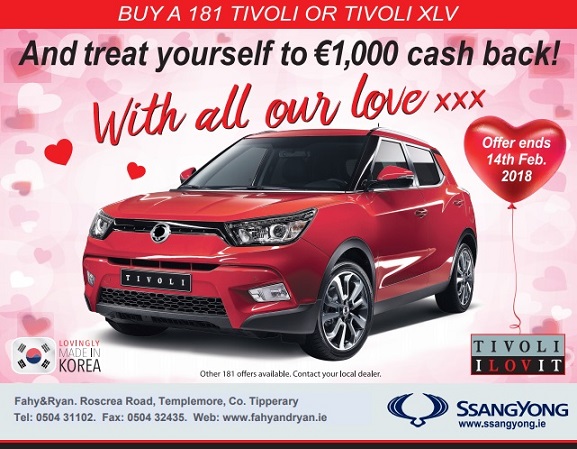