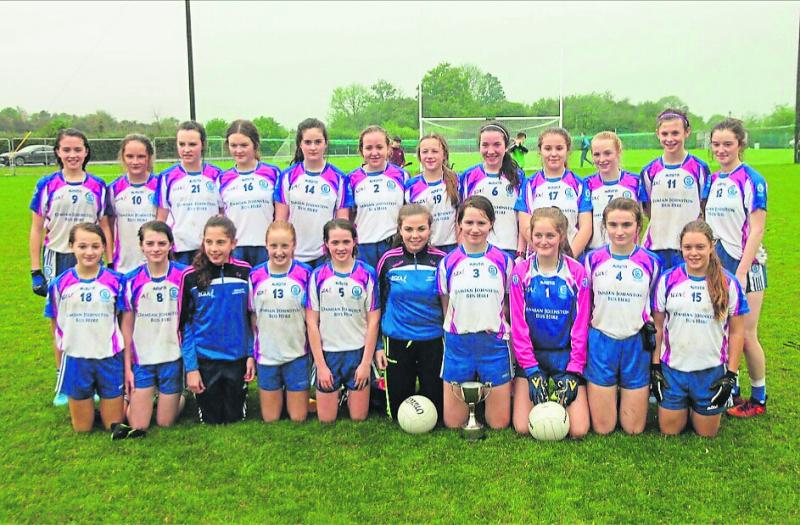 A big congratulations to our U14 girls who were crowned county champions last Sunday after they defeated Templetuohy in a thrilling encounter at Littleton.
Templetuohy were first to register a score. However our girls were quick to respond to level the score. They drove on with further scores including goals by Neassa Towey and Dani Ryan. Templetuohy finished the first half strong but a gap of 5 points separated teams at half time. Templemore got a great start to the second half with 1-2 without reply.  Templetuohy always looked threatening but it was the super work of Templemore's defence that broke down several attacks including great performance from Grainne Gleeson and Amy Doran in goal. Following 2 further goals from Dani Templemore were out of reach.
Terrific team performance from a strong hardworking defence, skillful forwards and tireless work of Kate and Ellen Delaney at mid field. Captain Kate Shanahan accepted the cup and thanked the management team of Sean Cashman ,Rachael Johnston and John Fitzpatrick for their work throughout the year.
Thanks to Nore Brook Lounge who provided refreshments after the game. Thanks to the parents for their support throughout the year but a special thanks to the girls for their attendance and super attitude - well done!!