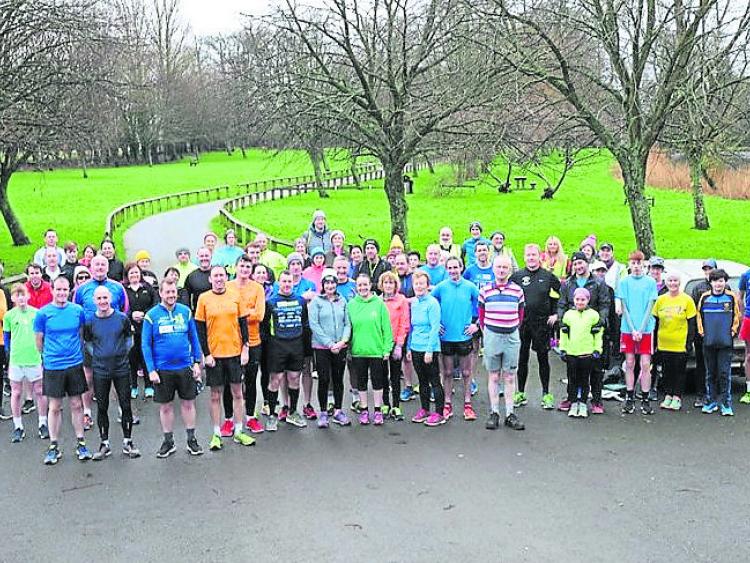 The Park Run has now had 116 events since it started in January 2017. Despite all the bad weather, in the Spring of 2018 in particular, just 2 events had to be cancelled in all that time.
One was due to Storm Ophelia and the other caused by The Beast from the East.
Recent weeks have seen the event celebrate its 100th run followed by its 2nd birthday. Then there was the achievement of Johnny McInerney, one of our regulars, becoming the first visually impaired runner in Ireland to reach the 50th run mark.
Finally, Saturday April 6 saw another of our stalwarts John Callanan become the first to reach the 100 run mark in Templemore.
Since the start of 2019 the average attendance has been 80 which is a terrific turnout and features a number of walkers who have graduated to a trot with ever improving times as a result. Improved fitness levels and overall better health are another welcome plus from this activity.
Remember Park Run is not a race and entry is free. The event starts at the Pitch and Putt every Saturday morning at 9.30.