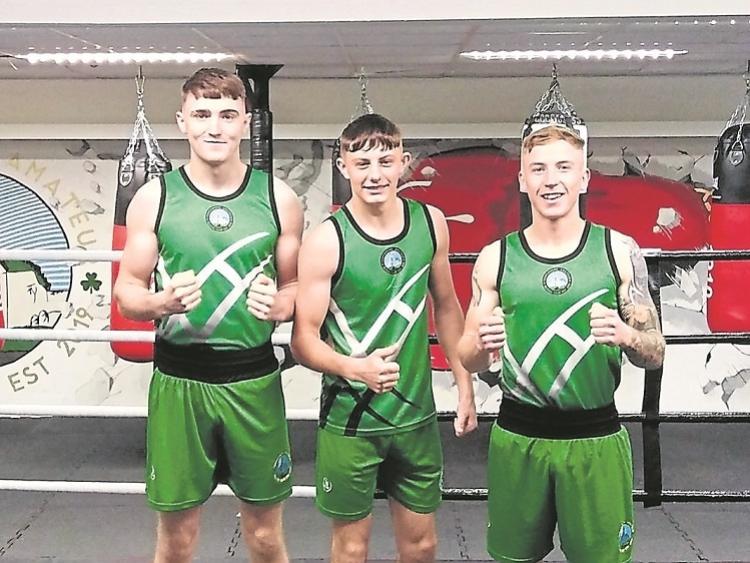 We’re sure with continued effort from boxers and all our coaches, 2020 will be a great year for Templemore ABC

It’s been a hectic few months in Templemore ABC. When we opened the club there was fantastic interest from the local kids and they’ve been training very hard over the last few months to get ready to box in what will be our annual show, the Tom Shortt Memorial Tournament.
The boxers have been sparring all over the country and this weekend we had over 70 kids boxing in Cork and Galway in preparation for the show. This show will be held in the coming weeks so keep an eye on our social media for the date to be announced.
We also had our first piece of silverware with Luke Beresford winning a gold medal at the Celtic Box Cup. Jack Lawlor also put in some great performances and was unfortunate not to get the win in his final, coming away with a silver medal. Well done to Martin Scully who also had some great fights, eventually losing narrowly in his semi final.
We have a number of boxers competing in the John Mahon Tournament in Limerick over the next few weekends. This tournament has top boxers from all over Munster competing so best of luck to all our boxers who have entered.
It’s been great to get the continued support from the people of Templemore and its surrounding areas and well done to all the new boxers who’ve put a massive amount of effort into their training. We’re sure with continued effort from them and all our coaches, 2020 will be a great year for Templemore ABC with a lot more success stories to come.