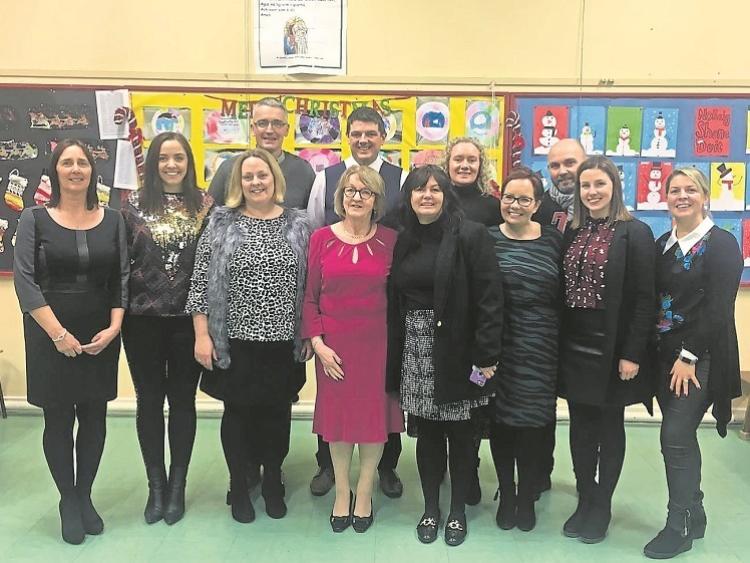 On Wednesday December 18, 2019 we bade farewell to our most senior S.N.A Cáit Quaid. Cáit has decided the time has come to take a break and move into a well deserved retirement 21 years since beginning work in St. Colmcille’s.
In November 1998 Cáit became school secretary in St. Colmcille’s after moving to Templemore with her husband Jim who had taken up a position in the local Garda College. Michael Maher was Principal in the school at the time and Cáit quickly settled into her role and life in Templemore.
In 2004 Cáit decided to broaden her abilities and took on a secondary role of S.N.A within the school, and in fact managed to execute both the positions of secretary and S.N.A for a time.
Since then Cáit has worked tirelessly helping children with Special Educational Needs experience an inclusive and enjoyable educational experience in St. Colmcille’s. Cáit, always being one to look to broaden her skill set is also fluent in Braille, training herself up to ensure a child with a visual impairment she was working with could learn to read and write as well as his peers.
To mark Cáit’s retirement Canon Conor Hayes led us in a special school mass before we had speeches, presentations, music, songs and poetry to give Cáit the send off she truly deserves.
A large crowd from within the school community and from wider afield attended a lovely morning of celebration for Cáit. It was so pleasing to see many past members of staff come back to the school for the day to share in this celebration for Cáit. St. Colmcille’s were particularly honoured to welcome members of the Quaid and Coyle families to join us.
School Principal Conor Doyle spoke fondly of Cáit and reminisced of her friendship and support to him when he began in St. Colmcille’s 10 years ago. There followed presentations and kind words from the school Board of Management, Parent’s Association, St. Joseph’s Primary School, the pupils of St. Colmcilles and the school staff. Deputy Principal Maura Bergin spoke of sharing all 21 of Cáit’s years in the school with her and of the changes they encountered through the years.
2nd and 3rd class teacher Annette Faherty wrote a poem for Cáit and read it aloud before presenting a framed copy of it to Cáit. Our celebrations concluded with a song “Farewell Mrs. Quaid” penned by local man Noel Joyce and performed by the school pupils, led by Caroline Glennon and accompanied on piano by Barry Derby. Caroline Glennon then presented Cáit with a framed copy of her song.
All in St. Colmcille’s wish Cáit a fabulous retirement and are indebted to her for all her service through the years and as the final line of her song went;
“T’will be lonely in the school without Mrs. Quaid.” 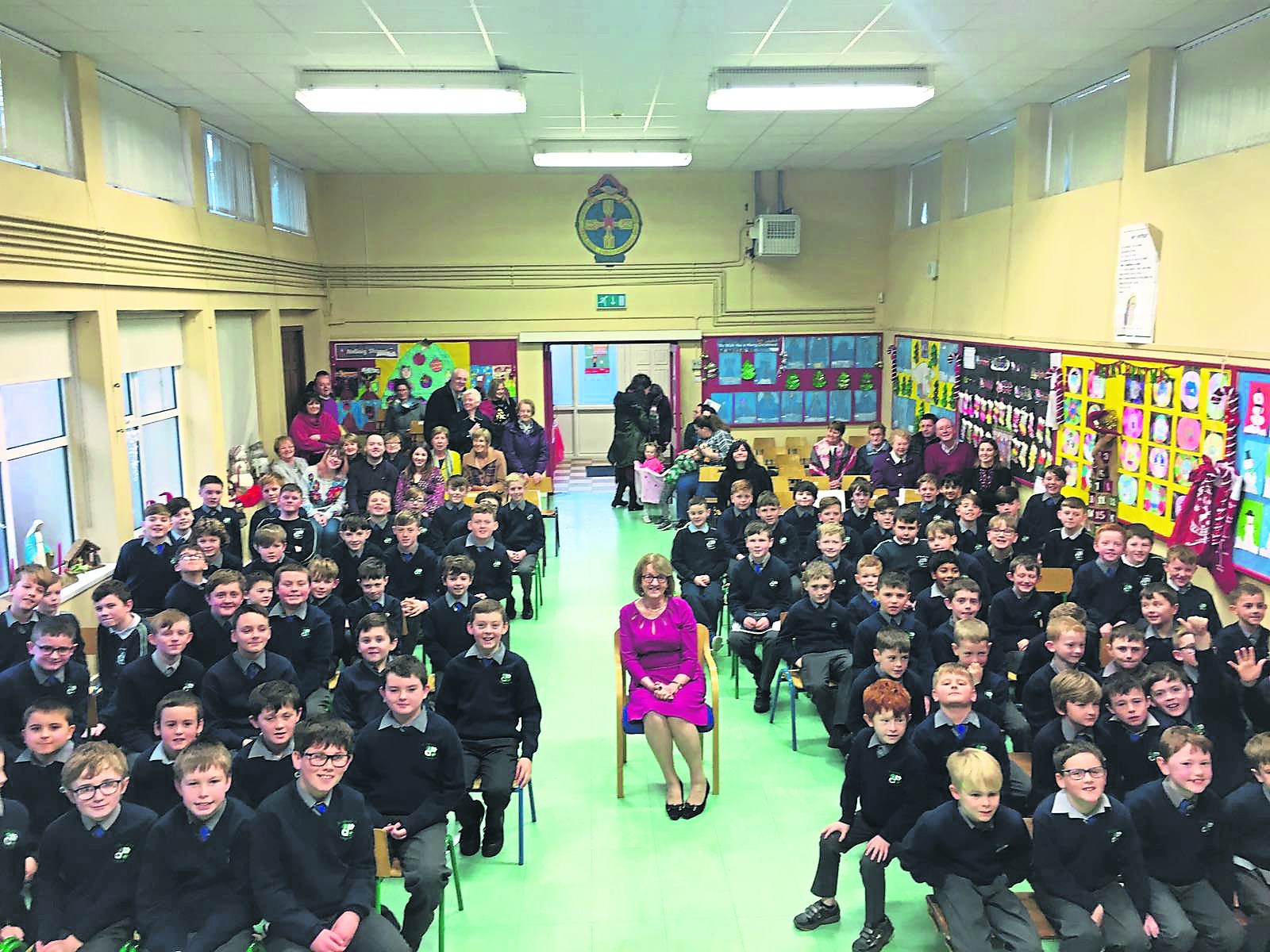