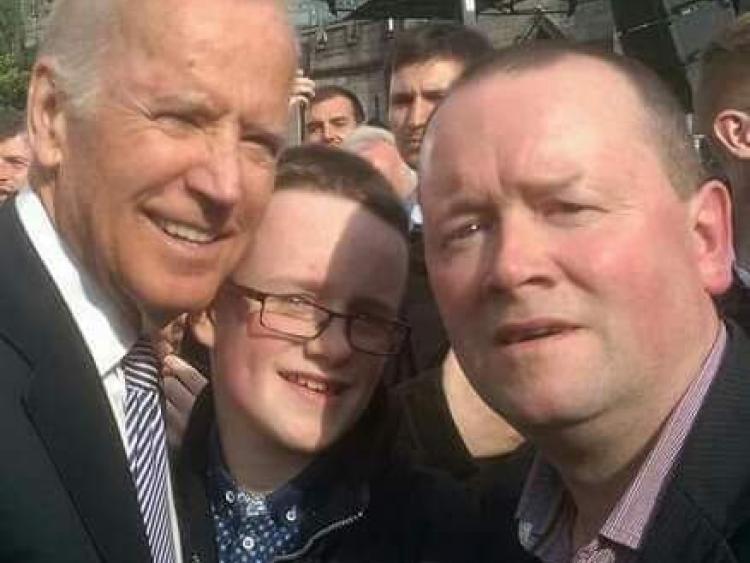 Former Fine Gael Councillor, Templemore man Michael Ryan says that the election of Joe Biden as President of the United States of America can be an inspiration for all stammerers across the globe.

An employee of Centenary Co-Op based in the Templemore store, Michael had the pleasure of meeting with, and speaking to, Joe Biden back in 2016 when they discussed their individual stories in relation to stammering. And, the then future President made a big impression on Michael.

“He was a very easy individual to talk to and to get to know. We spoke for about ten minutes and I have been in contact with him and his people on a number of occasions since then.
“I have been working with people who have stammers for a long time and I am a former Chairman of the Irish Stammering Association. But, in more recent times, I have been working with people all over the world through zoom calls and using Facebook. Basically, we tell our own story to them and hope that by doing this we can help them to open up and create greater awareness of stammering.

“I have no difficulty in discussing my stammer any time and I believe that by talking about it, you do raise awareness. But, there are many people who are crippled by stammering because they don't want to open up and they try to hide it,” Michael said. 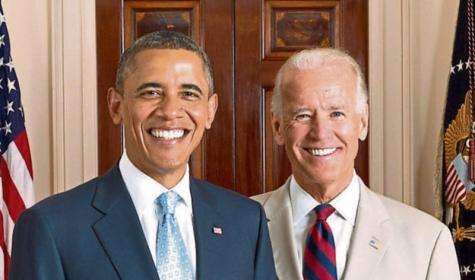 Michael and his son Shane, met Joe at Dublin Castle in 2016 when he was on a visit to Ireland (see picture). And, since President Elect Bidens election, Michael has been inundated with media wishing to speak to him about their encounter.
In fact, President Elect Biden's cousin in Ballina, Joe Bluett, has been in contact with Michael since his recent media interviews and he has also had contact from the USA as well.

“Everybody wants to know what he was like and what we spoke about. He was a very nice man and I found it very easy to chat to him. He was very down to earth and we spoke about our own difficulties with stammering and how it has affected our lives,” said Michael who stayed up during the night to watch the election in the US unfold.

In fact, the former Templemore Town Councillor, had taken a weeks holidays from work and delighted in following all the news from the USA as the story broke and the count progressed.

“I'd be mad into all that anyway and I was delighted to be off and to be following the whole thing. It was fascinating watching it all happening,” said Michael who is still a member of the Fine Gael County Executive in Tipperary.

President Elect Biden's relations in Mayo and Louth will be hoping that he might make a trip to Ireland soon after his inauguration in January to catch up on all the cousins and to help give the country a big lift. Throughout his campaign he has constantly referenced his links to Ireland and his love of the country. As Vice President of the USA, he took particular interest in the St Patrick's Day celebrations in the White House - by March 17th next year, he will be hosting them.