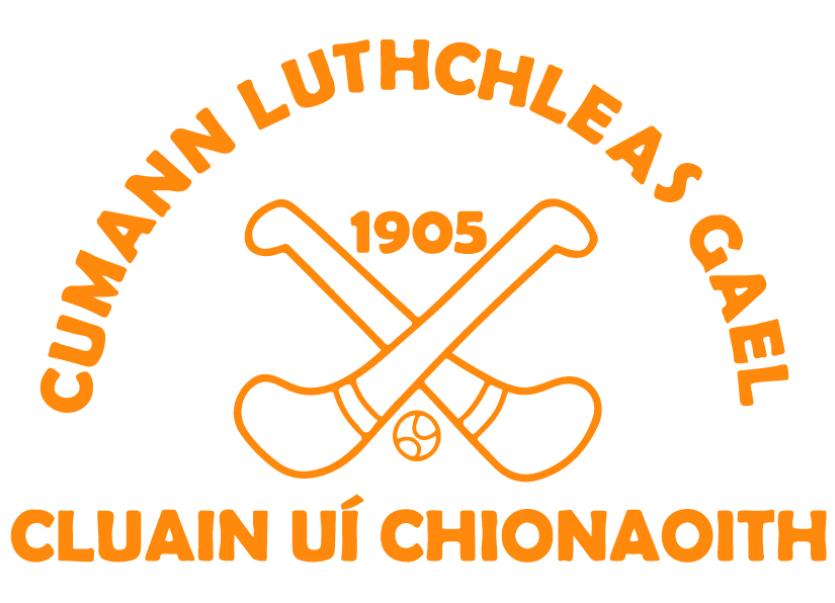 Brief History of Clonakenny GAA
Clonakenny GAA club is located in the parish of Bournea between Roscrea and Templemore and therefore is on the border of the Mid and North Division.

Around the time of its foundation in 1905, Clonakenny played in the North division for a few years but for the life time of present club members Clonakenny has played in the Mid Division. Ironically, we won a number of North finals in recent years as part of a combination with Moneygall with whom we have joined forces underage.

The club id one of the smallest rural Clubs in the county drawing on a parish with less than two hundred households. Its scarcity of numbers has meant that the club has mainly played in lower grade competitions at underage level since these grades were introduced. Clonakenny GAA have had their share of success winning county finals in minor and U21 C competitions in both hurling and football over the last twenty odd years.

In 1967 Clonakenny defeated Kilsheelin in the County Intermediate (Junior No.1) final. That same group of players also brought the first county junior football title to the parish in 1966. As often happens, a few barren years followed this great team of the 60s.

The club did manage to win the Mid No 2 junior hurling final in 1973 and went on to contest three mid intermediate finals in the 1980s without success. Clonakenny were mid Junior B champions in 1995 but were defeated by Toomevara in the county final. Clonakenny competed at Junior A level from 1996 and also were able to field a second team at Junior B level.
In 2001 and 2002 the club won the Mid Junior A hurling but failed to capture a county title – the closest they came was when they brought Ballinahinch to a replay in the 2002 County Final.

In 2003 the club went Intermediate again and won the Mid Final but Kilruane defeated them in the county semi-final. Clonakenny also won the Mid Junior B football in 2001 and 2005.

The last decade saw four successive Mid titles at intermediate level in 2010, 2011, 2012 and 2013 only to fall at county quarter-final or semi-final on each occasion.

The date of 25 October 2015 will live long in the memories of all Clonakenny people. After a wait of 48 years, their Intermediate hurlers defeated Thurles Sarsfields by the narrowest of margins in the County Final in Semple Stadium. This win demonstrated the strides the club has made as they were promoted to Senior status 20 years after losing a Junior B county final. The success in 2015 was not just limited to the hurling field. The club went onto win the County Junior B Football Championship to cap a hugely successful year for the club.

In recent years, Clonakenny have continued to remain competitive with 2 adult teams at Senior (Seamus O’Riain) and Junior B level. In 2020, Clonakenny were promoted to Division 1 in the County Hurling League having qualified for the Division 2 final in 2019, losing out narrowly to Lorrha.

It is fair to say that Clonakenny GAA Club have had reasonable levels of success in both hurling and football over the years and they are very proud of all the clubs players who have been so committed and dedicated and have always worn the Black and Amber with pride. Many former players have gone on to give great service to the club as club officers, coaches and selectors and we thank them for all their work over the years.

Juvenile Club
Players from Clonakenny have represented Tipperary at all grades in hurling, juvenile, minor, U21, intermediate and senior. Clonakenny have also had players on Tipperary minor and junior football teams over the years. The club are very fortunate to have had very dedicated juvenile committee and coaches down through the years. It is this continuous commitment that develops players representing the club each year. The current officers are Chairman Colm Murray and Secretary Aodhán O Flaithearta.

Like many rural clubs, Clonakenny have struggled for playing numbers at Juvenile level in recent years and have joined with neighbours, Moneygall, in order to field teams at U-14 up to U-21. This has proven to be a successful amalgamation with titles coming both at North and County levels including a North and County Minor B Hurling title in 2015 and a North Minor A Hurling title in 2016.

The grades of U-12 and under have seen great numbers participate. Many Saturday mornings during the summer months, over 50 kids as young as 5 can be seen enjoying their hurling and football in a safe, encouraging and inclusive environment. The future of Clonakenny GAA is looking very bright.

Club Facilities
Despite being a very small club numerically, Clonakenny can be proud of Its facilities with its pitch opened in the centenary year of 1984. Since then they have erected dressing-rooms, a stand, two ball stop nets, safety barriers and advertising boards. This year they fitted out a new club gym in one of the former dressing rooms. They are currently in the process of erecting a ball wall. This will be a great investment in our young players – boys and girls. It is a big undertaking for the club which will be undertaken and completed under the watchful eye of the newly formed ball wall committee. When completed it will mean that all players will be able to enjoy many hours honing their skills there. It is hoped that a lit walking circuit for the community will be added in the coming years.

All of these developments would not be possible without the fantastic support the club receives from the entire parish. The clubs main fundraising activities are the County Board Draw,parish bazaar and various other events throughout each year. Clonakenny GAA Club have over 320 members in the Tipperary clubs draw which is an excellent achievement for a club with such a confined catchment area. All of which are wonderfully supported by the people of the parish. The club, very much appreciate that support both financially and in following all its teams.

The club also wish to acknowledge the support of Tipperary County Council in the expansion of its facilities and in particular local councillor Michael Smith who has always worked tirelessly for the club and aided significantly in its development. 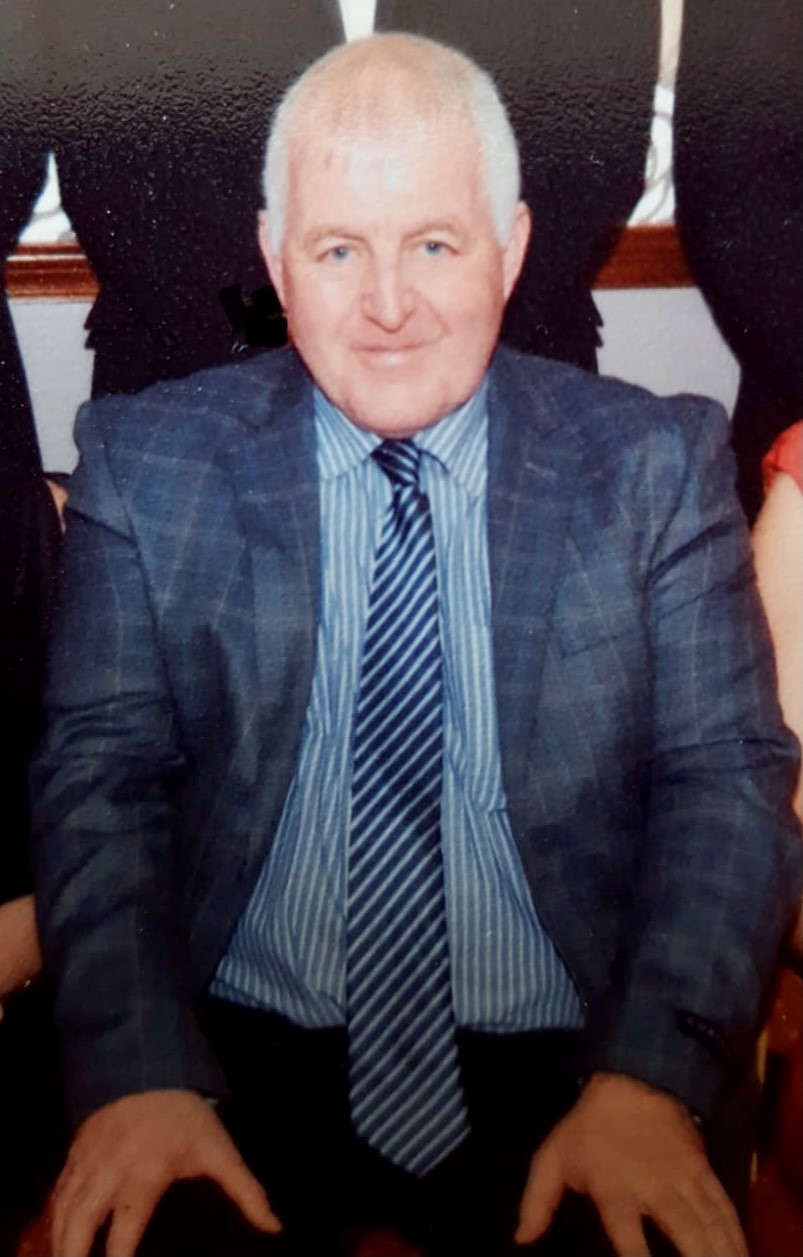 Within every GAA Club there are a number of people who are always willing to get involved, roll up their sleeves, show leadership and take on responsibility. Clonakenny GAA Club is very fortunate to have many such committed and dedicated members each of whom have made a great contribution to the club over many years.

One such stalwart is Gerry O’Hara, a long time club member who has done great work in the club over many years. Gerry played hurling and football with Clonakenny from a young age and was always very dedicated to representing the club on the field of play.

During the early 80’s, Clonakenny GAA Club set up a Juvenile Committee and Gerry played a key role as secretary of a very active committee who did great work in coaching and encouraging young players at that time. On the day the club opened its new pitch with the GAA President, Paddy Buggy, performing the official opening, the Juveniles played the first game on our “Officially “ opened pitch against Killavilla juveniles – which could be classed as not only inter-county but also inter-provincial as Killavilla are based in Offaly.

In the early 90’s Clonakenny were fortunate to have a high number of boys and girls in the parish as numbers in the local primary school peaked. While the boys had hurling and football, there was no organised activity for the girls. At the time, girls were allowed to play hurling and football on the juvenile teams. Gerry set up Bournea Camogie Club and they entered camogie teams at underage level. This new club brought great excitement not just for the girls who played camogie but for their parents and families who supported them in every way. The first group of girls to represent Bournea Camogie Club went onto win a county final at U-16 level in 1995. Bournea continued to field camogie teams for many years and went on to win the County Final at Junior A level defeating near neighbours Templemore in a great final. Today, Bournea players now play with Templemore.

Gerry’s became club secretary in 1982 and again in 1987 – a role he held for a number of years. On the untimely death of the clubs long serving chairman, John Moloughney (RIP), Gerry took over this role (having been vice-chairman) in 2015 and held this position until 2018.

Gerry has always played his part in the very many different fundraising activities of the club over the years and has been a promoter of the Tipp County Board Draw within the club since the draw was launched.

The GAA has always been very much part of the O’Hara family’s life – his late brother John served as Club PRO for many years and his mother Kathleen (RIP) looked after the jerseys.

Clonakenny are fortunate to have had so many stalwarts over the years and at the present time. Gerry is certainly someone who has made a great contribution to the club and we are delighted to acknowledge his commitment. 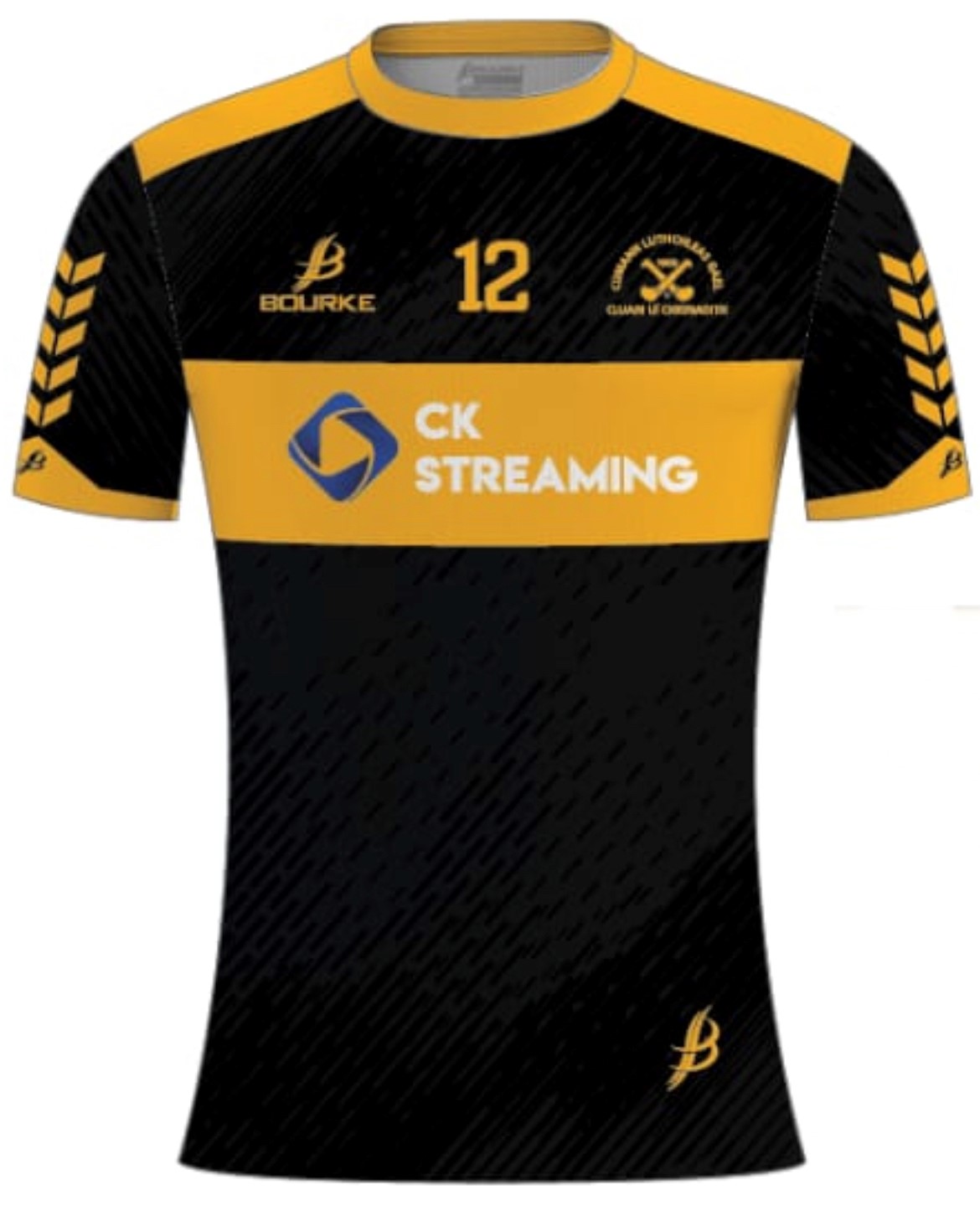 Clonakenny GAA would like to take this opportunity to thank our sponsors down through the years. The support received has been invaluable to the running of the club. This year we welcome CK Streaming as the new club sponsors. CK Streaming provide a live streaming service for events all across Ireland. Based in Clonakenny, they are passionate about sport and also produce a weekly podcast, Along the Line.

We also wish to thank the various local businesses who support our club by having advertising boards in our pitch and also being available to support any fundraising initiatives.