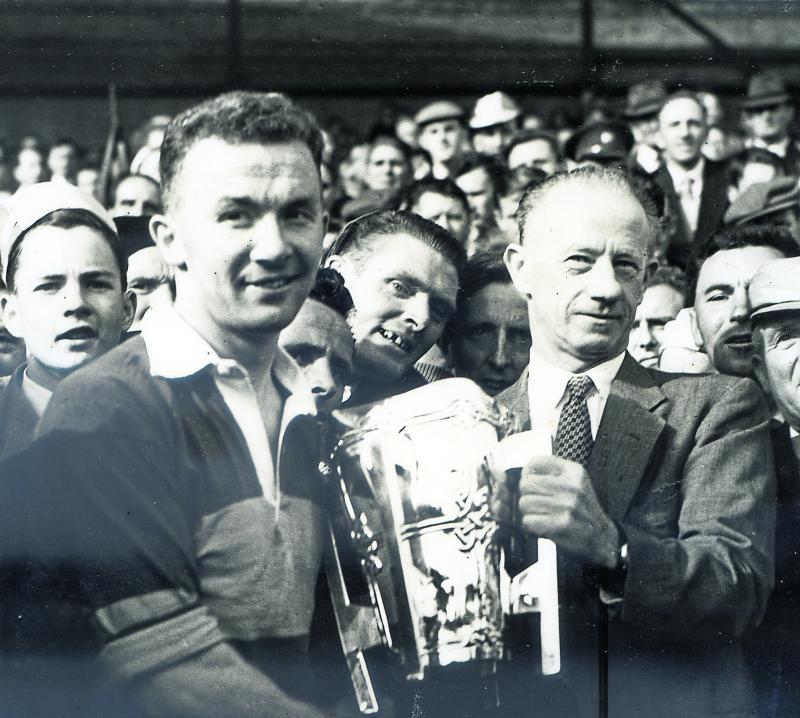 Friday evening, November 10th will be another historic occasion for Thurles Sarsfields GAA club with the much anticipated launch of the club history.

And, legendary former club and county player Tony Wall will return to Thurles to perform the launch for the club with which he won many county titles in the fifties and sixties.

The evening promises to be a great Thurles affair as the history, penned by well known local historian and former club Secretary and Chairman, Liam O'Donnchu, has included many aspects of life from Thurles throughout the period of the first volume which runs from the foundation of the club, up to 1959 - a year after Tony Wall had won the Caltex Hurler of the Year Award.

Liam has been working hard on the publication, which runs to 550 pages, for some time - there had been a number of attempts made to write the club history, most notably by former Chairman, the late Donie O'Gorman. However, with his untimely passing after a short illness, his efforts were lost and Liam had to start from scratch to get volume 1 underway. It is hoped to have volume 2 on the shelves in about two years time to complete the history.

It's not just hurling achievements and year by year details which are included in this publication though - there are sections dealing with the foundation of the GAA and biographies of the five locals who were in attendance in Hayes Hotel when the Association was founded back in 1884. There were few enough families in Thurles throughout the period who did not have connections with Sarsfields and every player to donned the famous blue and white jersey is listed in the book.

There is also a unique collection of photos - many of them unsees before in public and this will be a very inetresting aspect of the book, which contains messages of goodwill from GAA President Aogan O'Feargahill, and GAA Patron, Archbishop Kieran O'Reilly, Archbishop of Cashel and Emly.

Speakers on the night will include County Board Chairman Michael Burke, Sarsfields Chairman Michael Maher, Councillor Seamie Hanafin, Chairman of the Templemore Thurles Municipal District, Liam O'Donnchu, Tony Wall who will launch the book - Master of Ceremonies will be former Sarsfields player and retired Editor of the Tipperary Star, Michael Dundon.

Since Arus na Sairsealaigh was opened back in 1977 - a year when Liam was Secretary - there have been many memorable evenings hosted there, most notably when the Dan Breen Cup arrived in 'The Centre' for the first time in 2005. However, Saturday 11th promises to be up there with the best of the evenings and an open invitation is being extended to all to come along and join in the celebrations.

It promises to be a unique Thurles evening - a real community event - and all are welcome to come along.

The book will be available in local bookshops, or at the clubhouse, after the launch.