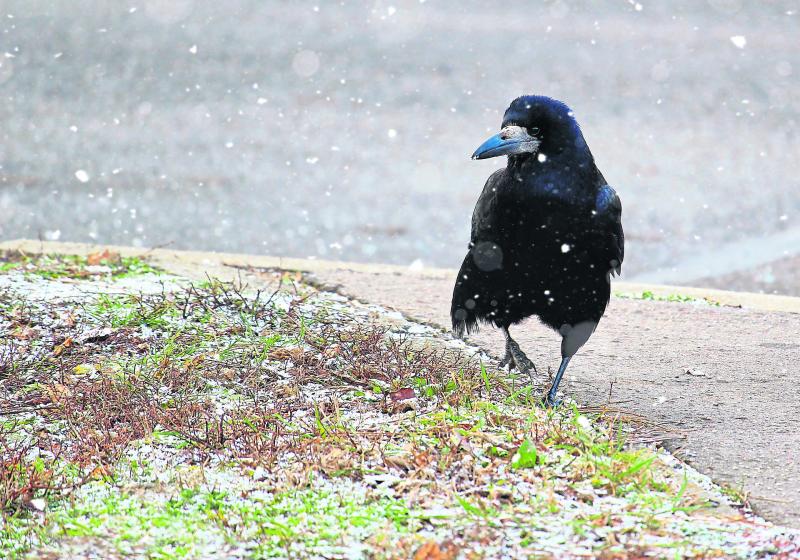 Walking under the Rock of Cashel over the holiday period something crunched beneath my feet - a dropping of the colour of hay chopped into small pieces.

I was delighted that a couple of pairs of ravens had found a home as confirmed by a recent Birdwatch Ireland survey. The ravens of my youth, soaring above Killough Hill and Cabragh Wetlands had long departed along with the peregrine falcon as their homes were lost to quarrying for road building and national infrastructure. Has there ever been any bird so imbued with a sense of foreboding or so central to people’s mythology and acquired belief as the raven who still stalks the Tower of London today with their clipped wings to warn of danger?

The exile of the sons of Uisneach along with the Children of Lir and the Children of Tuireann are the three sorrowful tales of Ireland. In the Book of Leinster story from the eighth or ninth century, in the time of Conor mac Neasa, high King of Ireland, Deirdre sees her foster mother skinning a calf in the snow and a black raven comes to drink the blood. She immediately decides with predictably tragic results, since she is already promised to the king, that she will only marry a man who has the three colours she sees before her, hair as black as a raven, cheeks red like the blood and skin as white as snow. Many many centuries later, Eamon de Valera would choose a bronze casting by Oliver Shephard of the dead Cúchulainn strapped to a rock with a raven resting on his shoulder as a suitable commemoration of the achievement of freedom and place it in the original doorway of the G.P.O.

Viking mythology has darkened the bird’s reputation. At the feet of the Norse God Odin sat two wolves who fed him while on his shoulders perched two ravens. This symbol was borne on the standards of his armies. Unfurled on their banners the raven was the harbinger of war. Along with the wolf and the eagle, the raven was one of the beasts of battle, haunting emblems of death and destruction. However, in the early tales of the Desert Fathers whose thinking inspired early Irish Christianity the raven is depicted as bringing a loaf of bread to St. Paul and St. Anthony or removing poisoned bread from the table of St.Benedict.

The raven is the biggest of the whole crow family with a length of 64 cm and a wing span the same size as the herring gull. Its tail is gradually tapered in contrast to the square ended tail of the crow. Ravens are vocal and their deep resonant croak instantly distinguishes them. Ravens are notably acrobatic performers on the wing.

At any time of the year but particularly in late winter and early spring as the breeding season approaches, ravens, which pair for life, often indulge in exciting display flights. The two ravens fly side by side, often at great height, and one of the pair, most often the large male, suddenly rolls upside down and continues gliding in this position for a short distance before righting itself again. Similarly, one of the pair may suddenly close wings and free dive through the sky with impressive power.
The raven is predominantly a carrion eater and they often assemble in large numbers where carrion is available.

They also take small mammals, eggs of other birds, frogs or any other available form of meat. Sheep farmers view the raven with some suspicion accusing it of killing new born lambs and sickly sheep. It is an immensely successful bird throughout the northern hemisphere whether in the frozen north or further south in the hot deserts. It profits from the inevitability of death in the animal kingdom. Nests are built in traditional sites and are enlarged a little each year. They are among the earliest breeders of the year and nest building is well under way in early February and adults will incubate through the very worst of the late winter weather.

So in these quiet days after Christmas, ravens will repay some study-their body language is full of character, their eyes glitter, their heads swivel with curiosity, absolutely territorial, they re-act to every sound and movement and of course they are barbaric-definitely uber-birds.

Don’t forget the important talk on climate change at Cabragh on January 13th beginning at 11a.m. and we will throw in a a Cosmic Walk for good measure.