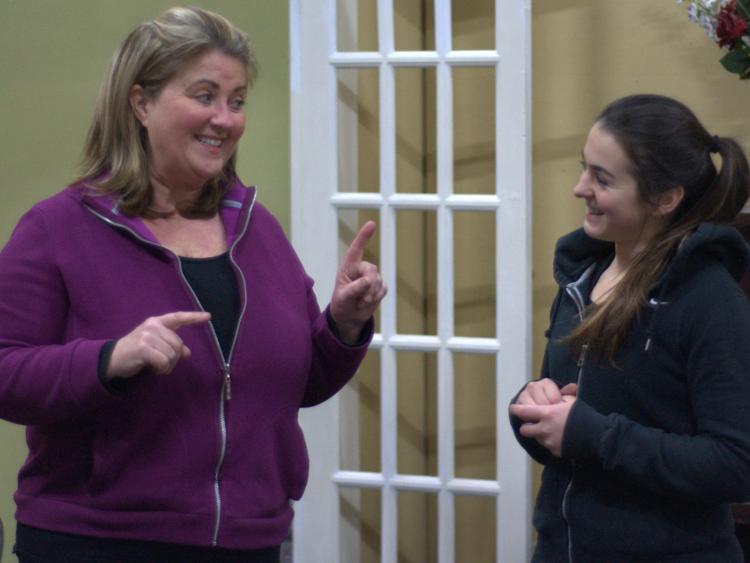 Thurles Drama Group’s production of Blithe Spirit by Noel Coward opens on February 19th, with a benefit night to support the Thurles Lions Club Blue Door Project. The aim of the project is to provide a space for people who need to meet and talk.  The Blue Door project offers that facility – trained personnel will chat and listen in a completely confidential manner.   It is a fantastic example of the ongoing work done by the Lions Club particularly in the area of human development and wellbeing.

There is also a significant national campaign being rolled out by the government to promote wellbeing so the work of the Lions is very timely. Tickets are available from any Thurles Lion and costs €20.

The Lions Club organises and is committed to many charity based projects in Thurles and its environs.  Suicide Awareness has been highlighted by the Lions Club for many years now through its work hosting SafeTALK and ASIST courses, anti-cyber bullying promotions, and the distribution and promotion of help line cards. In keeping with this ethos, the Blue Door project aims to create a place where anyone feeling burdened can come. The ethos of the project is one of inclusiveness, confidentiality, friendliness and safety, with no stigma, no mental health emphasis, and a focus on overall wellbeing.

The Blue Door will open its doors in Liberty Square in the coming weeks with trained personnel available to listen and help those who feel like unburdening themselves, with no burden being too small or trivial to our listeners. In the homely environment of the Blue Door concerns can be shared and/or appropriate support can be arranged to help overcome life’s challenges

Meanwhile rehearsals are in full swing as the cast and director put the final touches to what will be an excellent production. Blithe Spirit also provides many technical challenges as it has a lot of sound cues and lighting changes – so a lot of work for Dick Ryan on sound and Denise Hanley on lights. However, that is not all!   As this play has ghosts and apparitions, it will also have magical movements and sinister occurrences happening throughout the performance.  Doors open on their own, objects move spontaneously, tables move and voices appear out of nowhere. A super stage crew led by Anne O’Dwyer and Geraldine Morrissey will overcome these technical difficulties and audiences will be amazed by the outcome.

Margaret McCormack is one of the group’s most experienced directors and she is determined to bring out all the fun in the play and capture the subtleties of this very clever text.  Margaret is very much an actor’s director and likes to encourage actors to experiment with lines and interpretations. This makes for a very creative process that is exciting and constantly changing.  It also gives actors a lot of confidence in their own ability and encourages a great team spirit among the cast.

The play has two cast members who have not been on stage with the group for quite a while.  Sandra Dunne plays Ruth, the second wife of Charles Condomine who has to deal with the ghostly return of Charles’ first wife Elvira. Sandra loves the stage was in productions of such as Whistle in the Dark and The Belfry.  Grainne De Stafford is also back on stage after a few years since A View from the Bridge in 2014.  So a great cast and a great play always means a great night’s entertainment not to be missed!