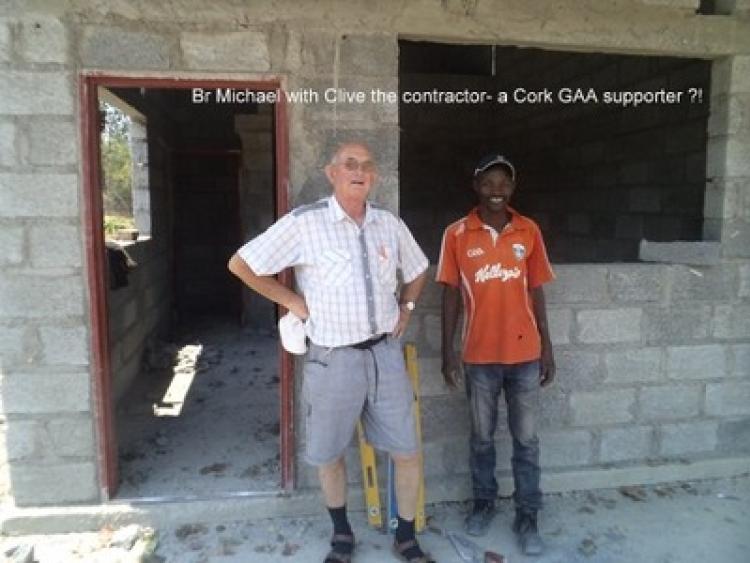 The late Br Mick O'Donoghue who has passed away.

Mary Lloyd, a staff member of Thurles CBS remembers and recalls the contribution of a great man.

It was with deep sadness that we, the staff of Thurles C.B.S. received the sad news of the passing of our former principal, colleague and friend Br. O Donnchú. For those who worked with him he was known simply as the ‘The Boss’, a term of endearment and endear himself to us he most certainly did.
Br. Ó Donnchú came to Thurles in 1991 and he remained with us as principal until 2001 when he retired to the missions in Zambia. However he always maintained his links with the school and helped in establishing our immersion project, the seeds of which were sown in 2004 when two members of the teaching staff went to Zambia and met with Br. Ó Donnchú in Mufilira.
His enthusiasm and eagerness to maintain his link with the C.B.S resulted in our first immersion project in 2005. This was the first of many trips our students made to Zambia where they worked alongside Br. Ó Donnchú in the local communities. Much needed funds were raised which helped in building schools, workshops and many other much needed infrastructure. The famous ‘Tipperary Plots’ in the middle of Murundu compound were cultivated by Br. Mick as he endeavoured to teach the locals the importance of growing crops and being self-sufficient.
Br.Ó Donnchu made our visits to Zambia possible. Without his help and encouragement before, during and indeed after the trips to Zambia the project would not have been possible. He provided a safe environment for us on our visits.
During his time as principal of the C.B.S. he not only managed the school but he also taught many classes and also involved himself in coaching hurling teams. He taught computer classes, music classes, Irish classes, religion classes and many more. He made it his business to teach classes and involve himself in the lives of each of the students. 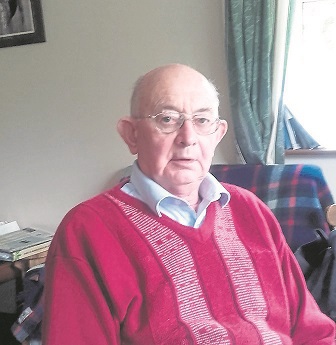 Being a proud Tipperary man, his love of hurling was clear to all. While the Harty Cup eluded him during his time as principal, he saw the Dean Ryan cup come to Thurles in 1992 and the White cup in 1996, 1997 and 2001. He was so proud of his links with Thurles C.B.S when in 2009 and 2015 the Dr. Harty cup finally made its way back into the trophy cabinet in Thurles C.B.S. How apt it was that some of his former students were part of the management team that brought our school to victory. He followed every game from afar.
Many past pupils recall how he brought the teams to the Mona Lisa after matches and how he would call a whole school assembly to celebrate our successes in sport. With great enthusiasm he would take out the guitar and sing ‘Slievenamon ‘at the top of his voice. He referred to these occasions as’ The Huha in the hall.’ Everyone would join in the celebration feeling uplifted and enthused. His vibrant personality rubbed off on everyone: wellbeing at its very best.
He is remembered by all, both past pupils and those of us lucky to have worked with him as a kind and caring man who treated all who knew him with absolute respect. He knew each of his pupils by name and he knew where they came from. In fact he maintained connections with many of his past pupils corresponding with them regularly and updating them with stories of his work and life in Zambia.
He lived his life embracing the spirit and ethos of Blessed Edmund Rice. His kindness was clear for all to see during his time in Thurles. Summer months were often spent touring Europe on his motorbike, visiting with fellow Christian Brothers around the world, organising shipments of old sewing machines, computers and anything he felt might be of use to developing communities. Never a man to rest on his laurels he was regularly seen walking the countryside of Tipperary, his mind always working on ways he could help others less fortunate than himself.
Although he left us as principal in 2001 we always felt so connected with him and his presence at our many Bicentennial celebrations in 2016 was wonderful. It was particularly special that he was home to perform at our past pupils concert where he took to the stage and entertained the audience with many of his old classics. He loved the stage and loved entertaining others. Being in the company of so many past pupils and former staff members along with current staff was special and many stories were shared over the course of the night.
We will always remember his kindness and generosity, the many hot breakfasts quietly organised for those who needed them in the monastery kitchen. We remember his famous Russian hat and the many school trips when he himself would drive the school mini bus, be it to a match, to a retreat or a school tour. We remember his smile, his greeting and his handshake. We remember his warmth and welcoming voice. We will no longer meet him in the staffroom or on the corridors as we did during his many visits home but we treasure the memories he has left us with. While we all have a different story to tell, we smile when we recall his favourite song
‘Happiness, Happiness, the greatest gift that that I possess,
I thank the Lord that I’ve been blessed
With more than my share of happiness.’

Br. Ó Donnchú shared that happiness with all those who were privileged to have known him and for that we are forever grateful.
Ní bheidh a leithéid ann arís. Ar dheis Dé go raibh a anam dilís.