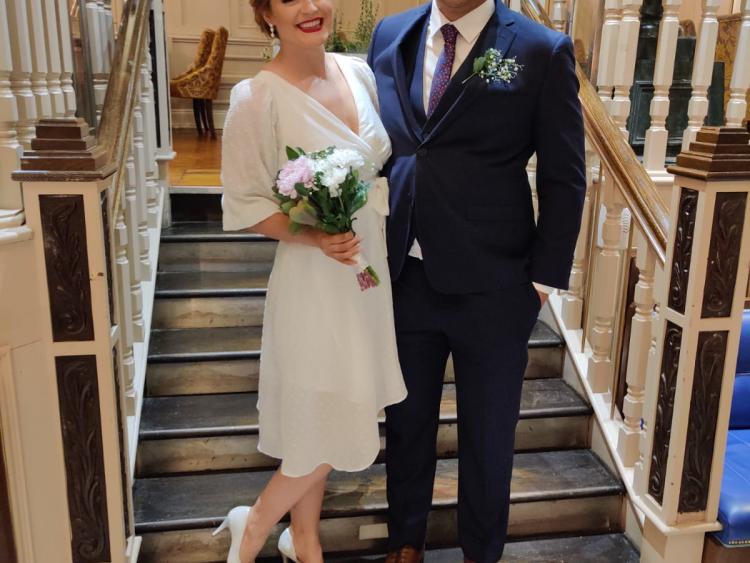 A first ever marriage between players hits the highlights this week.

Last weekend Thurles RFC had the first marriage between players in the Rugby Club.

Aimie Dwyer of Bohernamona Road who has been playing for Thurles Rugby Club since the ladies first game played in 2005 and is still a current player married Natan Morehu originally from Auckland New Zeland.

The couple met in Dubai and moved back to Ireland in 2018. Nathan has been playing rugby for Thurles for the last two years. Thurles RFC extends congratulations and best wishes for the future.

Bowed out of the cup

Thurles bowed out of this year’s Mansergh Cup at the semi-final stage after a brave performance against the Current all-Ireland Junior Cup champions Kilfeacle away on the Hill.
Kilfeacle got off the mark first with a penalty after three minutes only for Connor O Hagan to draw level after 12 minutes. Thurles went ahead in the 16th minute when Conor slotted over another penalty 4 minutes later. This was a humdinger of a match with plat rushing from end to end and a couple of minutes later Kilfeacle got in for a try which they converted, they extended their lead with an unconverted try in injury time of the first half, but Thurles fought back immediately from the kick-off and Carian Ryan scored a try to leave the score at half time Kilfeacle 15 Thurles 14.
Mid way through the second half Kilfeacle added another try to go 20:14 up
Thurles who had been playing well upped the intensity of the play and were rewarded when Captain Sonny Dwyer powered over for a try close to the post, Conor O Hagan added the conversion. It looked for a while that Thurles could hold out for a win but the strength of Kilfeacle shone through and they ran in two converted try’s in the last few minutes to run out winners 34:21
The scoreline doing no justice to the game or the effort that Thurles had put in.
Thurles had good performances from Brian O’Connell in the back row and centre Malachy Galvin showed some good moves with a number of breaks up through the middle. Ciaran Ryan and Sonny Dwyer took their trys well the set scrum was under pressure for a good bit but Stephen Kirwin added strength when he was introduced to the pack .
While the result is what matters, the performance from Thurles was quite impressive and with the players that were missing for the match back in the fold Thurles should do well in their league section .
Team: Jack Kavanagh, Shane Nugent, Danny Lee, Colin Nolan, Luke Kelly, Brian O’Connell, Sonny Dwyer C Ciaran Ryan , Seamie Holohan, James Maher, Paddy McGrath, Malachy Galvin, Darragh Sweeney, Conor O Hagan, Eoin Byrne. Subs: Stephen Kirwin. Mark Cummins, Tom O’Brien, Donnacha Ryan, Dylan Molumby, Dylan O’Shaughnessy.
Thurles Seconds played Waterpark at home in their first game of the season on Saturday evening last, due to a mix up with the fixtures Waterpark sent up their 1st Team to play not realising that it was a Junior 2 fixture but the match went ahead anyway,
Thurles were very much on the back end of things and Waterpark ran out 35: 0 winners
Thurles J2 Team : James Butler, George Stapleton, Stephen Kirwin, Tom O’Brien Shane McHugh, Eoin Kerrane, Mark Cummins, Donnacha Ryan, Dylan O’Shaughnessy, Jack Flanagan, JJ Schumer, Conor O’Hagan, Paddy McGrath, Dylan Molumby, Ian Stanley.