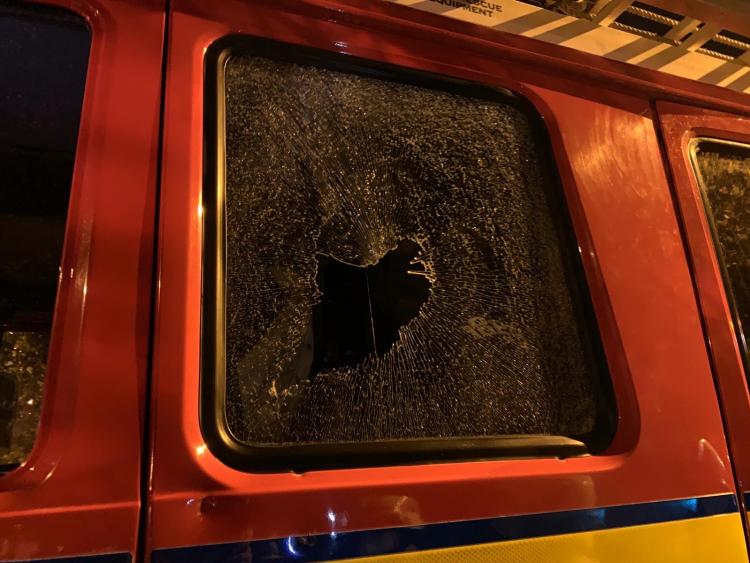 The fire engine which was damaged at College Green, Thurles

The riot squad should have been called in on Halloween night, sources say

An attack on members of the fire services as they attended a callout at College Green, Thurles on Halloween night has been condemned by public representatives and locals.

Members of the crew believe they were lured to the location and upon arrival at the bonfire, before they set foot outside the fire tender, they were attacked with missiles including rocks, bottles, stones and other weapons.
Vehicles which tried to enter the estate were also showered with items including bangers and fireworks with many becoming very distressed when the explosions took place under their car.

The emergency services received two calls to attend bonfires at approximately 7.30pm on Saturday evening - one to Oakfield Drive which went off with out any difficulty whatsoever, and one to College Green which descended into a scenario which prompted one firefighter to state that the riot squad should have been called. 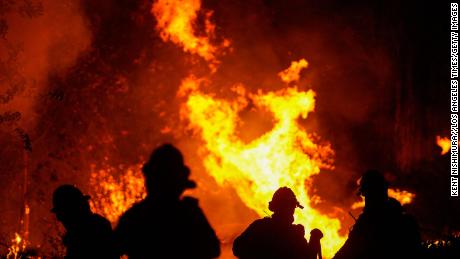 “Upon arrival at the scene we were forced to retreat back to Kickham Street because we came under attack immediately. The side of the engine was damaged with a rock and then another one smashed the side window driving glass all over the place inside. Luckily, the lads all had their helmets, visors and gear on and nobody was injured.

“We went back out and waited for the Gardai to come to give us back-up. And, when we went back in to put out the fire the two Gardai hadn't a hope of dispersing the crowd. We could see the main culprits but as soon as they tried to get them, the crowd closed in and they made off. It was a situation where the riot squad should have been called in - it was that bad,” one source said.

This is not the first time that the emergency services have had difficulty in this location, but it was certainly a more escalated attack. And, as soon as the fire had been put out, the fire fighters left the scene as they were fearful for their safety.
“Normally we would clean up the scene and leave the debris for the council to clean up. But, on this occasion we just got out of there because we had the safety of our team to think about,” one fire fighter said.

The savagery of the incident has left people in Thurles bewildered and very angry over this. The emergency services enjoy the respect and support of the vast majority of the general public - a fact readily acknowledged by the crews who work in the most difficult of life and death situations to keep the general public safe.

And, the reaction to the incident on social media has left those responsible under no illusions as to what is thought of them. Many of the comments are too inflammatory to be reproduced in this publication, but they do indicate the level of disgust at what transpired on Saturday evening when these volunteer fire fighters answered the call, as they do 24/7, 365 days of the year.

Independent Cllr Jim Ryan told tipperarylive.ie: “I am shocked and sickened at what happened in Thurles last Saturday night. It's totally unacceptable and scandalous that our brave frontline fire crew were subjected to a brutal attack by a gang of thugs who obviously had no appreciation of the danger that they put these crew members through.

“The people of Thurles are appalled at what happened and want those responsible to be held accountable for their unacceptable behaviour. This cannot be tolerated and just swept under the carpet. Residents were held like prisoners in their own homes with fireworks been thrown at moving cars, rocks and bottles been thrown, bonfires lighting on the main access road within the housing estate in question and damage caused to a house and a fire crew vehicle.

“I want to thank our fire service here in Thurles who put their lives at risk every time they get the call. They are like all our brave frontline heroes and their efforts should be applauded and not treated in this way. Unfortunately there is obviously a small number of people who don't feel this way which is very sad and worrying,” Cllr Ryan said.

No arrests were made on the night but Gardai are continuing to investigate the matter and any assistance which can be provided by members of the public would be greatly appreciated.