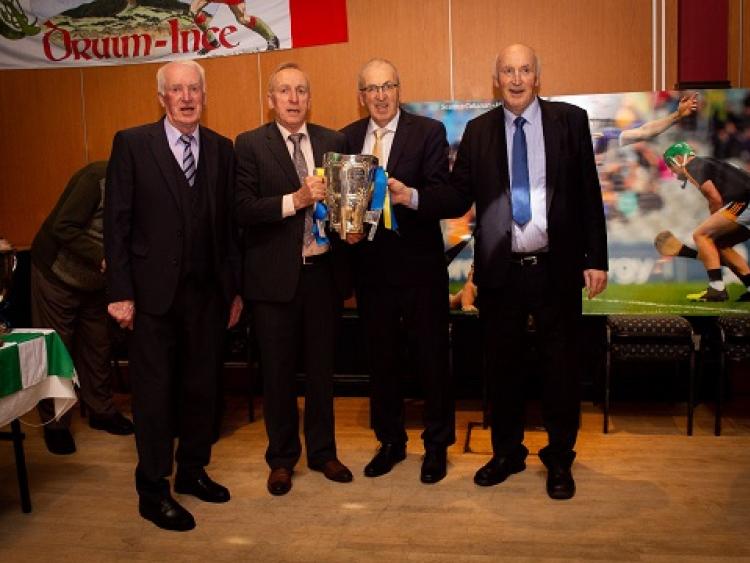 Tommy (right) pictured with his brothers and the famed MacCarthy Cup

Mid Tipperary is mounring today following the announcement of the deaths of two very prominent sportspeople who donned the blue and gold jersey – Tommy Butler, Drom & Inch, and Bill Dwyer, Thurles.
Bill, who was in his early seventies, played county minor for Tipperary and was one of those all-rounders in sport. However, it is as a coach that he is best remembered, whether it be basketball or rugby, though he had an interest in all sport and was very well versed in them too. He loved golf also and worked in Thurles Golf Club for a time.
A former member of An Garda Siochana, Bill in later years was caretaker in the Pairc na n-Og GAA grounds in Thurles, owned by Durlas Og, and he took great pride in the condition of the pitches there. After the grass was cut and the pitch was lined, he would proudly say 'If you can't hurl on that surface, you can't hurl.' 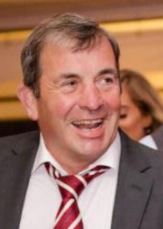 However, his greatest pride was reserved for the achievements of his daughters Niamh and Grainne on the local, national and international basketball courts. He had coached them, and many others from a very young age and to see them progress through the ranks and in the Presentation Secondary School, to represent their country was a major source of delight for the O'Dwyer family.
Bill, who is predeceased by his parents Bill and Biddy and brother Jack passed away in the wonderful care of the Staff of Cork University Hospital.
He will be sadly missed by his wife Mary, daughters Niamh, Aisling and Grainne, beloved grandchildren Rhys and Eden, daughter-in-law Maria, son-in-law Peter, brothers Conor, Jim, Pat, Eugene, Matt, Peter and Kevin, sister Mary, nephews, nieces, brothers-in-law, sisters-in-law, relatives, Thurles Golf Club and Thurles Rugby Club members, good neighbours and a wide circle of friends.
Following government guideline on public gatherings, observing social distancing, wearing face masks and avoiding handshaking; Bill's funeral cortége will leave his residence on Saturday 14th November at 10am, to arrive at the Cathedral of the Assumption Thurles at 10.30am. Requiem Mass at 11am. Burial afterwards in St Patrick's cemetery, Thurles. Numbers are limited to 25 family members in the Church. The Mass can be viewed at thurlesparish.ie

The late Tommy Butler of Ballypatrick, Bouladuff, Thurles was a former All-Star hurler having been the only Tipperary player picked on the 1979 team – he lined out at right corner forward alongside the great Joe McKenna (Limerick) and charlie McCarthy (Cork).
Tommy was an outstanding hurler, administrator and official for the Drom Inch club and following his retirement from the game, he continued his love of Gaelic Games as he followed the exploits of club and county with his own sons featuring very prominently in the green and white colours – his son Seamus hurled for Tipperary winning, as his father did, a National Hurling League medal.
Tommy's medal came in the 1978/'79 campaign while Seamus won his medal during the 2008 campaign.
An outstanding u-21 hurler with a great ability to get scores, Tommy joined the Tipperary senior panel during the 1975 championship and was a regular in the team until his retirement from the inter county scene at the end of the 1980 campaign.
But, with Drom-Inch he continued to hurl into his forties and delighted in the many successes his teams had – particularly the successes shared with his brothers.
The victory of Drom-Inch in the 2011 county senior hurling championship gave Tommy, his wife Margaret and the entire Butler family tremendous satisfaction – it was the clubs first senior title and Tommy had been central to the emergence of Drom-Inch from junior and intermediate to the senior ranks. The huge smile on his face on that evening in Younge's The Ragg said it all – it was a very special evening and one which Tommy took with him until he breathed his last. 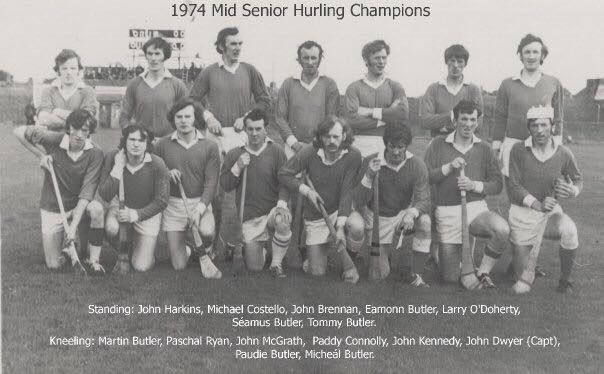 The loss of Thomas (Jnr) after a long illness, some years ago was a huge blow to the family but they bore their burden with tremendous dignity and typical of the man he was, Tommy went out of his way to ensure that all the others were doing OK, though his and Margaret's hearts were broken. Tommy, with the assistance of his sons Seamus, Kevin, Micheal and David spent many years cutting the grass in GAA fields throughout the county, bringing them in contact with many Gaels in the process. It was a labour of love for Tommy and he loved to meet people at the many grounds and enjoy a chat.
Tommy's passing comes in the same week as that of another former Chairman of the Drom-Inch club, Larry Looby, Liscrea, Bouladuff – a man who was gifted with his hands and who mended many a hurley for club and county down through the years.
The loss of two great clubmen is a huge blow to Drom-Inch, but for the Butler and Looby families, the loss is emmense.
Funeral arrangments for Tommy Butler will be announced later.