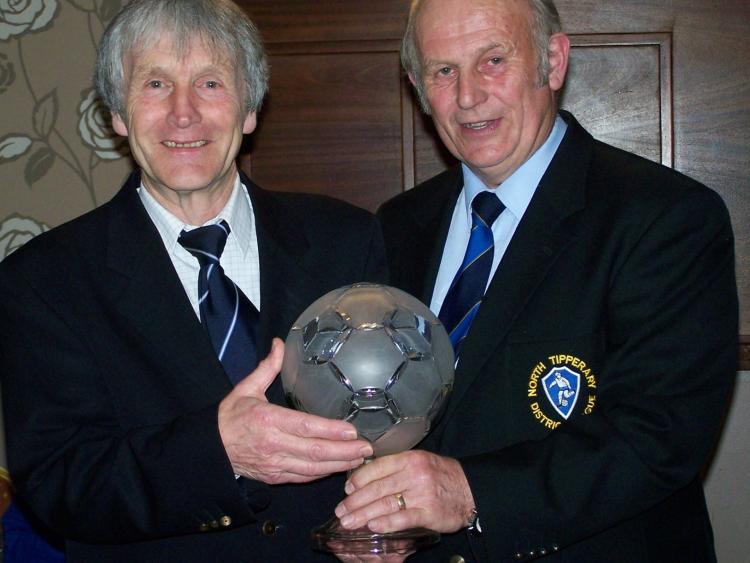 Well known and very popular Thurles man John Murphy has been appointed Honorary President of the North Tipperary & District League (NTDL) having stood aside as Secretary, following a lifetime of dedicated service to football in the Cathedral Town and in North Tipperary also.

John had been Secretary of the league for a long number of years and carried out those duties with great distinction indeed. He is the first ever Honorary President of the NT&DL- a huge honour for him and a fitting acknowledgement of this massive contribution to the game.

Many will know John as Mr Football around North Tipperary and further afield with his lifelong contribution to the game over the years.

His beloved club Thurles Town has benefited from his leadership, commitment and guidance over the years which was borne out with the recent successes enjoyed by the club. John also represented the NT&DL at both regional and national levels for many years with great distinction and as a result he became very well known throughout the land.

The NT&DL is committed to ensuring that the 2020 season, which was almost at a conclusion, will be concluded before the 2021 season commences, challenging though that will be for all the clubs concerned and for the league.

We congratulate John on his great honour and wish him and the league well going forward.