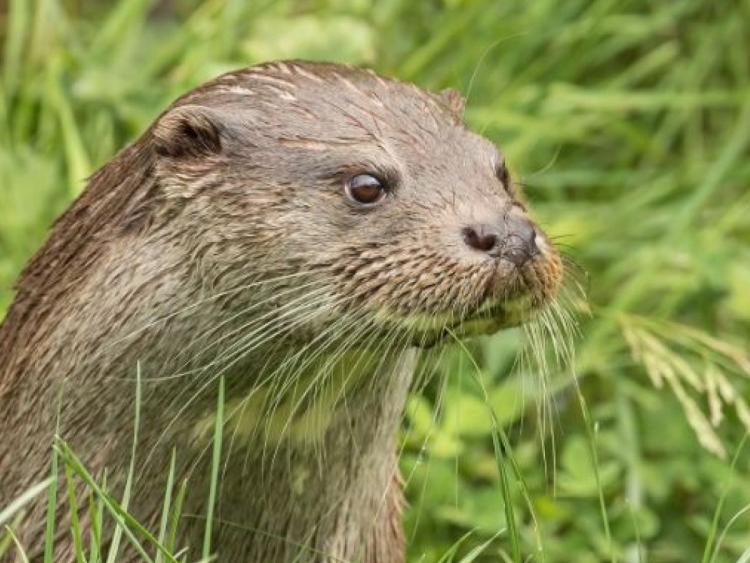 The Suir, known in ancient times as the Fluvius Aurea, the golden river, for the wealth of its fish and natural inhabitants - this patch is still golden.

The author of many walking guides and travelogues, Michael Fewer, was loud in his praise of Irish nature as he spoke on RTÉ about his current publication on this year in nature in Ireland and how so many have renewed their wonder and awe of the natural world.

He has written in an earlier book “Rambling down the Suir“ below Thurles, the Suir flows through a landscape like a great water meadow to reach Cabragh a few kilometres South-west of Thurles. The establishment of a mill divides the river into two water courses creating an island nearly a kilometre long…the river now swings south and willow fringed reaches the great weir at Holycross Abbey.”

Since that publication in 2009, many changes have occurred, the destruction of the weir at Touhy’s mill, the widespread use of the JCB in the deepening of the river bed and the removable of “obstacles” to encourage faster flow but none of these works took place in that special stretch of water from the mill to the Abbey along by Cabragh Wetlands.

Today, the bed of the river is extremely rich with thousands of crustaceans per metre squared, freshwater crayfish still abound, lampreys suck at the stones in the small tributaries, dragonflies dart among the reeds and crucially, the canary in the mine when it comes to the health of river courses, the otter, leaves plentiful spraints often containing the sky blue antennae of the freshwater crayfish, along the river banks.

For the Suir, known in ancient times as the Fluvius Aurea, the golden river, for the wealth of its fish and natural inhabitants, this patch is still golden.

A recent discovery of a dead otter in the field beside the bridge at Cabragh Wetlands reminded us of the fragility of this species throughout our history. In this case it was probably a road kill but it isn’t that long ago since otter hunts were organized using dogs bred for the purpose on rivers like the Clodiagh. These groups arrived from various parts of the country as there were bounty schemes and rewards paid.

It is difficult to come upon any recorded information but the Foyle Fisheries Commission funded such a programme for several years and published a total kill of 295 from 1958-1968 with an allowance of £2 for each animal. In 1938, Fishery Conservators on the Liffey, Slaney, Barrow and other rivers were paying rewards of between 10/- and 18/-.

In the time of George 111, a law on game was enacted “that from and after the 1st day of July 1787,any persons who shall take, kill or destroy otters shall receive for every otter 5/-.”

Even as far back as 1430, a passage on the trade with Chester quotes: “I venture to speak of Ireland but a little, commodities yet I will entitle, skins of otter, squirrel and Irish hare.” The slaughter continued until in the Republic of Ireland the otter was protected under the Wildlife Act of 1976, a protection that continues under European law today.

Yet the otter survives on the aforementioned stretch of river. Today, the threat comes from a lowering of water quality and subsequent effects on prey. The ability of crustaceans to store toxicity with huge consequences in the aquatic food chain is a real worry. Fish kills resulting from the discharge of deoxygenated water from the Thurles Sugar Factory caused havoc on the river. Another fear is the discharge of high volumes of untreated sewage from the nearby Thurles Sewage Treatment plant although the present healthy state of the river is testament to the efficiency with which this plant is managed.

Fears are resurfacing about the potential of a waste material recovery and transfer facility at the old sugar factory site which will have an initial handling capacity of approximately 450 tonnes of waste per week or up to 24,500 tonnes per year to begin with to possibly damage the health of the river and its inhabitants, notwithstanding any fail safe procedures that may be put in place.

The arched back of the otter as it dives, the v-shaped parting of the water below the bridge of the old Thurles to Clonmel line, its awkward playful gait along the greening river banks or that quizzical stare as it breaks the water with a mouthful of eel are the companion sight of other Cabragh highlights - barn owl, diving dipper, hovering kestrel, soaring buzzards above Killough -images that are our food and sustenance in these straitened times - let’s cling on to them and protect them.