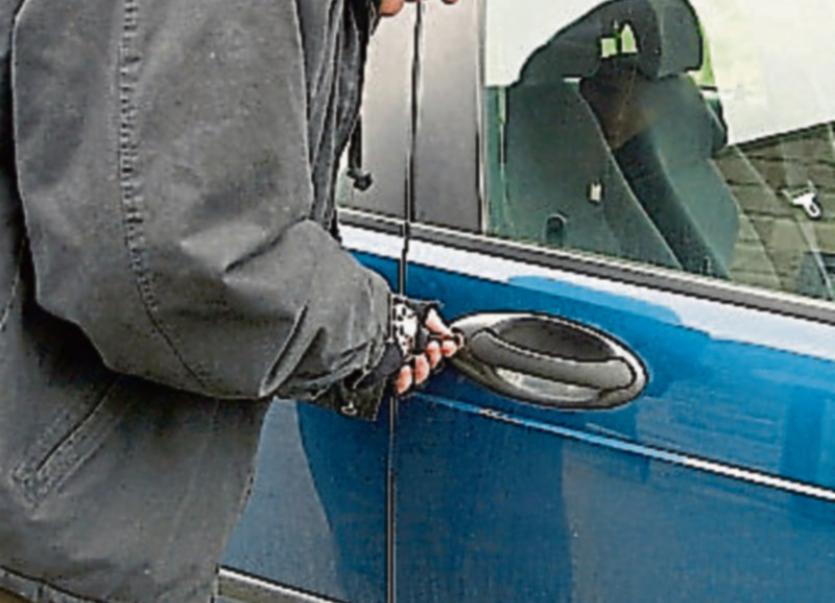 The advice comes following a spate of break-in's

Gardai in Thurles are advising members of the public to ensure that vehicles are properly secured and any valuable items removed following a spate of break-in's in the town.

A number of locations were targeted on one evening last week with up to ten vehicles being interfered with, or broken into, and items taken from the cars, predominantly in the Moyne Road, Dublin Road, Sarsfields Street and Dun Lia areas of the town.

Following an extensive trawl through cctv footage and having received much assistance from the general public through the community alert system, a man was arrested and appeared before a special sitting of Ennis District Court where he was remanded in custody to appear in Nenagh District Court.

Gardai have advised members of the public to ensure that their cars are locked - even when parked on their own property - and to remove any valuable items from the vehicles. They have also encourged the ongoing use of the Community Alert and Neighbourood Watch  schemes which were particularly helpful in the recent investigation and resulted in an arrest being made very quickly.

Thurles Gardia have thanked members of the public for their assistance and co-operation.