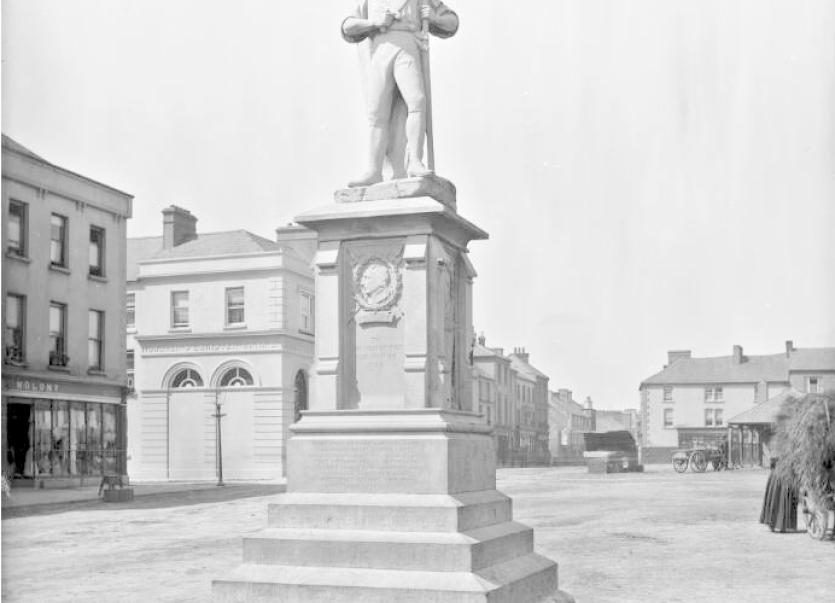 Liberty Square and the 1798 monument

Check out all that is going on in Thurles right here

The County Track and field took place in Templemore last weekend, finally a return to athletics.

On Saturday the 12th was Junior to Senior events; here we had Alex Crowley run very well to win the junior 5km.
Alex trains hard and is going to run some great races over the summer.

Next out was Cathy Dundon junior ladies in the 1,500m. Here Cathy ran an outstanding race battling all the way to the line to win the silver medal.

John Fitzgibbon took to the line of the Senior men's 5km and ran a strong race coming home brilliantly and glad to be back racing again.

Sunday saw our juvenile athletes take to the track in the girls U12 600m heat one saw Ellie Quinlan make her track debut in a very strong field of athlete's. She ran in style running a strong lap and a half for her first track race.
She was only warming up before she took on the challenge of the Long Jump event to give it a go and had a great time over her 3 jumps improving with each jump.

Next up was Orla Pamplin in heat 2 of the 600m. Orla, training hard over the last few months, showed her strong form leaving athletes looking at her heels as she took the lead early in the race, winning by a clear distance.

Count back on times put Orla in 4th overall as the first three to take the medals came from heat one. No doubt had Orla been up in the same race as these girls she would have been in the mix to take a medal of some form.

We would like to thank all our athletes for taking part and the County Board for putting in the event and getting athletics back up and running in Tipperary.

Training has returned for all athlete's looking to compete for the club on Track and Cross Country. Registration is due for all club members and should be paid as soon as possible.

Junior Hurling: The lads had a good warm up match in preparation for the visit of Loughmore Castleiney on Saturday. It certainly didn’t do them any harm as they raced into an early lead despite Loughmore opening the scoring.

The win keeps the team in with a chance of making the league final. The next hurdle will be the trip to Killea who will need a win after suffering a loss to Sars.

Juveniles: We had U7’s, 9’s & 13’s in action this weekend mixed fortunes but plenty of valuable game time for all. A lot of our 7’s were making not only their first trip but playing their first match. They headed to Castleiney with over twenty players togging out three pitches on the go plenty of chat and a bit of play. The u9’s headed to Clonakenny for the first time playing football and hurling on two pitches.

The 13’s welcomed Moycarkey Borris in the Mid football competition. There was no debate over the result a fine performance from the Moycarkey boys. Our boys will have learned a lot a very young team every game will bring them on. Our u5’s continued training.

This week we have our u11’s and 15’s start their year- at the time of writing the 15’s had a trip to Kilruane McDonaghs before hosting JK Brackens. Our u11’s host Upperchurch Drombane in group 2 and 4. Both matches will be played at the same time with young whistlers from the club officiating the games.

RECENTLY DECEASED
Prayed for at all Masses in the parish last weekend were the following who have died:
Noreen Ferncombe, née Dunne, Glenreigh, Holycross.
Patrick (Pa) Walshe, Mungret, Limerick.
May they rest in eternal peace.