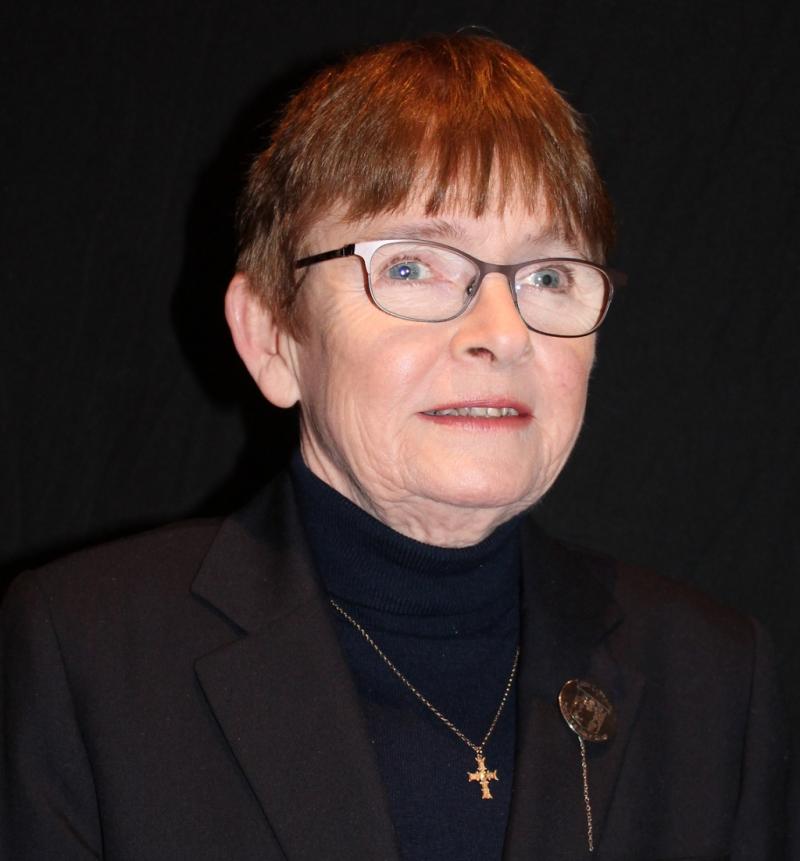 The curtain has come down on a glittering career in journalism of Tipperary Star newspaper Editor Anne O'Grady who has taken early retirement from her post.

The Thurles lady boasts a forty two year long career in the Friar Street media stable having returned to her native town following brief stints 'on the missions' in other titles having completed her college education.

A past pupil of Scoil Angela, Ursuline Primary School, and the Ursuline Secondary School in Thurles, Anne joined her late father Gerard, who was Editor at the time, on the staff of the Tipperary Star in 1979 and worked her way to become Chief Reporter/Deputy Editor eight years later, before completing her career as Editor for the last ten years.

Throughout her career she displayed a unique talent for accurate news reporting and her commitment to the title and to its principles ensured that the Tipperary Star remained at the heart of the community, despite the many challenges faced by the newspaper industry.

Anne's excellence in her field was recognised nationally and she was twice - in successive years in fact - awarded the Provincial Journalist of the Year Award, the second year following a groundbreaking covert interview with renegade priest, Fr Paddy Ryan. The interview represented a major coup - not just for Anne and the Tipperary Star - but also for provincial journalism as a whole, with the values of a local, trusted source being highlighted and promoted in the securing of the interview, which was sought by major international media outlets .

Anne's career has seen her witness many many changes in the newspaper industry. From hot metal, linotype printing, to direct input, and now to the establishment of the 24 hour a day/ seven days a week website phenomenon, the changes have been seismic and so too has the willingness of Anne and her team to adapt and evolve in order to keep the show on the road.
Anne has proven to be a very influential mentor to the many journalists who came through the doors of the Tipperary Star and had the privilege of working with her.

Not only was she an authoritative voice with very sound judgement, she was also very willing and able to assist in the professional and personal development of staff, allowing them to show initiative and leadership, while at the same time continuing to promote and pursue the principles of local and provincial journalism, despite the many advances in the news agendas, many of which have been dictated by the advent of social media.

Anne O'Grady put the cap on her fountain pen and closed her notebook for the final time in the last few days, and is expected to swap the tools of her trade for her bag of golf clubs.

The Tipperary Star is indebted to her for sterling service, unstinting loyalty and commitment to the title and for bringing accurate, honest, meaningful and insightful news to the reader.

In her Own Words: "An interesting, varied and challenging career"

When asked to reflect on what has been a 44 year career, it was more difficult than I had imagined! For 42 of those years I have reported on the triumphs, significant achievements, heartaches and despairs of the people of Tipperary.

I started my career in the Leitrim Observer in 1977 before moving to the Clare News in 1979 and returned to my native Tipperary later that year to join the Tipperary Star, where my late father Gerard was Editor.

It was a unique privilege to work with him for the following eight years, before his premature death in 1987. 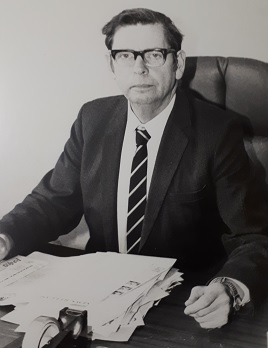 The late Gerard O'Grady, father of Anne, and former Editor of the Tipperary Star.

He was succeeded by Michael Dundon and for the next twenty four years I had the pleasure of working with Michael as his Deputy Editor. On Michael's retirement in 2011, following a stellar career, I was deeply honoured to be appointed the first lady Editor of the Tipperary Star in its 102 year history. I have served in that capacity for the past ten years - during good and challenging times.

There have been many highlights, scooping the world's press with an interview with renegade priest Fr. Paddy Ryan, being present at the exhumation by Professor John Harbison of the remains of an RIC officer in woods near Clonoulty, witnessing the first laparoscopy operation in the theatre in Our Lady's Hospital, Cashel, interviewing Presidents, Taoisigh, Ministers, visiting dignatories, reporting on the trials and tribulations of the people of the county. There is no doubt that this career offers opportunities that do not present in many other walks of life. To have been twice honoured with a Provincial Journalist of the Year award was also a singular privilege.

But, the greatest honour has been working with the people of Tipperary and those who formed the family of the Tipperary Star. I have worked with extraordinarily dedicated people over the past 42 years. From those at the front counter, in advertising, production and editorial they have all been utterly dedicated to the Tipperary Star and its ethos and their service to the people of Tipperary has been exemplary. All of the correspondents who contribute to the Tipperary Star on a weekly basis have also been hugely committed to this newspaper, their clubs and groups and they have served their organisations with a huge generosity of spirit.

I can safely say that not everyone gets the opportunity to do in their careers what I have done in mine, experiences that were unusual in some instances and unique in others.

It has been an interesting, varied and challenging career and as I take my leave I am cognizant of the great privilege it has been to work with all of my former and current colleagues in the Tipperary Star. I wish them all well in the future and I know that this newspaper remains in very safe hands.