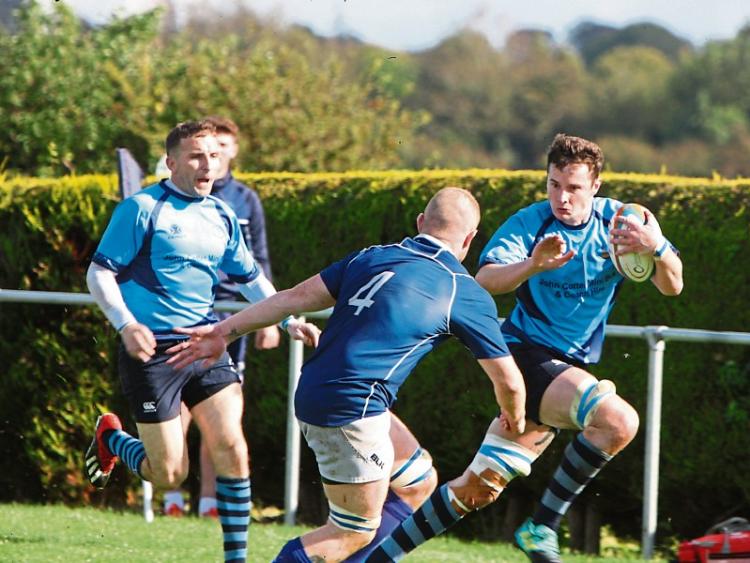 Thomond RFC travelled to Morrissey Park on Sunday September 29 to face Kilfeacle and District RFC in the first round of the Munster Junior League Division 1. The game was played with great spirit and commitment with a lot of free flowing moves and running of the ball and Kilfeacle started the better of the two teams.

With the breeze at their backs, Kilfeacle gained territorial dominance. Kilfeacle did not ease off on the pressure but met with a resolute, skilful and committed Thomond team who were starting to find there feet and come more and more into the game. This was a typical first game of the new season encounter a very start stop affair, with players only gaining match fitness, getting to know each other, becoming accustomed to new positions, new systems and new calls, coming to terms with new rules and their interpretations.

With the game entering the 14th minute the homeside started to show some promise and were able to breach their opponent’s line and score a try after numerous phases of play which was finished by Kevin Kinnane and converted by William Staunton. The response from Thomond was swift and deadly and within 4 minutes they had drawn level with a ball off the top of the lineout, played quickly through the hands, saw Thomonds no. 11 score under the posts for an easy tap over conversion. Kilfeacle did not let this affect their approach to the game and in the 25 minute took the lead again when William Staunton slotted a penalty from just outside Thomond’s 22. Kilfeacle were in the ascendeny now and stretched out their lead in the 35th minute with a pushover try touched down by Brian McLoughlin. William Staunton  added the points with aplomb. The rest of the first half was played in the middle third of the pitch, so the halftime scoreboard read 17 points to 7 in favour of the Kilfeacle side.

Although trailing by 10 points at half time, Thomond’s large contingent of travelling supporters were optimistic about achieving their goal and coming away with a win. However, Kilfeacle now had the wind at their backs for the second half and things were about to go from bad to worse for Thomond. Kilfeacle were still matching their opponents stride for stride and a subsequent well taken early try by the homeside, scored by John Bourke ably assisted by James Hogan, saw the scoreboard read 22 points to 7  in favour of the homeside. The second half started to take shape with Kilfeacle, buoyed by their home support, hunting for a bonus point win. Thomond started to come into the game more and soon showed that they were not there just to make up the numbers. They were now playing with more fluidity and were soon able to convert their territorial advantage to points on the scoreboard. Thomond always looked dangerous and Kilfeacle were protecting their lead with some great defensive play.  It was midpoint through the second half when Thomond gave the travelling support something to shout about as they started to breach the Kilfeacle defensive line twice in quick succession to score two unconverted trys. These scores narrowed the gap  to five points, 22-17, with 10 minutes left. 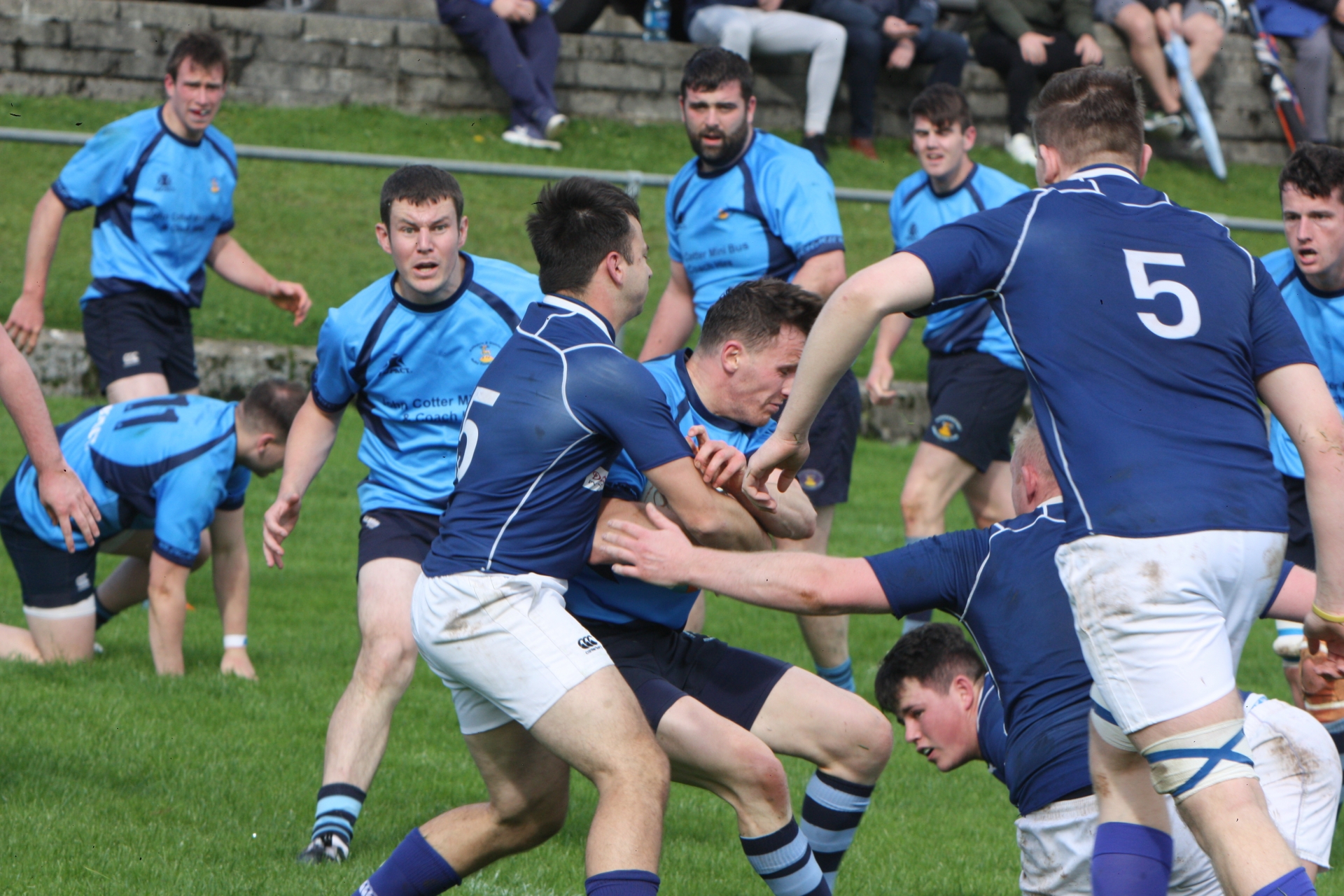 Thomond were now undoubtedly in the ascendency and Kilfeacle needed to address this matter quickly. The home supporters were no longer talking about bonus point win but just about securing a win. Tension eased when  William Staunton scored a penalty for Kilfeacle after some fine phases of play by both the the forwards and the backs. So the scoreboard showed the homeside leading by 25 points to 17.

To give Thomond their due, their never say die attitude meant that the final 10 minutes was a hard fought period of play in which neither side could gain the upper hand. Kilfeacle had amounted a lead that would remain that way until the final whistle.

Kilfeacle had good spells when they were playing as a unit. The atmosphere among the squad is very positive and training sessions have been very productive however everyone knows that there is still a lot of work to be done. What is most encouraging is the fact the underage system within the club and all the hard work put in at grass roots level by our underage coaches and trainers is now having a huge positive impact on the first team. The younger members of the squad showed great promise during yesterday’s game.The team as ever are proud and humbled by the amount of support they receive and hope that their supporters will continue to come along and support the “Boys in Blue”.

Training continues as ever in Morrissey Park on Tuesdays and Fridays. Our next competitive action is in the Munster league against Bandon RFC on Sunday 6th of October in Bandon. Kilfeacle and District hope that we will see many of our supporters there to cheer us on, as this will be a very tough game against Bandon. 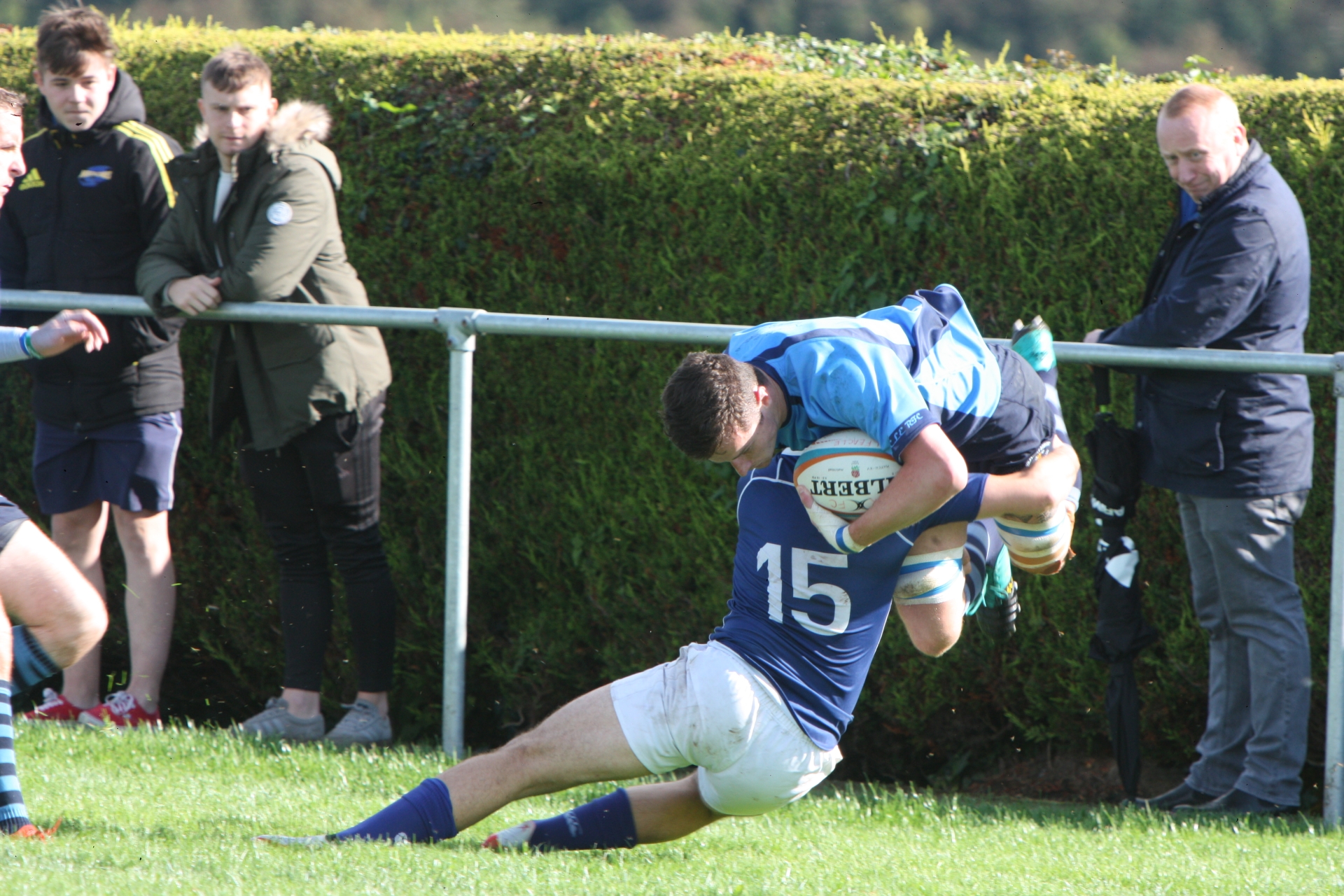 Both mini and youth Rugby training have resumed at Morrissey Park, (the Hill).

With a primary focus on fun, safety, learning the skills and improving the all important agility, balance and co-ordination of each child we welcome back our regular players and we extend a warm welcome to any new players who would like to come and play for the Blues. The underage’s of Kilfeacle have experienced quite a degree of success over the past number of years and it is envisaged this year will be no different.

Children from the ages of 6 and upwards are most welcome and importantly parents of the children are encouraged to come to the sessions, meet the coaches of each of the grades, meet the other parents and generally integrate within the groups.

Watch this space for dates and times and also keep an eye on Facebook/kilfeaclerfc or www.kilfeaclerfc.com for regular updates, news, fixtures and results.