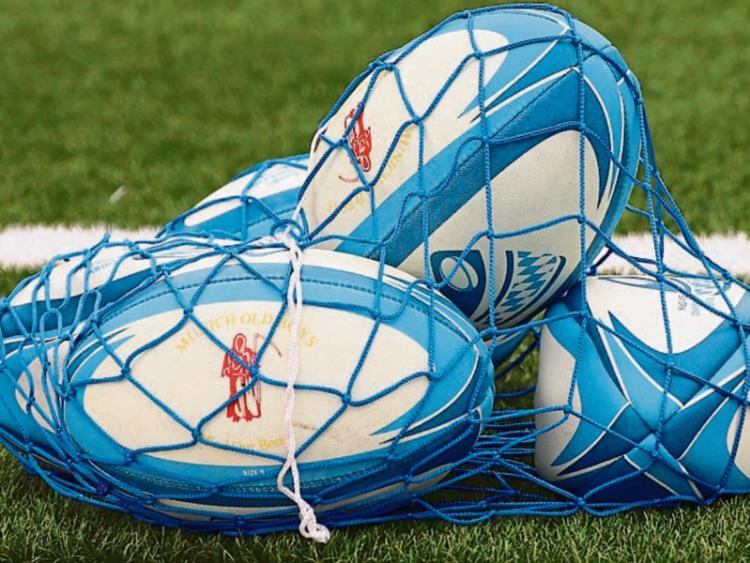 Kilfeacle RFC got to a great start last weekend

Kilfeacle and District RFC have been given the opportunity to pit themselves against senior teams and provides a unique and exciting challenge which the squad, management and club relish.

Kilfeacle RFC 22
Bruff RFC 17
Munster Junior League Division 1 champions and All Ireland Junior Cup winners Kilfeacle and District RFC joined Munster’s 15 All Ireland League clubs in the Bank of Ireland Munster Senior Challenge Cup draw. Kilfeacle welcomed Bruff RFC to Morrissey Park for the first round on Saturday 5th of September. The winners would progress to the second-round tie, a home fixture against All Ireland League Division 1B side Shannon, which will take place the following weekend on Saturday 12th of September.

This competition affords Kilfeacle and District RFC the opportunity to pit themselves against senior teams and provides a unique and exciting challenge which the squad, management and club relish.
The game kicked off at 2:30pm with Bruff starting and playing with a strong breeze aiding them. Immediately the senior team put pressure on the Junior champions. Bruff definitely started the better of the two sides and did not let Kilfeacle have anytime on the ball. Kilfeacle’s plan of not letting Bruff get an early lead lay in tatters after Bruff’s winger finished an excellent team try and went over in the corner to touch the ball down.

For the first 10 minutes of this game it seemed that maybe the step up to the senior level was a step to far for Kilfeacle and District RFC. . In the 11th minute the first scrum was awarded to Kilfeacle in the middle of the field. Kilfeacle dominated it and won a penalty which was kicked to touch and Kilfeacle entered the Bruff 22.

On the 26th minute mark Kilfeacle made a foray into Bruff’s 22 and after numerous phases of play involving all the team the manage to cross their opponents tryline only to be held up and awarded a 5-metre attacking scrum. This scrum allowed Kevin Kinnane, playing number 8, to pick and crash over the visiting sides line to score Kilfeacle’s first score of the day. William Staunton’s conversion kick came back off the upright so the score was 5 points apiece.

This score stung Bruff back into action and they were having the best of the possession and territorial advantage as the half came to an end. The referee had signalled final play of the half with Bruff in possession of the ball on Kilfeacle’s 22 metre line when Brian McLoughlin robbed the ball and broke through the Bruff line. He gained 10 metres before being tackled to the ground. In the tackle he offloaded the ball to Kevin Kinnane who gained another 10 metres before he was stopped in his tracks by the Bruff fullback and winger. To Bruff’s dismay he popped the ball up to the on-rushing Cormac Ryan(minor) who sprinted almost half the length of the pitch to evade all tacklers and score in the corner. The conversion kicked from the side-line against the breeze was missed by William Staunton and signalled halftime with the home team leading by 10 points to 5.
Kilfeacle started the second half with the stiff breeze at their backs and buoyed by their late first half try.

In the 12th minute the combined efforts of Simon Barry, Rickie Whitney, Diarmuid O’Donnell, Brian Barlow set up the opportunity for Cormac Ryan to surge forward and offload the ball to last year’s player of the year, Jack McLoughlin. Jack showed just one of the aspects that won him that accolade when he brushed aside 3 Bruff players to crash over the line and score. William Staunton converted easily and pushed his teams lead out to 12 points with a score that read 17 points to 5 in favour Kilfeacle and District. In the 27th minute and after numerous phases of play involving every member of the team, Jack McLaughlin scored his second try. This try ended the game as a contest even though William Staunton was unable to score the conversion. Kilfeacle started to empty the bench and all the subs were given a chance to make an impact. The final score was 22 points to 17 for Kilfeacle and District.

Kilfeacle would like to thank everyone from Bruff RFC. Our next game is Bank of Ireland Munster Senior Challenge Cup round 2 clash against Shannon RFC’s First XV on Saturday 12th of September at 2.30pm.