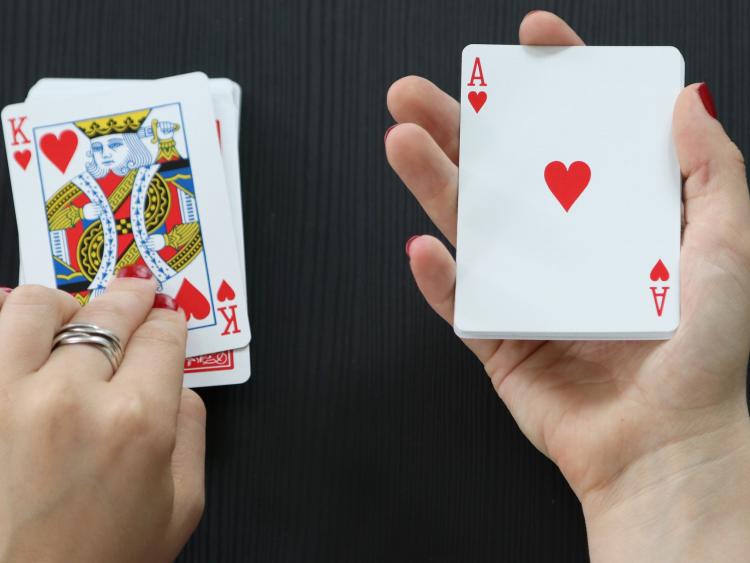 ACE OF HEARTS DRAW
On Monday night, April 12, our Ace of Hearts Draw resumed after a seventeen week break due to Covis-19 lockdown and hopefully it will now run on uninterrupted going forward.
The draw took place in the GAA clubhouse with five people present and social distancing being adhered to.
The Jackpot of €4700 was not won and increased to €4800 for last Monday nights draw (April 19) with 20 cards remaining. The runners up prizes were as follows, €50 (First name drawn) to Paddy Greene Oola, 4x €25 spot prizes Stephen O’Hora and Shane Farrell both purchased online, Mary Toomey Monard, Pat and Kathleen Irwin Lr Monard.
Sellers prize Phil and Cathy.

GAA
This weekend commencing Sunday April 25 with the easing of lockdown restrictions will see a welcome resumption of all under age and up to U18 training in the pitch and with it the opportunity to get all our young people back out hurling or playing football and preparing for whatever challenges that are coming down the tracks by way of multiple fixtures.
In the meantime for all adult players the wait goes on and this may take another three to four weeks before a decision will be made on when they can return.

SYMPATHY
This week we extend our deepest sympathy to the O’Riordan family of Miltown Sologhead on the passing of their mother Mary on Sunday, April 11.
Predeceased by her husband Paddy, her parents James and Annie (Nan) and brother Tommy, she will be sadly missed by her sons PJ, Jim, Tom and Joe, her daughters Shelia, Maura and Anne, sons-in-law, daughters- in-law, her nineteen idolised grandchildren, nephew, niece, cousins and her wonderful neighbours and many friends.
Mary, who I would meet on many occasions on her way to do her shopping in Monard was a keen GAA supporter which was helped in no small way by the exploits of Tipp and her grandchildren the young Carey brothers with both Sean Treacys and Tipp.
Following requiem Mass on Wednesday, April14, burial took place in Oola cemetery.

ST NICHOLAS FC
The winner of the weekly club 50/50 fundraiser which took place in the clubhouse in Bohertrime on Tuesday night, April 13, was Danny O’Dwyer of Carron who collected €229 for his investment of €2
This is a valuable source of income for the club and with entries at €2 each or three for €5 you are supporting a very worthwhile community asset in the parish.
The draw takes place every Tuesday night and entry envelopes can be had at Toomey’s Shop in Monard, from any club officer or player. There is also an online link available.