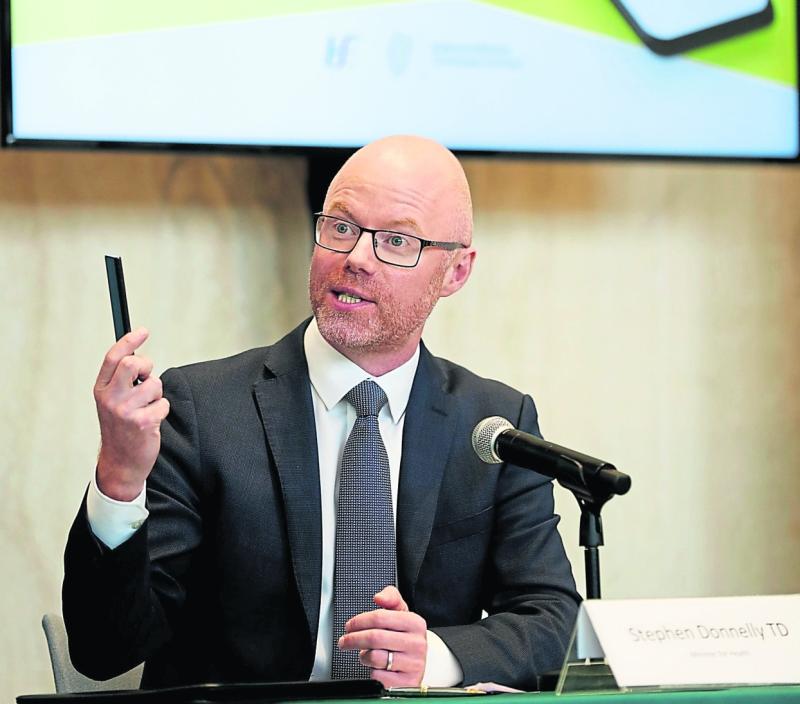 Tipperary Town stroke survivor, Martin Quinn, recently had an online meeting with the Minister for Health, Stephen Donnelly, to discuss issues around stroke and for the need for the publishing of the National Stroke Strategy along with an implementation plan and full funding of the strategy.

The meeting which took place on Tuesday, August 30, was arranged by Jackie Cahill, TD, and attended by Dr Ronan Collins, Director of Stroke Services/Consultant Physician at Tallaght University Hospital, Kathryn Reilly, Policy and Legislative Affairs Manager with the Irish Heart Foundation, Chris Macey, Director of Advocacy and Patient Support at the Irish Heart foundation, by officials from the Department of Health and Integrated Care and by Ryan O’Meara from the Office of Deputy Cahill.

“It is in the Programme for Government and recently Taoiseach Micheál Martin said that the Government is fully committed to implementing the plan.

“If you look at our stroke units for example; 80% of units are understaffed and over a third of people don’t get into a stroke unit and post stroke rehab services especially in areas of aphasia and psychology are poor.

“The need to address the long-term persistent deficits in stroke support and rehabilitation in the community including post discharge services and support pathways including a right to a discharge plan and regular follow up, are all critical components that the strategy must address.

“Without the strategy we don’t have a plan and the inevitable spill over from that is the serious effect this will have on other services in acute hospitals,” said Mr Quinn.

Martin Quinn also highlighted the need for a full conversation around awareness campaigns for stroke and the importance of including awareness of aphasia.

“If the recent publicity regarding the diagnosis of Bruce Willis with primary progressive aphasia is anything to go by then we have a clear need to include awareness of aphasia and of the type of aphasia related to stroke in any campaign.

“Any national campaign around stroke awareness needs to include aphasia as a key component,” continued Tipperary Town’s Mr Quinn.

In response the Minister said that the Government is fully committed to implementing National Health Strategies including the National Clinical Programme for Stroke as set out in the Programme for Government - Our Shared Future 2020.

“Consultation and mapping of the strategy against national programmes of work such as the Enhanced Community Care Programme (ECCP) and Chronic Disease Management (CDM) Programme was required, and is now complete.

“The strategy which is now in draft form will need final approval before going for consideration to the Government.

“Once approved by the Government it will then go for publication,” said the Minister.

He could not give an exact timeframe for publication but was hopeful that there would not be any further undue delays.

The Minister is also to consider a request from Martin Quinn to open the second Regional Stroke Conference hosted by the South Tipperary Stroke Communication Group which is being planned for later this year.