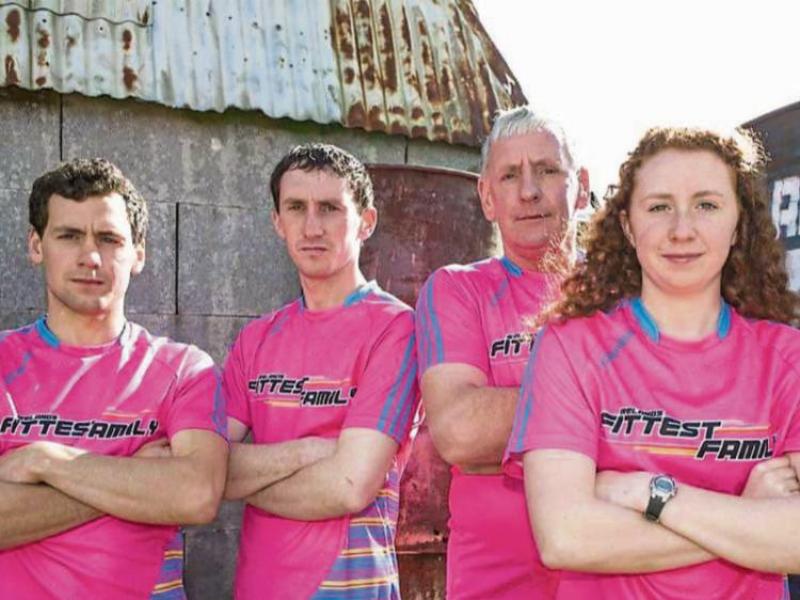 The Cummins family from Rahealty led by dad Jim, sons Mark and Henry and daughter Ciara were the worthy winners in the grand finale of the fitness challenge TV show after beating out fellow competitors the Ryans from Donegal and the McCarthys of Clare in a series of nail biting challenges.

The series, which was recorded over several weeks during the summer, saw the super fit family crawl through bogs, scale the infamous 70ft high Jacob’s ladder, sprint across the Mayhem obstacle course in Cahir and hang out 20ft above water at Dublin port to take home the €15,000 prize and the fittest family title for 2016.

And the final episode of the 2016 show certainly did not disappoint with the last three families standing in the competition taking on three different challenges in a bid of securing a place in the grand final and the last race of the day.

First up was the turn of Henry Cummins who was the nominated family member to take on the Hanging Tough challenge at Dublin Port. Taking the challenge in his stride, Henry breezed into first position, earning his family three points in the process. Next up was the equally tough Arena Challenge which was made even more difficult by poor weather conditions but the Cummins again proved their worth securing first place and another three points for their family. A final challenge made up of a ten tonne trailer pull saw the family sail into the next stage of the competition which youngest team member Ciara summed up by saying the family needed to “keep the focus” for the competitions final race.

And keep the focus they certainly did as despite an early lead from opposition team the McCarthys, Ciara, Jim, Henry and Mark proved they had what it takes as they sprinted, climbed, crawled and pulled their way to win the days final race and ultimate fittest family title.

“We really weren’t the strongest team in it but blood, sweat and tears, clawing and every inch mattered to us and we just kept going,” said Mark after the win while dad Jim said the family would be spending the €15,000 prize money on a holiday, joking that mentor Anna Geary would be coming with them.

“It was my sister Ciara who signed us up for the competition, she pushed us into it and we said sure why not we’d give it a go,” 23 year old lifeguard Mark told the Tipperary Star.

However the well known sporting family are no strangers to success with youngest sister Ciara already holding 53 All Ireland medals for athletics while Mark plays for a local rugby club in Thurles and eldest brother Henry is a keen equestrian.

Mark was also put in an awkward situation in the show's first episode earlier this year when it was revealed the Cummins had to go head to head with his girlfriend Nicola O’Mahony and her family in an eliminator challenge. However Mark said there was no love lost between the couple with the O’Mahony’s cheering on the family all the way to the final.