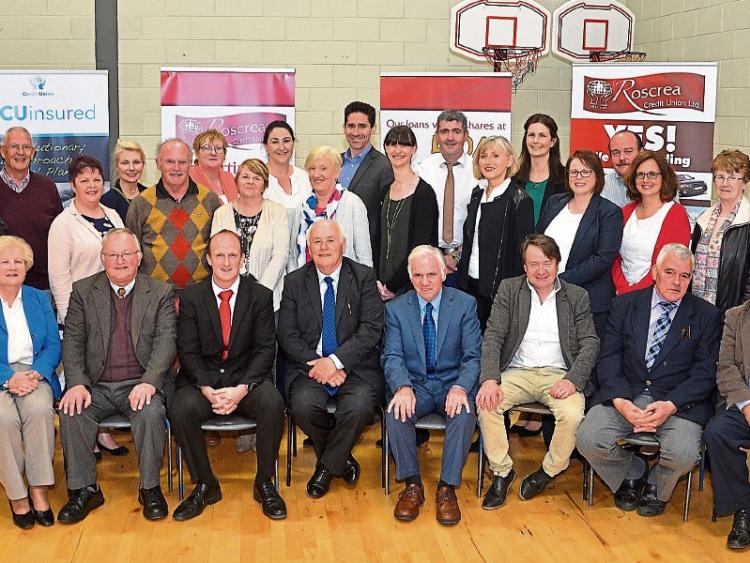 The credit union has a range of events planned from around 12pm that day. All are invited to come along. Competitions, Music and refreshments will be on offer with plenty of additional entertainment. To celebrate the Credit Union’s 50th anniversary an exhibition of photos will be on display. Many of the photos have appeared recently on the credit union’s Facebook Page bringing plenty of positive comment from both members and non-members.

The Chairman of the Credit Union Sean Hogan said this week that while the credit union has a wonderful 50 year history it did fall on difficult times in 2010 and credit must go to the Manager Brian king, all his team and all the volunteers that have worked so hard since then to ensure that the credit union has a viable and exciting future. The Chairman said thousands of voluntary hours were contributed by officers and staff members that realised the enormity of the challenge facing the credit union and the changes needed to help bring us to the very positive position that we find ourselves in today.

The Chairman said he has enjoyed looking back on photos of the past fifty years and he would like to thank anyone associated with the credit union that made a positive contribution during that period.

The theme of this year’s annual credit union day celebration is ‘Dreams Thrive Here’ which was chosen to reflect how credit unions serve as catalysts to make different personal choices and career paths a reality.

Worldwide, 68, 882 credit unions in 109 countries serve 231 million members. In Ireland, as in other countries, credit unions with their not-for-profit and member-first ethos provide effective and viable alternatives to for-profit financial institutions.

Speaking about the activities Brian king said like all credit unions, Roscrea Credit Union shares a common goal to offer access to affordable financial services to all of our members.

On the day of celebrations Roscrea Credit Union will release 50 balloons. In each balloon is a ticket and anyone that finds a ticket and presents that ticket at the offices of Roscrea Credit Union on or before October 31st 2017 will be presented with a prize. Also on the day music will be provided by Dinny Quirke and Anthony Bourke who always give a great performance and in addition to all that the latest cash draw will take place.

Brian also mentioned a special community project that the credit union has embarked upon as part of it’s 50 anniversary celebrations. Brian King said that details of that project will be announced in the coming weeks and that people from the local community will hopefully be very happy with the result. Exciting times indeed for all at Roscrea Credit Union.