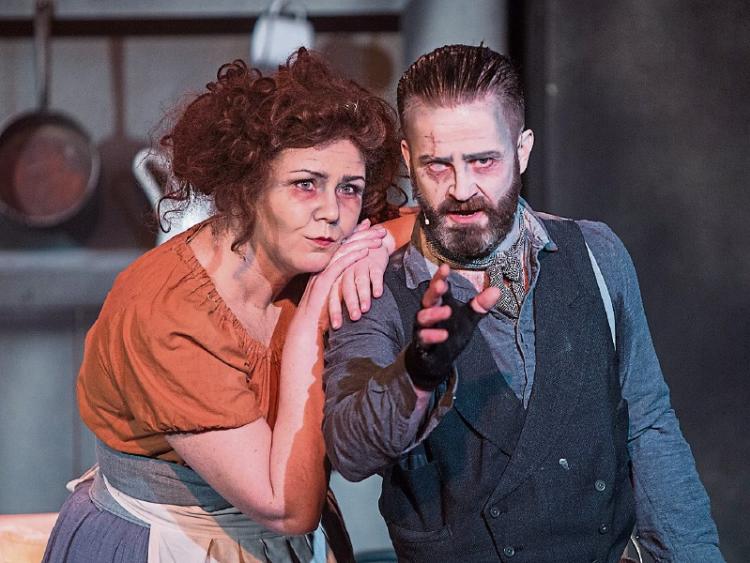 Olwyn Grogan (Mrs. Lovett) and Diarmuid Vaughan (Sweeney Todd) are starring in Sweeney Todd, which continues at the White Memorial Theatre in Clonmel until Saturday.

A glimpse at London life in the early Victorian era is on view in Clonmel this week with the musical thriller 'Sweeney Todd, The Demon Barber of Fleet Street' being staged in the town for the first time.

That task is being undertaken by St. Mary's Choral Society, which chose this gory melodrama, with an ample helping of black comedy, as its 121st production.

Sweeney Todd's music and lyrics were written by American Stephen Sondheim in what is universally regarded as one of the Academy Award winner's most powerful scores.

The story concerns the homicidal career of Todd, who was falsely imprisoned by a judge who coveted his wife Lucy and banished him to Australia, while their infant daughter Johanna became a ward of the judge.

Upon his return Todd becomes a serial killer, determined to gain revenge against the judge and just about anyone who stands in his way by cutting their throats while seated in his barber's chair. He is cheerfully helped by Mrs. Lovett, who is delighted to use the bodies of his victims to give new life to her previously flavourless meat pies.

Todd eventually meets a grisly end when he is murdered by one of his own razors, wielded by Mrs. Lovett's assistant Tobias Ragg.

The demanding lead role has been taken on by society veteran Diarmuid Vaughan, a previous winner of the Best Actor award in the annual AIMS (Association of Irish Musical Societies) awards. Having long since established himself as an actor and singer of some repute, he carries off this latest role with some aplomb. His captivating performance moves onto another level when Todd embarks upon his murderous spree.

A man of many talents, Diarmuid Vaughan doubles as the production's set designer. The stage perfectly sets the scene for the musical's blend of comedy and horror, with more than a hint of darkness and menace. The set is particularly enhanced by the bakehouse, especially that superbly-created oven into whose raging fires Mrs. Lovett is mercilessly pushed by Todd when he discovers that she had concealed the true identity of the Beggar Woman, who was actually his wife Lucy; and the specially designed mechanical barber's chair that allows Todd to kill his clients and then send their bodies hurtling through a chute directly into the pie shop's basement bakehouse.

In an understated way, Olwyn Grogan is a commanding, compelling presence in her outstanding performance in the appealing part of Mrs. Lovett. She and Diarmuid Vaughan are a perfect partnership, teaming up on some of the show's most memorable scenes when Todd agrees to her suggestion that they use the flesh of his victims in her meat pies on the song 'A Little Priest'; and when Mrs. Lovett dreams of her retirement with Todd in a house by the coast on the number 'By The Sea'.

The role of Johanna allows Sinead O'Donovan great scope to display her extensive range of vocal talents, especially on 'Green Finch and Linnet Bird' in the first Act. A bright future looks assured for Johanna, who is appearing with St. Mary's Choral Society for the first time in ten years after her last appearance as a member of the junior cast of Regards to Broadway II in 2007.

Emmet Donlan reprises the role of Anthony Hope which he played with Carrick-on-Suir Musical Society seven years ago, and his strong vocals enable him to pick up where he had left off. Emmet was one of three members of his family to tread the boards in Sweeney Todd, as he was joined by parents Mary and Robert. 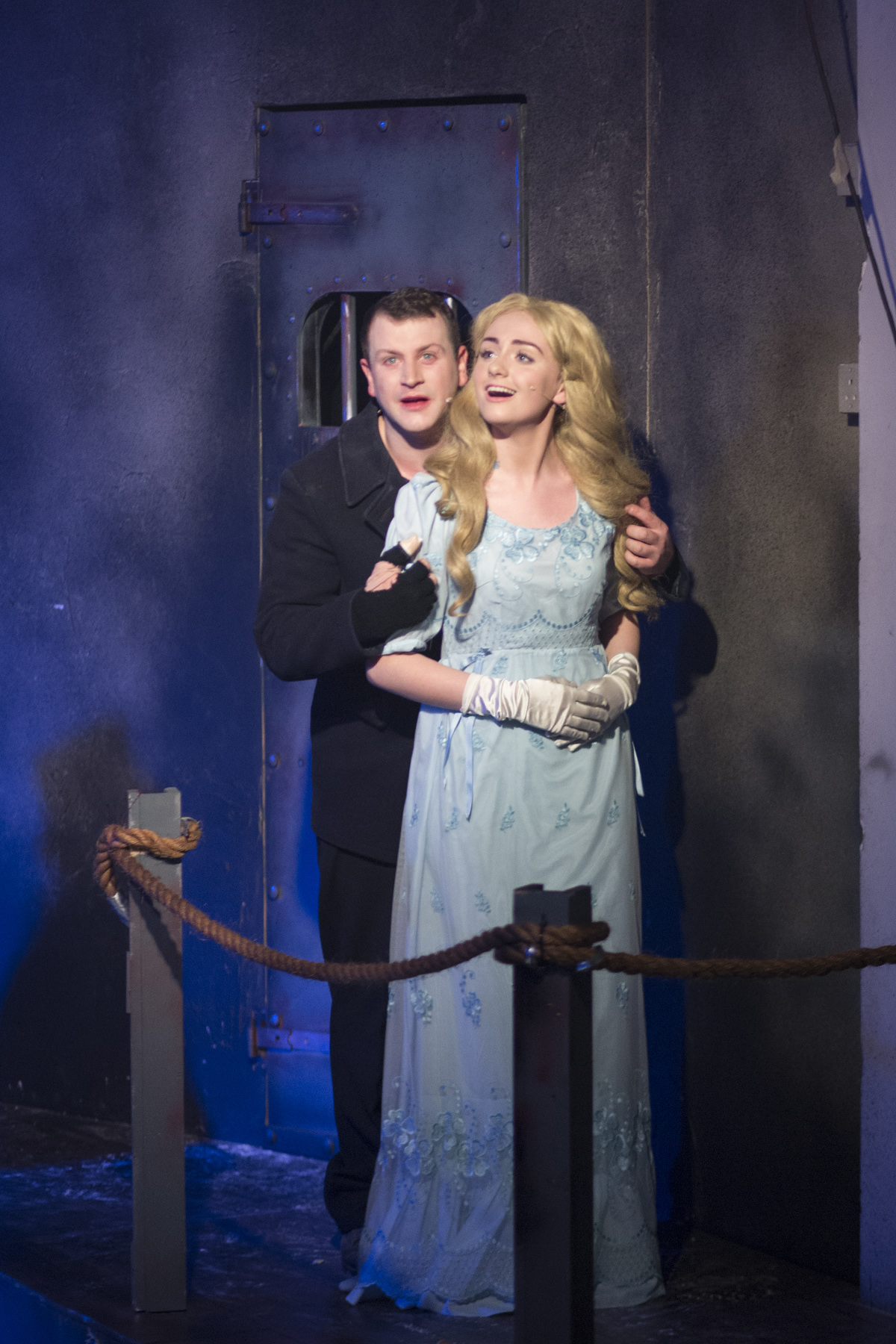 Michelle Smith is sure-footed as The Beggar Woman, as is David Hughes as Judge Turpin.

John Sharpe from Tipperary town makes a very promising debut with St. Mary's as Tobias Ragg, while James O'Donovan is perfectly cast to inject some levity into proceedings in his comic turn as Adolfo Pirelli, especially during 'Pirelli's Miracle Elixir' and the shave-off with Todd in 'The Contest'.

And hats off to the chorus for somehow managing to perform 'God, that's Good!', while scoffing Mrs. Lovett's pies at the beginning of the second Act; and for the very striking 'City on Fire/Searching' scene in the final sequence.

Michael O'Donoghue's production and direction are as accomplished and polished as audiences around the country have come to expect from him over the years. The show is also enhanced by all of the production team including musical director, chorus mistress and conductor Laura Cotter.

By any standards, this is an excellent and highly enjoyable interpretation of this dark and powerful musical, and fully deserving of the standing ovations it has been receiving.

The show continues nightly at the White Memorial Theatre until this Saturday, April 29th.