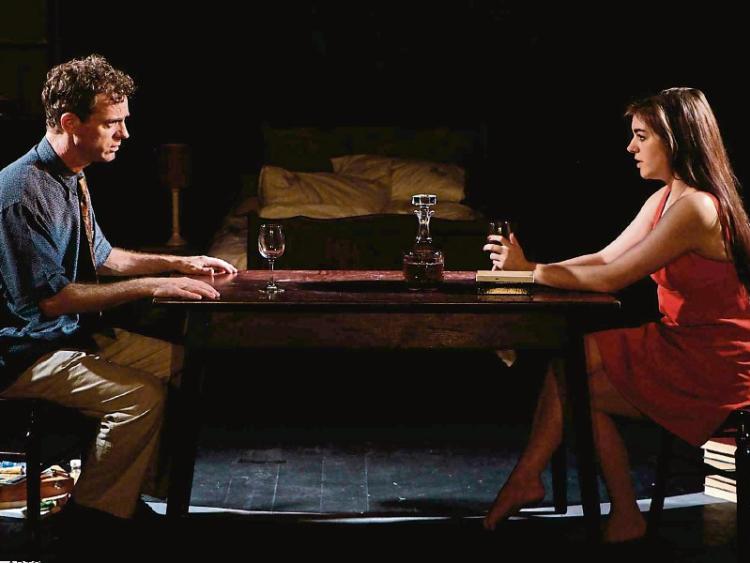 Central Arts is delighted to announce their return to the Source Arts Centre Thurles this Friday with the superb ‘The Collector’ directed by emerging Cork director Killian Collins.

Based on the classic novel by John Fowles, The Collector is a story of possession, obsession and love and  is often considered one of the great works in modern literature.

The Collector tells the story of Frederick Clegg (Andrew Holden), a socially awkward young man who collects butterflies. Infatuated with the beautiful and (to him) unapproachable art student Miranda Grey (Paula Weldon), he resorts to “collecting” her, imprisoning her in a specially-designed, underground cellar in the hope that in time, his affection will be reciprocated.

The entire play is inter-spliced with a narration from Frederick that enables the  audience to get a direct and unsavory window into his psyche.

It is  this very human and personal approach that makes The Collector so engaging as there’s plenty of time and room to become  acquainted with Frederick's mind and the dread of Miranda’s situation.

The Collector in The Source Arts Centre, Friday 26 May  at  8pm.