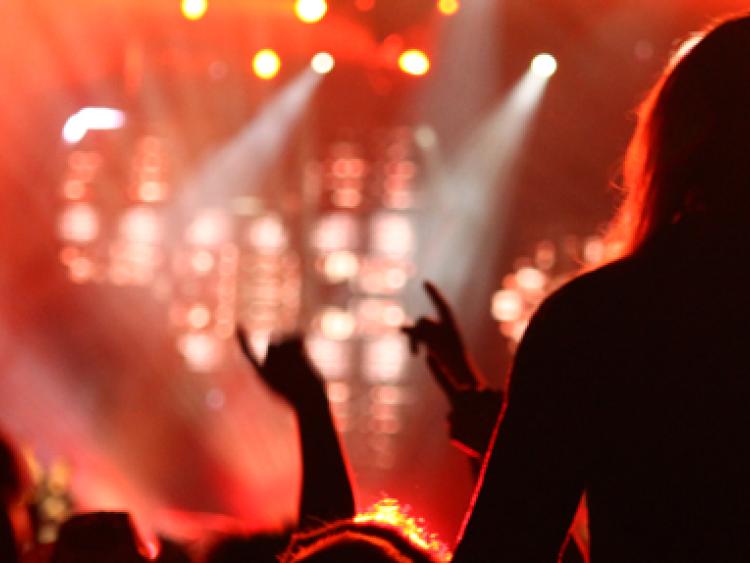 On Friday, August 11th Tipperary Racecourse will host a one furlong (200m) 'Colour Fun Run' which aims to raise much-needed funds for Pieta House and the Circle of Friends Cancer Support Centre. Participants can collect sponsorship cards from Tipperary Racecourse, Pieta House, Circle of Friends Cancer Support Centre in Tipperary Town or by registering online on tippcolourrun.com. Participants can also email info@tipperaryraces.ie or call 062 51357 to request a sponsorship card. The first race goes off at 5.20pm on Friday, August 11th. Gates will open two hours before the first race. The Tipperary Colour Run will take place after the last race at 8.30pm followed by live music with Riptide Movement from 9pm.

Summer Writing Workshop
One-day writing workshop in Brewery Lane Theatre, Carrick-on-Suir, on Saturday 29th July. If you think it's time for you to experience the pleasures of writing, develop new and original drafts and be part of a supportive writing community then this workshop might be for you. All you will need is a notebook, pen and a desire to write. Date: Sat. 29th July from 10am to 4pm at the Brewery Lane Theatre (tea room), Carrick-on-Suir. Fee: €60 (incl. tea/coffee/refreshments but not lunch)

Birdhill's Fittest Family
On Friday July 28th a contest will take place at 7pm in the Longhouse Field, Cragg, Birdhill to select Birdhill’s ‘fittest’ family. Competitors must be resident in the Birdhill catchment area. For further information contact Denis Floyd (087-9355750) or email birdhilltidytowns@gmail.com

Catch 'Marion' in Terryglass
Don't miss Katie Holly’s one woman show ‘Marion’ in Terryglass Hall on Thursday 17th August as part of the Terryglass Arts Festival. Tickets are €12 and available online from www.terryglassartsfestival.ie.

The famous Lambert Family Puppet Theatre will be a star attraction at the eagerly awaited Ballynonty Family Fun Day on Sunday next July 30th which starts at 1pm. In addition to the Lambert Theatre performance, the Family Day boasts a wide range of varied events including a Dog Show, kiddies races, pony rides, train ride, face painting, bouncy castles, sale of work and side shows. Admission tickets are modestly priced at, Adult €7, children €5, and family tickets for €20.

Saddle up for country jamboree
Toomevara GAA presents Nathan Carter, Patrick Feeney Country Singer, Louise Morrissey Singer and The Conquerors at Naas Racecourse on August 6th for what promises to be a day and night to remember. Tickets €27.50 from www.tickets.ie. Concert 5 - 10pm.

Riptide Movement play Thurles
Hayes Hotel Big Band Bash presents The Riptide Movement on Saturday August 19th with support from amazing local bands Seskin Lane and Jester. Bands start at 9pm followed by DJ Darren in Club Icon and DJ Martin Maher in HHCLUB. A night not to be missed. Early bird tickets €10 or €15 on the night. Tickets on sale from Hayes hotel or call 0504-22122. Free BBQ food on the night.

The Blizzards and Jerry Fish for Nenagh Festival
Mullingar's favourite sons The Blizzards alongside former Emotional Fish frontman Jerry Fish have been unveiled as joint headliners of Lily's Happy Days Festival in Nenagh this August 19th - 20th.Set over two days, the growing line up features two of the country's top live acts as well as local band 1710 and Nenagh singer songwriter James McGrath.Early bird tickets are on sale until August 1st and cost €20 for one day, €35 for two day pass and €40 for two day pass plus camping. Event is strictly over 18's.

Riptide Movement play Nenagh Eire Og Race Day
Nenagh Éire Óg will host a club race day at Tipperary Racecourse on Friday, August 11th. The event promises to be an excellent day's entertainment and the club are encouraging all members, supporters and players to attend. On the day there will be finger food followed by music by The Riptide Movement. The first race gets underway at 5.30pm and the last race takes place at 8.30pm. Tickets (priced at €25) can be purchased from Derek Lillis (086 861 4863) or Eddie Sheary (087 204 4053).