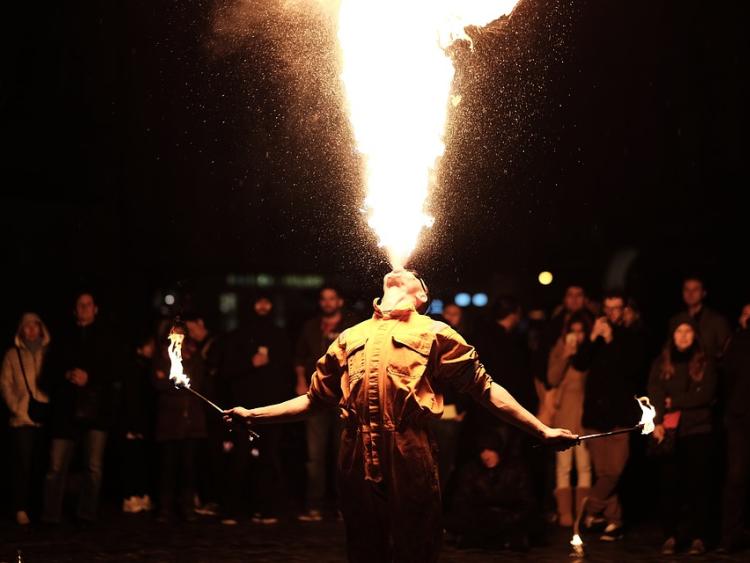 Looking for somewhere interesting to go this Friday? Culture Night is back with a bang on September 22 with a host of free events taking place across Tipperary to celebrate the world of music, film, art, poetry and song.

The Bold Bridget Cleary
One woman show describes the life and events which led to the death of Brigid Cleary, the woman accused of being a changeling and burned to death by her husband in Tipperary in 1895. Time: 7.30pm in Nenagh Arts Centre Admission free but ticket is required (available from Box Office)

Drumming workshops
Come along and express your rhythmical bliss at these wonderful recreational drum circles.
Open to everyone. At the Plaza, Mian Street Cashel from 6-6.45pm and 8.15pm to 9pm.

Folk Rock
Catch the Cedartowns at the Rock of Cashel. From 7.30 - 9pm.

Films
A series of short films shot in Tipperary portraying everyday life from the distant past. Featuring Country Magazine a film made on a wet fair day in Borrisoleigh (1955), Leading the Way Domestic tips from a Tipperary housewife (1964), Three Kisses an Academy Award-nominated hurling film with sequences shot in Thurles (1955). Running time 66 minutes. Where: Nenagh Arts Centre. Time 9pm, Admission is free but ticket required (available from Box Office)

Culture at the Source
Starting at 7pm, artist Marie Hanlon will give a public talk on her current exhibition ‘Lines Tell Lies’ in The Source Gallery.
At 7.30pm local writers from the Source/ Fishamble Theatre Writers Programme perform four short plays. Included are ‘The Letter’ by Fran O’Brien, ‘Perplexity’ by Catherine McVicker, ‘Sallygap’ by Fiona Kenny and ‘Strange Little Alice’ by Paul Maher.
Culture Night then moves in the Source Auditorium with new musical works by local band Sam Rapoport and the 5Day, New Blue Sioux and songwriter Billy O’Dwyer. Run time: Arts Labs start at 7pm to 10.30pm All events are free.

Walk a mile in my Shoes
The Tudor Artisan Hub is producing a joint Culture Night art installation project with LIT, Clonmel – under the title “Walk a mile in my shoes”. This is an exciting 2-hour community event, which will create a ½ mile installation of shoes both in Clonmel and in Carrick-on-Suir. In Carrick on Suir the ½ mile walk/installation will take place from the River Suir towards the Ormond Castle/ Tudor Manor House. Anyone can take part. Each person is asked to donate and artistically decorate a shoe which symbolizes themselves or to represent someone they know/used to know. The outside of the shoe represents what we show to the world whilst the inside shows what we keep hidden (Johari Window) This event will end with a short talk, refreshments and music. LIT Students will take photographs and video the event to capture the overall event as well as the individual stories of the shoes. These will be shared at the end of the walk. From 2 - 4pm.

Les Mis at The Excel
Catch the award winning Les Miserables at the Excel Arts Centre, Tipperary Town on Friday 22 at 8pm.

Stella Days film screening
Come on down to the Fethard Horse Country Experience this Culture Night for a special screening of ‘Stella Days’ in the Holy Trinity Church nestled behind The Tholsel, Main St., Fethard. ‘Stella Days’ directed by Thaddeus O’Sullivan, starring Martin Sheen, Stephen Rea & Amy Huberman was filmed in Fethard in 2011. Both the Tholsel and Holy Trinity Church were featured heavily in the film and this event will marry culture, the arts and heritage under one roof in the heart of the medieval town of Fethard. Time: 7-10pm. Film screening at 8.30pm. Film Rated 15A.