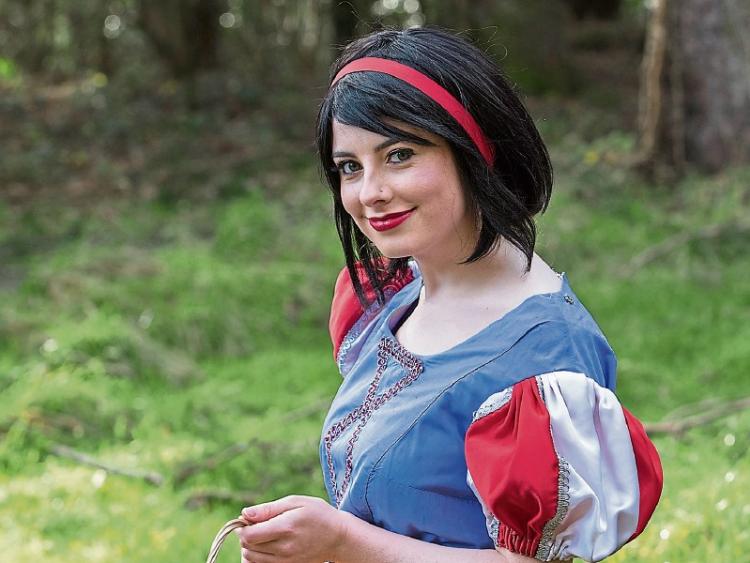 Tara Gearon as Snow White in the Clonmel panto 'Babes in the Wood'.

Give an audience a well known local man dressed up as a woman, a cast of no less than 27 heroes and villians, an overall cast of 90 children and what do you have?

Babes in the Wood, the hilarious sparkling new pantomime that St. Mary's Choral Society, Clonmel are in the middle of putting the final touches to in what they are calling the biggest and funniest pantomime that they have produced to date.

Babes in the Wood tells the story of three very unlikely heroes who live on the edge of the Wood.

Horace, a hopeless Huntsman (Emmet Donlan), his six year old little sister Heidi  (Jason Ryan) and their mother, the Widow (George Barry) set on a mission in the woods where they are joined by Snow White (Tara Gearon). 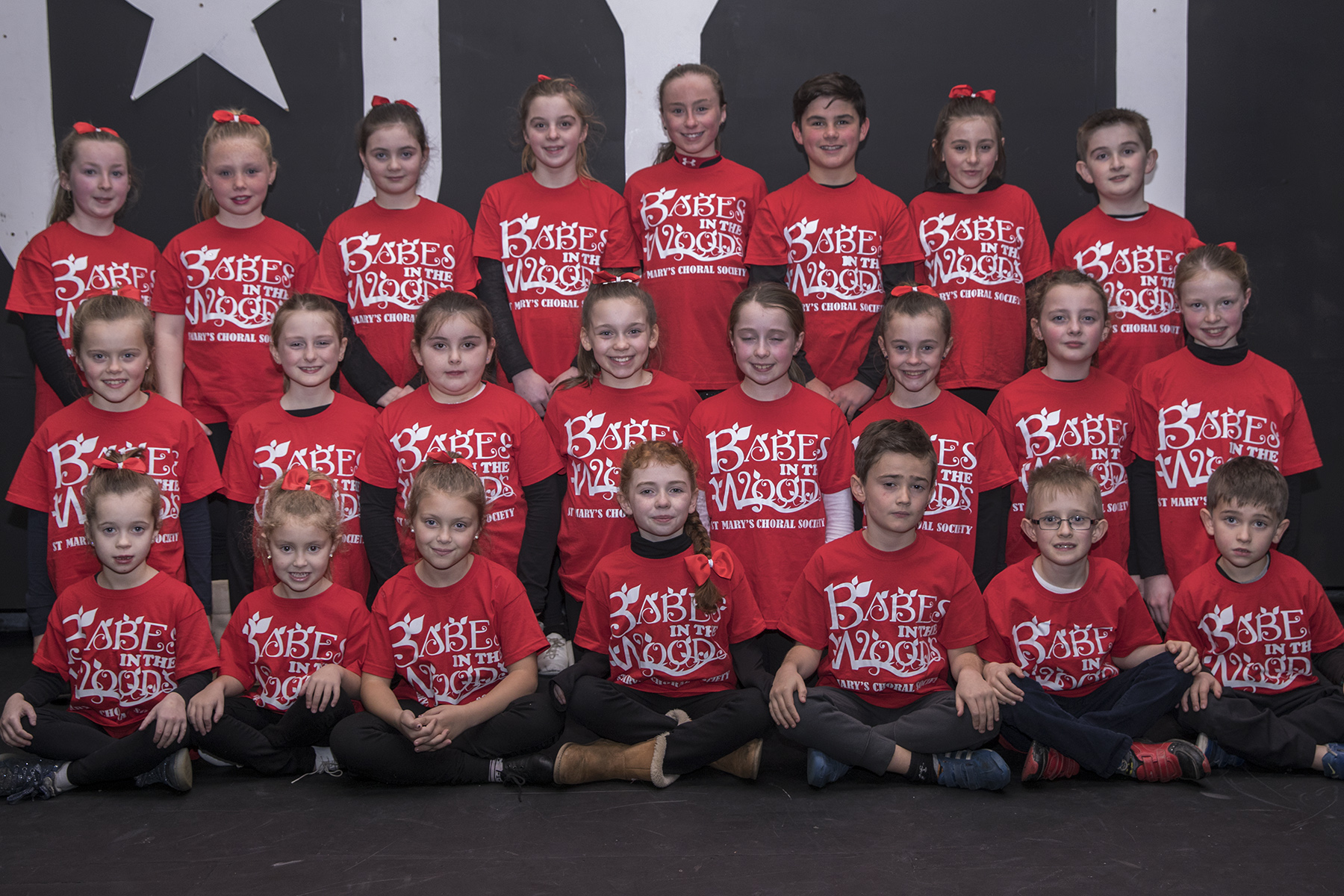 Young members of the cast.

Little does Snow White know that our hero Horace has been hired to kill her by the Evil Queen (Kevin Fahey) and her fabulous assistant Cedrick (Diarmuid Vaughan).

While in the forest our band of heroes rescue Litte Red Riding Hood (Alan McCormack) and her Granny (Gillian Crowe Bryne) from the Big Bad Wolf (Kevin Twohig). 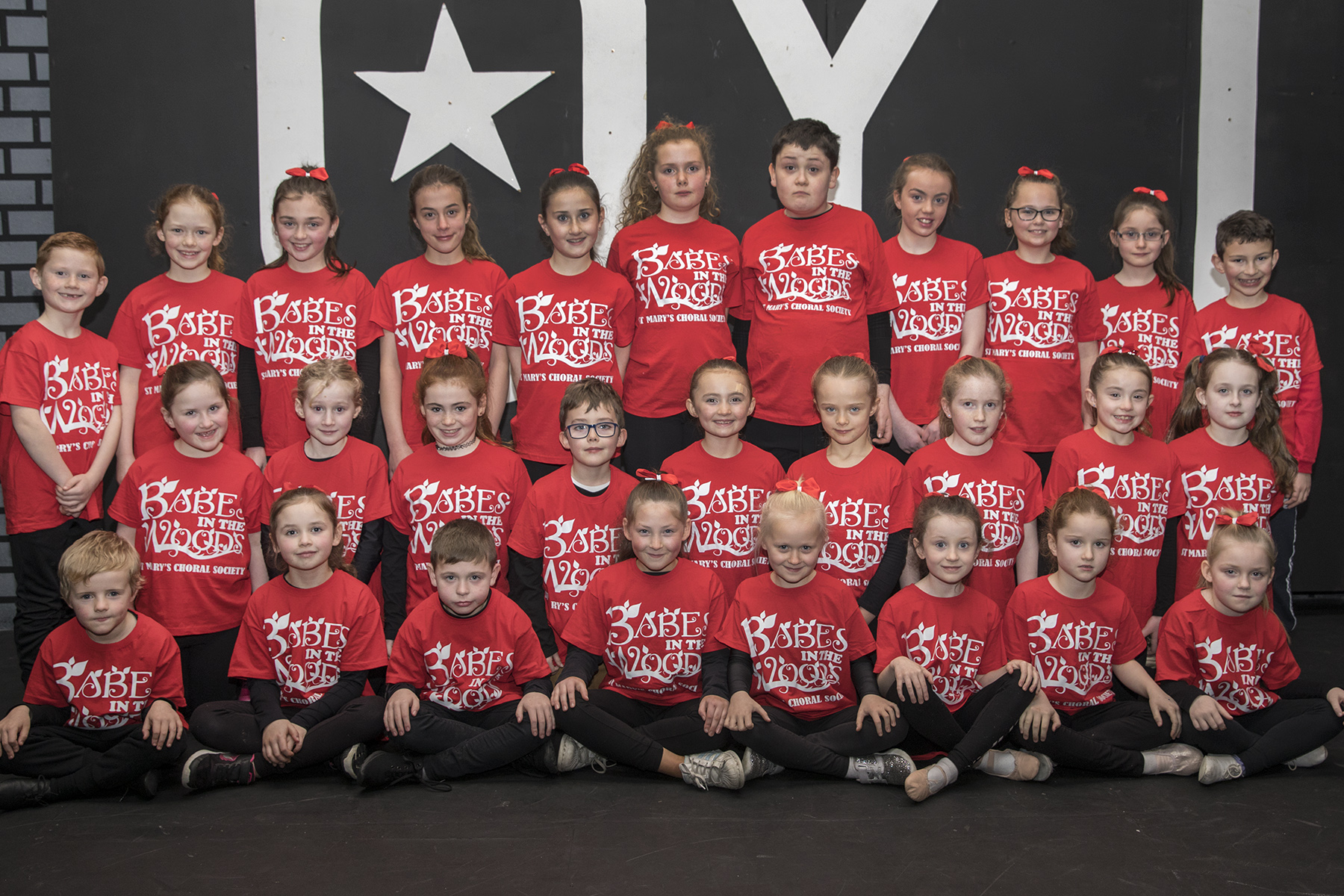 Taking part in the panto.

The Story is told by the Grimm Brothers who are played by James Sweeney and James O'Donovan.

Babes in the Wood will run at the White Memorial Theatre from January 3rd to 7th 2018 with evening performances from 3rd to 6th and matinee performances on 6th and 7th. Tickets can be booked from Marians book shop by calling 052 6123813. 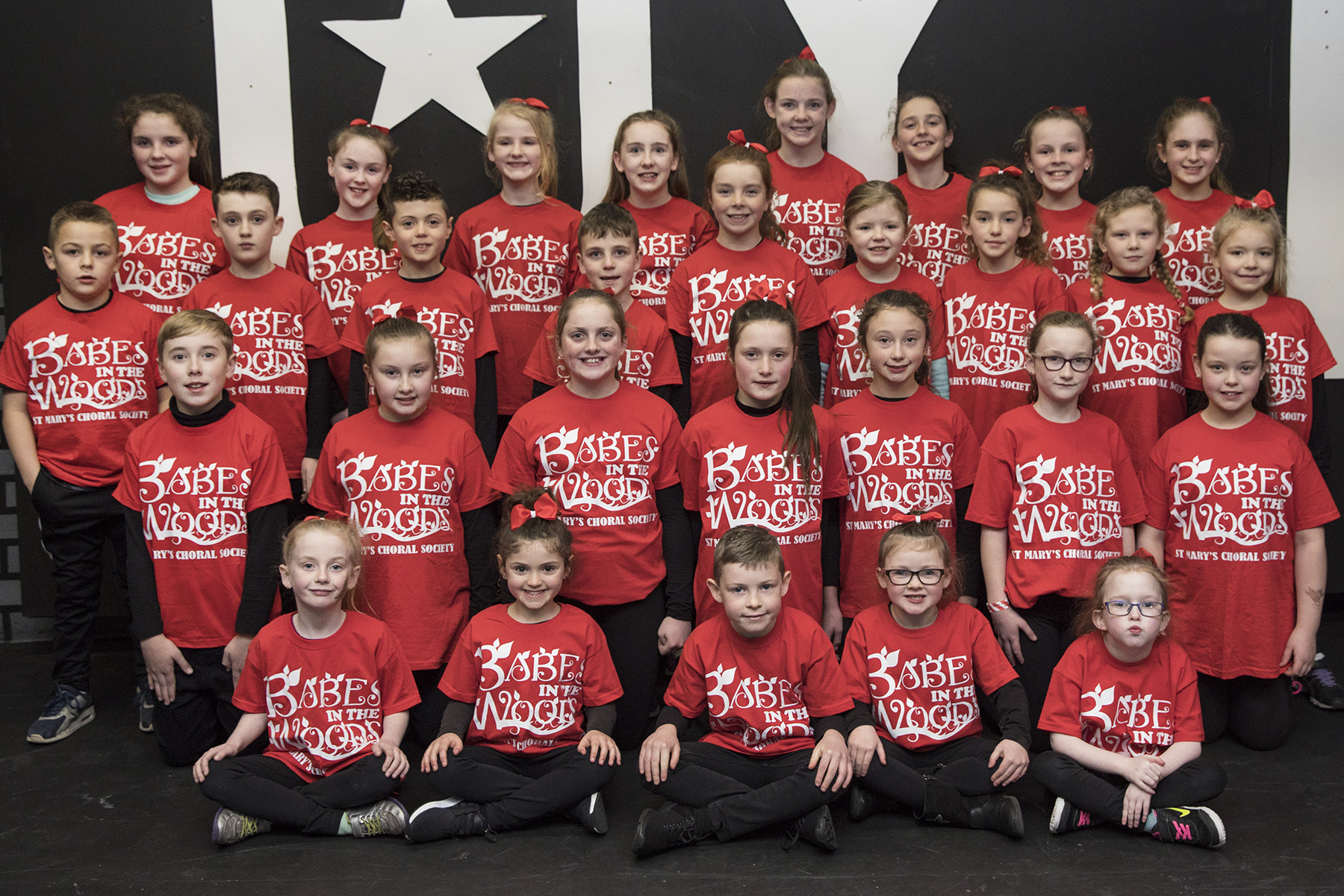 Looking forward to taking to the stage.

Christmas season when Marian’s will be closed, tickets can be bought by calling the society on 0852052600.