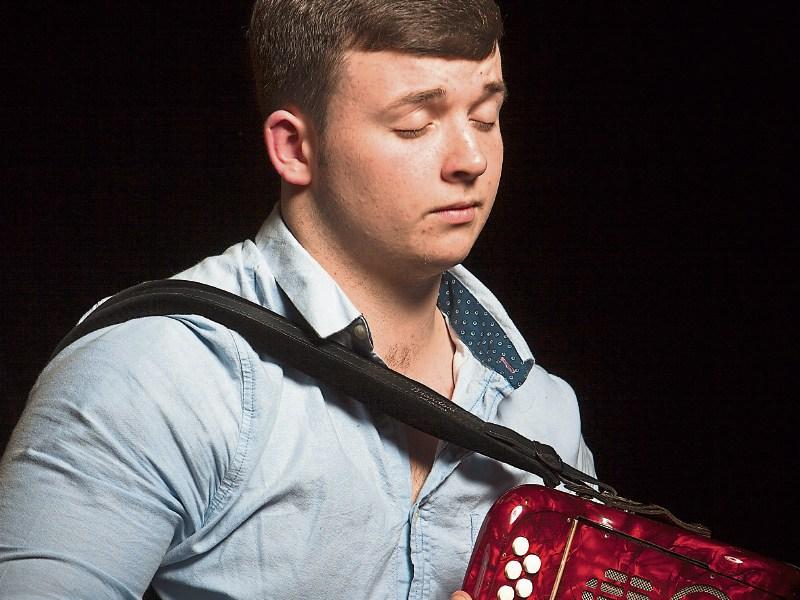 Borrisokane musician Keelan McGrath is among the finalists competing for the Seán Ó Riada Gold Medal in Cork next month in a live broadcast airing on RTÉ Raidió na Gaeltachta.

Sixteen year old Keelan has been playing music since he was eight, and started composing his own original compositions at eleven.  In 2012 he won the All-Ireland title, and has been winning All-Ireland titles for the past six years in various competitions.

Keelan has a deep-rooted love for traditional Irish music, and has been greatly influenced by his mentor and teacher Ned Kelly, who passed on not only music and technique to Keelan, but also a knowledge and understanding of the tradition.  He was also inspired by the music of the late Paddy O’Brien, and other influences include the late Finbarr Dwyer and Joe Cooley.

There will be 16 musicians in total taking part in the final in the Rochestown Park Hotel in Cork on 2 February, which features box and concertina players this year.  Last time these instruments were in the competition Keelan McGrath was also a finalist and was the youngest competitor, but this time the honour falls to Eimhear Flannery, 13, from Rockchapel in Cork.  John Paul Wick will be the competitor with the furthest to travel, coming all the way from New Jersey in the US.

The judges on the night will be esteemed musicians Noel Hill, Charlie Harrison and Mick Mulcahy.

The final takes place as part of a series of events over the weekend in the Rochestown Park Hotel.

The show will air on Friday 2 February on RTÉ Raidió na Gaeltachta.