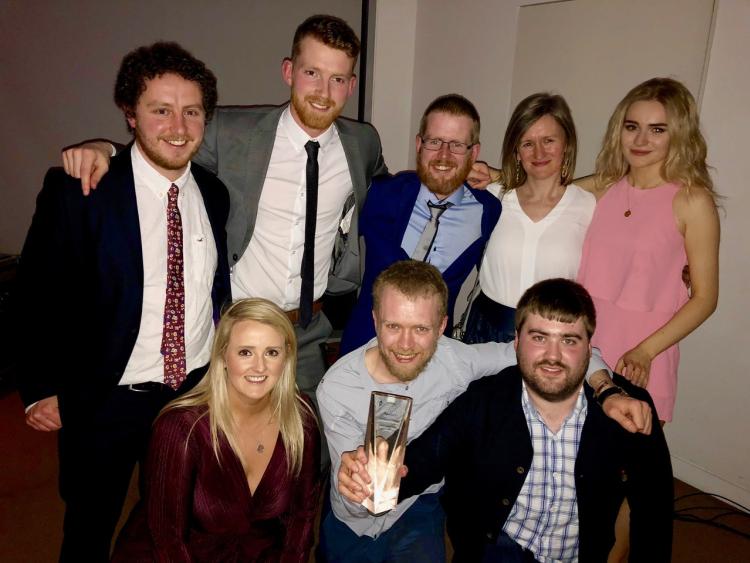 Smedia nominees and winners from Nemeton TV and WIT

Tipperary filmmaking students have hit a home run after dominating the awards at the Student Media competition last month.
Nenagh film maker Niall Kenny, along with fellow Clonmel man Allister Higgens, took home the top award for their “evocative” blend of reconstruction and archive material for their Irish language film ‘An Lá a Thit an Condor' which focused on Kenny's grandfather recalling the day eight German pilots landed in Nenagh during WW2. Pic: Director Niall Kenny’s grandfather, pictured, who features in ‘An Lá a Thit an Condor’

Kenny and fellow filmmaker Higgens, who co-edited the film, studied Television and Digital Media Production in WIT. The students took home the top award for Best TV Production of Documentary or Drama in Irish at the awards ceremony. Following in the footsteps of former graduates of the course, this years young group of filmmakers will also hope to win awards and have their work broadcast on TV and screened at some of Ireland’s best film festivals.

Films produced on the WIT course have gone on to win Best Irish Language documentary at the National Student Media Awards every year since 2014.

Other nominated films for the Student Media Awards included ‘Turas an Dreóilín’, a warm observational documentary in which the filmmaker Donie Nolan captures the unique tradition of the Carrigkerry Wren Boys in his native West Limerick over Christmas 2016. In ‘Is Cuimhin Liom’, filmmaker Sarah McCoy gives us an intimate and surprisingly humorous portrait of Gerald Linehan as he and his family come to terms with his Alzheimers.