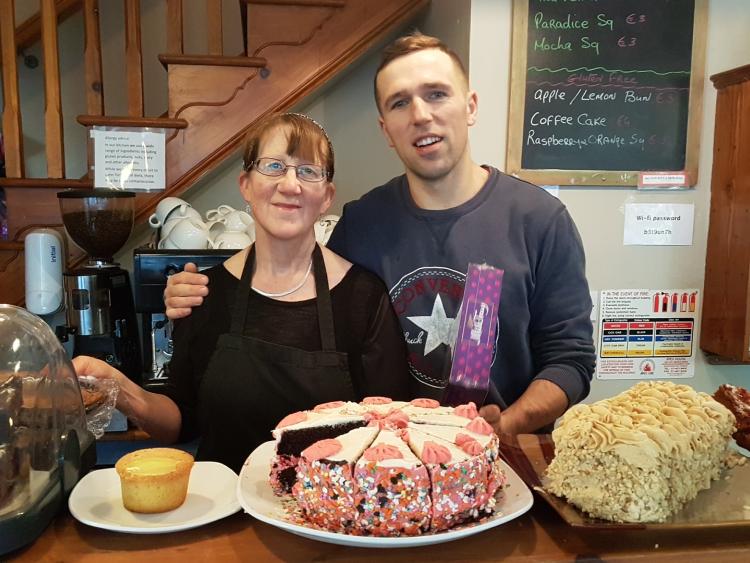 Deirdre Lyons and Michal Miszkurka, part of the team at Cafe LArche in Callan

L’Arche communities in Ireland and Northern Ireland are ready for a party. The reason? L’Arche is turning 40 this year, a massive milestone that commemorates four decades of people with different levels of ability, nationalities and backgrounds sharing life together in community.

L’Arche, a French word for ‘the Ark’, is an international network of faith communities where people with and without an intellectual disability share life together. Their mission is to make known the gifts of people with intellectual disabilities. Everything L’Arche does is grounded in their belief in the unique, sacred, and unrepeatable gift of every person, and the transformative power of mutual relationships between people of differing abilities. “Ours might sound like a simple goal, but if you analyse what’s happening in the world, where differences seem to be excluded and even punished, you realise how important our message is and how challenging this work can be”, Mairead Boland-Brabazon, CEO at L’Arche Ireland and Northern Ireland explains.

L’Arche was founded in 1964 in France by Jean Vanier, Canadian philosopher, theologian and humanitarian. Distressed by the appalling conditions he saw in the institutions where people with intellectual disabilities were being treated, Jean invited two men with intellectual disabilities to live with him. The three created home life together, sharing daily tasks and times of relaxation as a family. From these simple beginnings, L’Arche has grown into an international federation of 149 communities in 37 countries.

In Ireland, L’Arche started in 1978 in Kilmaganny, Co. Kilkenny. Jean and his sister Thérèse were personally involved in its foundation, together with the people of the village. During the past 40 years L’Arche Kilkenny has grown so that today it includes four residential houses, a Café, four Independent Living Core Member chalets, a garden workshop and a craft workshop. L’Arche has also started communities in Cork, Dublin and Belfast. A Story Made in Ireland

Helen O’Shea was one of the first core members to move to L’Arche in Ireland. Her father was closely involved in the formation and opening of the first house. “He and I sat down many afternoons in the pub to talk about Helen, especially after her mother passed away. He was very worried about Helen’s future”, Dr. Pat Crowley, L’Arche founding committee member, remembers.

Dr. Crowley was well aware of the challenges people with disabilities faced back then. “There were no places for them in rural Ireland, which meant many would end up in psychiatric units”, he comments. “I was working on community projects at the time. Archbishop Peter Birch had invited Jean Vanier to Ireland and he came to Kilmaganny in 1976. He realised quickly the community would do whatever was necessary to open a L’Arche house, so he appointed a small committee to make it happen. I was invited to be part of it later on”.

Simultaneously, Alva Fitzgerald, who at the time was only 24, was living in L’Arche in Trosly, France. She had decided to volunteer overseas, looking for a better way to care for people after her experience working in a geriatric unit in Ireland. “After Jean came to Ireland, he went back to France and asked me if I’d be willing to come to Kilmaganny to open the community. He was very impressed and said the setting was almost unique in the sense that there was a very solid group of people getting everything ready for L’Arche, as well as lots of support from the larger community and the local parish. And so I did, I became the founding Director of L’Arche, a huge task for someone so young,” she comments.

Through the generosity of Moira Moore, Moorefield house was donated to the dioceses, who in turn invited L’Arche to use it. Since then, the L’Arche community has always been deeply grounded in the local Kilmaganny community. “We are hugely grateful for the long and continued support from the people of Kilmaganny and surrounding areas. This milestone wouldn’t be possible without them”, Mairead explains.

From the founding of the first house in Kilmaganny, L’Arche Ireland has grown into four thriving communities in Ireland and Northern Ireland. It has opened a community in Cork, which is currently the biggest in the country with 5 houses and a Day Service in Togher. L’Arche Dublin came next; at the moment they have three houses in Baldoyle. The newest L’Arche community then opened in Belfast, where they will soon have their third house.  This will be a great addition to the innovative cooking, catering, gardening and art day projects L’Arche Belfast has throughout the city.

“L’Arche is a very organic organization. We are deeply grounded in the larger communities where we belong and constantly evolve to respond to the changing needs of our core members. These 40 years have been quite a ride, but I personally believe it is a privilege for us to share our lives in community. In a world that is so divided and broken, L’Arche is a sign of hope and peace. We are a very diverse group from all walks of life. Some of our disabilities are obvious, some are hidden, but all of us share in the mission of L’Arche, of changing the world one heart at a time”, Mairead comments.