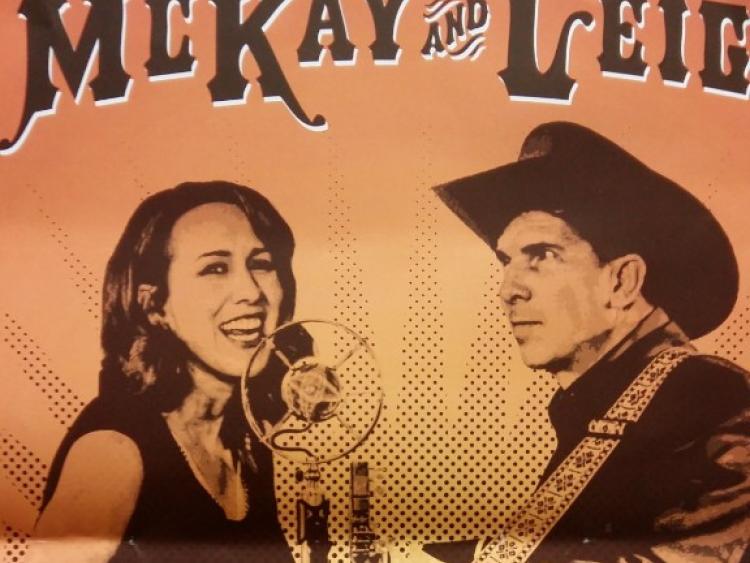 US based songwriters Brennen Leigh and Noel McKay are set to play Finn's Bar, Borrisoleigh on Tuesday June 19th at 9pm.

Before the World Was Made began taking shape three years ago right as Leigh’s solo high watermark The Box stirred waves far and wide. (Lee Ann Womack, Sunny Sweeney and the Carper Family have covered her defiantly traditional country songs). By that point, Leigh was well rooted in Austin, where she moved after growing up playing in a family band in Minnesota.

“I was attracted to the scene in Austin,” she says. “It’s a great place to learn and get better at what I do.”

“Noel and Brennen are great songwriters,” says Clark, whose new album My Favorite Picture of You contains the McKay co-write “El Coyote.” The album went on to win a Grammy for best Folk album in 2014.

Before the World Was Made proves his point.

“Some of these are songs that Noel had from a long time ago that we reconstructed,” Leigh says, “and some we wrote together recently. Writing duets is just almost like writing from one point of view and splitting it and making it make sense. Like ‘Ball in Chain,’ is not like a fight song. Same with ‘Breaking Up and Making Up Again.’ They’re dysfunctional, but the characters are happy with their situation, so it’s almost from one point of view.”

The singular duo effortlessly balances wit (“Let’s Don’t Get Married”) and whimsy (“Let’s Go to Lubbock on Vacation”) throughout. “I’ve loaded up the Nomad and the tank is full of gas/We’ll ride along across the High Plains fast,” the latter goes. “We’ll find the sweetest spot on God’s creation, my pretty little turtle dove/Let’s go to Lubbock on vacation.” Punch line: “Then we’ll know we’re really in love.” The pair consistently doubles down with sharp snapshots charting equally unpredictable romantic byways (“Salty Kisses in the Sand,” “Great Big Oldsmobile”).

“We kind of set out to make out a record of songs that we were singing together, even if it wasn’t specifically duet songs,” McKay says. “We both have solo careers to think about, but we’ll probably revisit this over and over and it’s a nice thing we can keep doing.” “We got to where people were asking us about certain songs and lumping us together in their mind,” Leigh adds, “so we thought we should make something to pay homage to that. Of course, people like the funny ones the best.” Good reason: Only kindred spirits allow a song as wickedly waggish as “Be My Ball and Chain.” Priceless.

Everyday conversation suggests Leigh and McKay indeed share a single mindset. The pair simply compliment each other in every way. “Brennen’s really great at melodies,” McKay says. “She’s always kicking around a melody around the house and it’s great and she’ll attach it to a lyric idea that’s equally great. She writes characters in her songs like a novelist.” “Noel always has the line,” Leigh counters. “It’s like, How are we gonna wrap this up? How are we gonna bring it around so it makes sense? He always ties it up. He always knows. Noel’s a poet.”