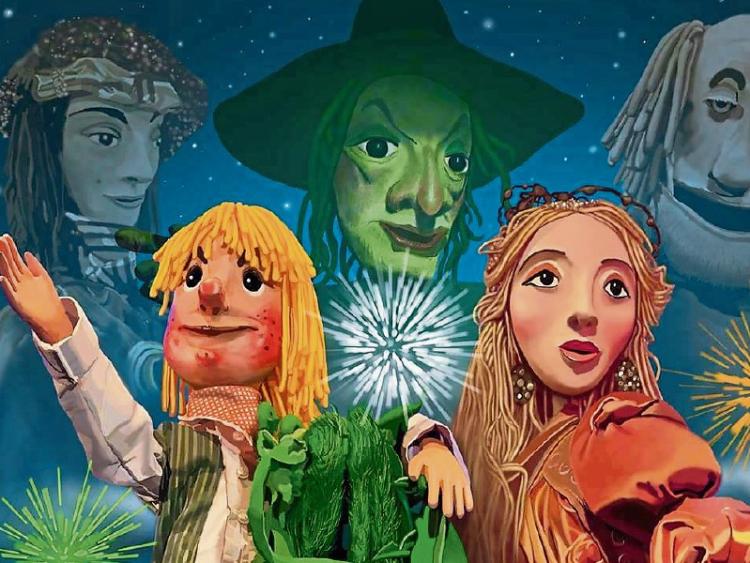 The Lambert Puppet Theatre will be a huge attraction.

Ballynonty is the place to be on Sunday week, July 22nd when the village plays host to the Internationally acclaimed Lambert Puppet Theatre and star ballad group 'The Kings of Connaught' as headline acts for its annual family fun day.

The famous Lambert Puppet Theatre and Museum, based in Monkstown, Dublin, made an historic first visit to the Ballynonty Field Day last year, and not surprisingly their performance thrilled hundreds of children and their parents.

The theatre performs most of its Irish shows at its base in Clifton Lane, Monkstown, so, the Ballynonty Committee, thanks in no small way to the help and influence of Laura Wynne, has pulled off a major coup in securing their services for a second year running.

Laura, an accomplished performer with the Lambert Theatre, is proud of her Ballynonty links. Her mother Joanie is a member of the popular Perry family who have given distinguished service to voluntary community work in Ballynonty down through the decades.

A family run business, the Lambert Theatre was founded by the legendary Eugene Lambert and for a whopping forty-six years it has been providing unique style puppet entertainment.

Fondly remembered for its yesteryear RTE TV series 'Wanderly Wagon' the theatre rolls into Ballynonty for a 2pm performance on July 22nd.

'The Kings of Connaught will hit the stage in the marquee at 7pm on the Sunday evening for their eagerly anticipated show.

The young five piece folk/ballad group, based in Tuam have taken the country by storm in the last few years and released a new single "Right All Right" in 2017.  The group features Liam O' Grady, Mark Costello, MacDara Connolly, Thomas Ryan and Michael Tully.

Liam O'Grady (vocals, banjo, and guitar) has Tipperary blood in his veins, his mother Helen is a member of the well-known Ward family of Derryvilla near Glengoole.

Helen is a close friend of Ballynonty committee member Miriam (Healy) Graham, and the organising committee are very grateful to both ladies for their assistance in arranging the concert.  A measure of their status as balladeers is the fact that the "Kings of Connaught" were support group to the Wolfe Tones in their concert at the Dome in Thurles.

The 'Kings' make a welcome return to the Slieveardagh region, they gave  a rivetting performance in the famous Buddy's Shed in Glengoole in the past.

Their local fans are in for another treat when on the Ballynonty stage they will bellow wonderful hits such as "McAlpines Fusiliers",  "The Streets of New York"  and "Farewell to Carlingford," to mention but a few.

Field Day activities on July 22nd start with a Fancy Dress Parade at 1pm and once again the village will be a kaleidoscope of colour for the big event.

Other attractions on a comprehensive line up of activities include a dog show (3pm), and kids races (3.30pm).

Tickets for the Fun Day can be purchased at Perry's Shop an Service Station, Ballynonty, or from any member of the local community committee.

The enterprising committee have toiled unsparingly in the last few years in their campaign to raise sufficient funds to develop community amenities.

A modern track for walkers has been developed in the community field, an eye-catching amenity which is the envy of many communities around County Tipperary and much further afield.

People of all age groups are thrilled to avail of the ideally located facility.  The committee have their sights set on a number of other projects to further enhance the community field development.

They are extremely grateful to the public for their ongoing financial support, and, look forward to a huge turnout for their next big community day, July 22nd.

The commitee also appreciate the help and assistance of very many people in staging their 'gala day.'  Ballynonty will be en fete on Sunday July 22nd. All are welcome to the picturesque hamlet situated beneath the Slieveardagh and Knockavardagh hills of South Tipperary.