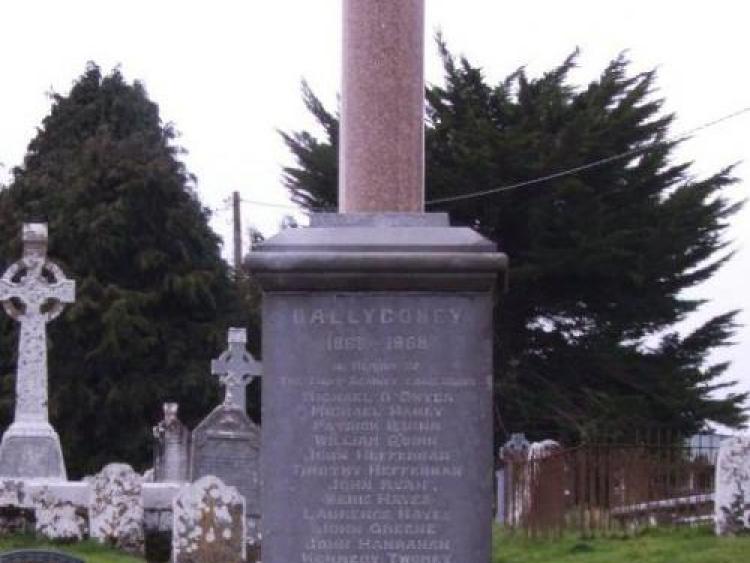 A memorial to the Ballycohey Incident

Plans are already well advanced to commemorate the sesquicentenary (150th anniversary) of one of the most significant events in the early years of the Land War.

Known locally as the Ballycohey Incident, it took place in August 1868, during an attempt by the landlord William Scully to serve ejectment notices on a number of his tenants in the Shronell townland of Ballycohey.

More details of the celebration will become available during the coming weeks. Watch the Lattin Cullen community news in The Nationalist for details.