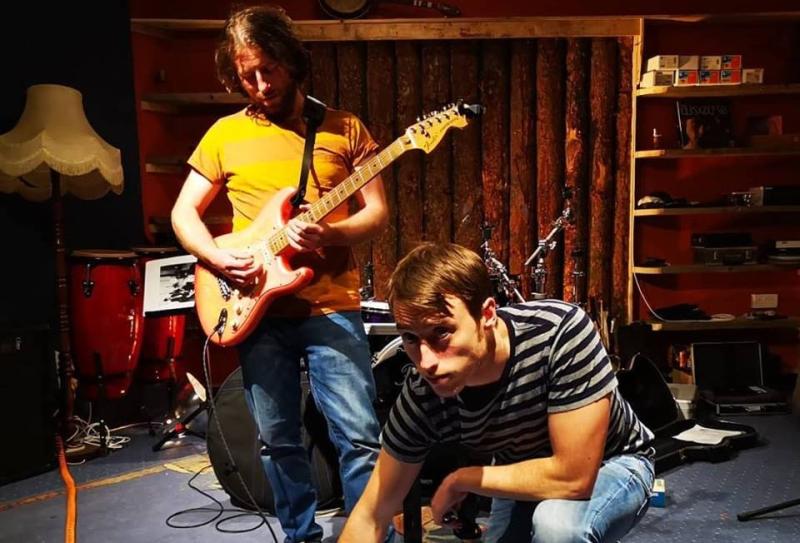 Tipperary band Seskin Lane will launch their eagerly anticipated single ‘Are We There Yet?’ in Hickey’s Bar Thurles on Sunday night.

The Thurles four piece made up of Eoin Ryan Anthony, Cian Cronin, Paudie Ryan and Ed Dwan recorded the song at Twin Oaks Studio in the town last August.

The song tells the story of a disillusioned band fed up with playing on earth so decide to book gigs in outer space.

“The band can't get gigs at home so head for the moon but before they even leave are asking are they there yet,” explains founding band member Eoin joking that the song isn't an autobiographical story.

“I first recorded it as a demo last year and sent it to the rest of the band but we all put our own stamp on it. It was a real collaborative effort,” he adds.

Since forming in 2010, Seskin Lane have performed in countless venues across the county as well as booking a spot playing at the revived Feile Classical in September. Having been influenced by everything from Pink Floyd and Luke Kelly to Sam Cooke, Eoin says the band are always eager to explore new sounds, in particular during their live shows.

“We're lucky that we have some really talented female musicians and vocalists who perform with us at the band's live gigs. We like to go that little bit extra and when the crowd are dancing or singing along we definitely feed off that energy,” he says.

Seskin Lane launch their latest single 'Are We There Yet?' in Hickey's Bar Thurles on Sunday October 28th starting at 9.30pm. They will be joined by fellow Thurles musician Locklin who will perform songs from his new EP.