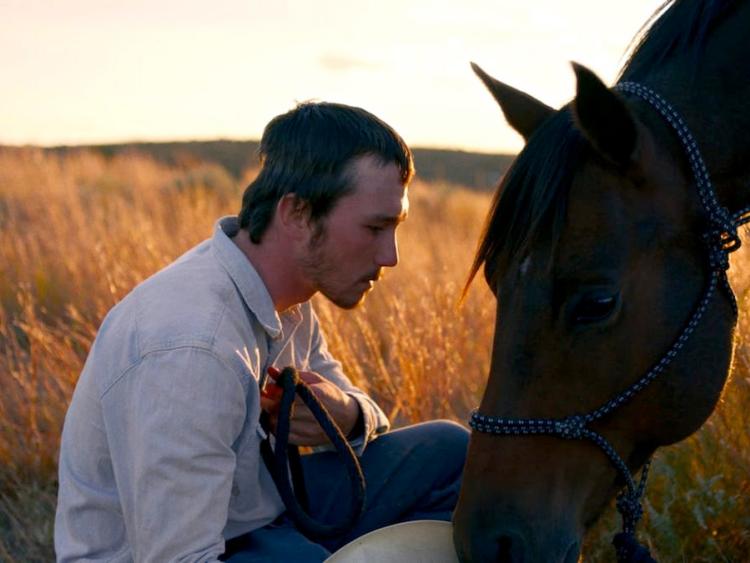 A young Native American must re-evaluate his life after a serious rodeo injury threatens to end his days in the saddle in Chloe Zhao’s inspiring drama The Rider.

Set on the Pine Ridge Indian Reservation in South Dakota, the story follows young rodeo competitor and horse trainer Brady (Brady Jandreau) as he is forced to reconsider his future after a near-fatal injury leaves him with a metal plate in his head and seizures in his right hand.

After his doctor warns him never to ride again or risk killing himself, Brady struggles to accept it as it means not only giving up his passion but also deprives his family of their only real income.

Determined not to be restricted by his circumstances Brady sets about finding a new purpose to give his life meaning and in the process redefine his notion of what manhood means in today’s American heartland.

The Rider will be screened in the Source Arts Centre in Thurles on Wednesday Dec 5 at 8pm. Tickets: €9/€5